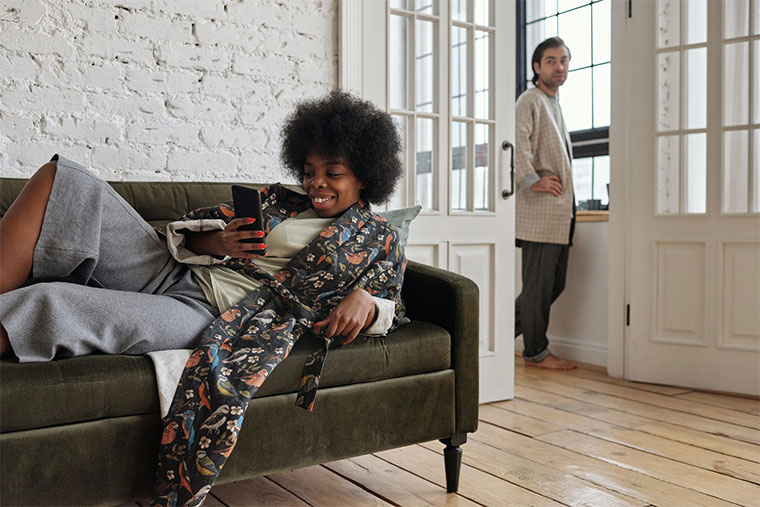 Over the next few days, I continued my surveillance of the apartment building every day after work, and drove past it each morning, but did not see the mystery man again – until that Friday.

David was meeting an old friend for a few drinks after work and had invited me to join them, but I was sure he had only issued the invitation to be polite and would much rather hang out with his friend without me tagging along, and had turned it down.

Besides that, even though I had not had any success yet, I had become fixated on my surveillance of the apartment complex, and with David tied up for the evening, I viewed it as the perfect opportunity to watch the complex for longer.

For the first hour or so, nothing happened, and I was beginning to second guess my decision to come when a car in the oncoming traffic turned on its indicator a few meters to the apartment gate.

There were two other cars in front of it; so, I initially could not get a clear view of the driver, but being a Friday evening, the traffic was moving at a snail’s pace; so, I knew I would get a better view once he got closer, and sat up straighter in my seat as the traffic inched forward.

Minutes later, as the car in front of his drew level with mine, I finally got my clear view, not just of his face, but what he was wearing as well – a doctor’s coat – and in that moment, it all came back to me, and I knew precisely where I had seen him before, and exactly who he was.

There was no word from David over the next few days, and although part of me appreciated having some time to myself to clear my head, a larger part missed him and longed for the way things used to be between us.

I tried to distract myself with caring for Junior and chores around the house, but there are only so many times one can clean a house, before that gets old, especially when they are the only one around capable of dirtying it; so, it was pretty clean to start with.

The sheer boredom of my days got me thinking about returning to formal work, something I had not thought about until now, when each day seemed to get emptier and emptier.

This time on my own made me realize that I had been totally satisfied with living my life for David; it had been enough for me to cook and clean for him during the day, talk and make love to him in the evenings, and nurture his son, a part of him that would always bind us together.

Besides that, David gave me more money than I ever earned while working; so, I really did not need to work, but he wasn’t coming by anymore and appeared to be working on fixing his marriage; so, although he still paid the bills and deposited money on the account, it would be stupid not to consider the possibility that this too might change some day, and that it would be prudent to have a back-up plan – just in case.

This was my general train of thought that Friday evening as I sat on the couch in the living room, gently rocking Junior on my laps. I had just finished feeding him, and was waiting for him to burp before I took him in for his bath, when there was a knock at the front door.

For a second, I thought it might be David and my heart skipped a beat, but then I remembered that he had his own set of keys to the apartment and never knocked.

So, I got up hesitantly to answer the door, uncertain of who it could be, and froze when I opened it to find Kenneth standing there with a pizza box in his hands.

Throughout the week, I stood firm in my decision to stay away from Julie, and did not so much as drive past the apartment block, but that Friday, my resolve weakened.

I had made plans to meet up with a pair of old friends after work that evening, but one of them cancelled at the last minute, and while the other had shown up, his partner had kept calling him throughout the evening, until he had finally caved in two hours after he arrived and decided to call it a night and head home.

Diane knew of my plans and was not expecting me back for at least another two hours; so, it was the perfect opportunity for me to pass by the apartment without being rushed for time to get back to the house, and I could not pass it up.

Besides that, despite the fact that he was still too young for me to do any real bonding with, I had actually missed Junior, and although I was not quite as ready to admit it, I had missed Julie as well.

I had secretly hoped she would get in touch, but there had not been a word from her, and her prolonged silence was beginning to make me uncomfortable. Surely she could not still be sulking; and yet, what other explanation could there be?

Fortunately, I had at least two hours to get to the bottom of it, and as I drove the familiar route to the apartment, I determined that it was time for Julie and me to stop playing childish mind games and rather sit down and talk about what was going on, and what our respective positions were.

I drove into the complex as it approached nine, and was glad to see the living room lights on behind the drawn curtains; she was still up and with any luck, Junior was too, I thought to myself hopefully, as I parked the car and headed for the block’s main stairwell.