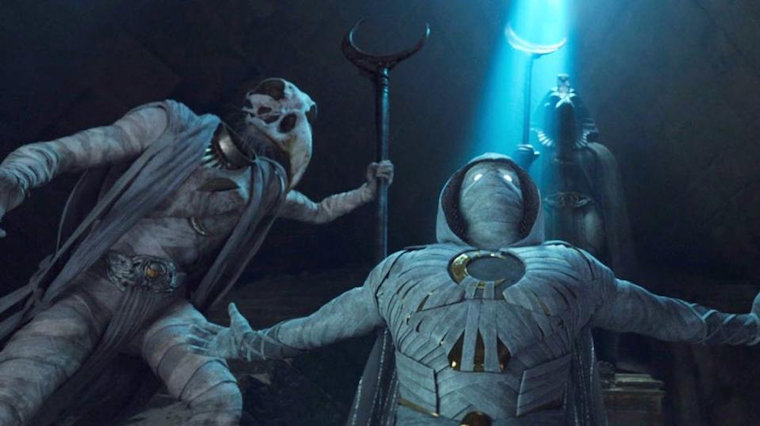 Moon Knight is over and it raises a question; why is Marvel so bad at finales? Every TV show they have made thus far has delivered a subpar final episode. Loki is the only exception.

Moon Knight was a great show, and the finale was not bad; just lackluster. Is this the best MCU show? No. WandaVision and Loki were superior. But third place is not bad. In fact, Moon Knight had a better finale than WandaVision.

However, when the latter was at its best, the show was unrivaled. Anyway, enough comparisons. When Moon Knight started, I had one primary concern. I’ve said this before. You can add as many messages as you want to a show, so long as you remember to prioritize your story and characters.

You should not sacrifice the story to deliver a political or social message. Luke Cage succumbed to this problem. Every other scene was a lecture about the trials and tribulations of black people in the US. I hated it. And the less said about Jodie Whitaker’s first Doctor Who season, the better.

Moon Knight had an Egyptian director that was quite vocal about his desire to present Steven Grant’s mental ailment in a respectable manner, which sounds like a perfectly reasonable goal. But I was worried that the mental health angle would take center stage, completely burying the Marc/ Steven/Konshu plot. But that never happened.

I was also worried that Mohamed Diab’s determination to highlight his Egyptian roots would produce another Luke Cage, but again, that never happened.

There’s a line (Are You An Egyptian Superhero?’ I disliked because it was so cringey, even in context. The superhero in question is one of the coolest characters I have seen all year. That scene could have said so much more with less, if that makes sense.

If Moon Knight were a novel, I would question how that bit of dialogue slipped past the editor. However, overall, Mohamed Diab impressed the heck out of me. The man has zero experience with big-budget Hollywood productions.

And yet, he gave us one of the best original stories the MCU has ever seen, only second to the original Iron Man. Moon Knight is a tricky character because even the name sounds dumb. But Oscar Isaac gave this show a level of depth I never expected.

The actor was tasked with portraying two wildly disparate personalities. You had Steven, the timid, mild-mannered British fellow with an aversion to violence, and the brash, violent, short-tempered mercenary in Marc.

James McAvoy’s showing in M. Night Shyamalan’s Split was more impressive. But Oscar’s undertaking was more difficult because it was more nuanced. Every time his character changed personalities, you could see the transformation in the smallest cues and ticks on the actor’s face.

This was an award-winning performance. When we first meet him, Steven is hesitant to sleep because whenever he loses consciousness, a new person takes over, dragging his body through perilous adventures.

The mystery drives this show. You want to know more, to understand where Marc came from, why he resides within Steven’s body, and how he got that awesome suit.

Some people think that Moon Knight has created more plot holes for the MCU than Kevin Feige could ever plug. But we should leave those questions for future movies to solve. Let us appreciate Moon Knight for what it is; an excellent, thought-provoking series on par with DC’s Peacemaker.