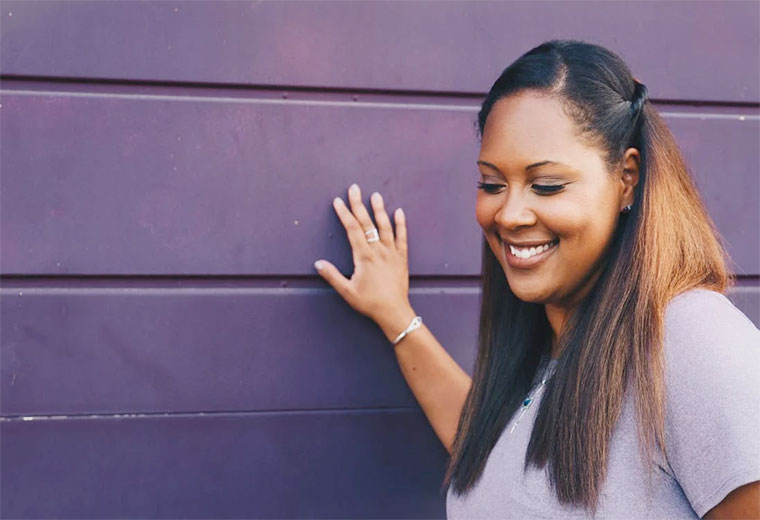 It turned out that Junior did not actually have an infection like Kenneth had first suspected, and that his distress was nothing more than a bad case of colic.

Although I was relieved that there was nothing seriously wrong, I also felt incredibly stupid and guilty for having called Kenneth in such a panic that early in the morning, over colic, which was quickly soothed with a bit of gripe water.

I apologised profusely as he drove us back to the apartment, less than an hour after we had left it.

“I’m so sorry I called you out over nothing.”

“I told you there’s nothing for you to be sorry about; Junior is fine and I got to see you again; so, for me, it’s a win-win,” he answered kindly, though once again there was an undertone of something deeper in his voice.

That ‘something’ had been lurking just beneath the surface every time he had looked at or spoken to me in the past hour since he arrived at the flat, and though it was subtle enough for me to pretend not to notice it, I definitely did and it left me feeling nervous, slightly uncomfortable, and eager to get back to the apartment.

Because we had left so early, when we got back, the rest of the apartment complex was just getting started on the Monday morning school runs, and our return attracted quite a few curious glances that made me feel like I was taking the proverbial ‘walk of shame’, even though the presence of Junior should have made it clear that nothing untoward was going on.

Nonetheless, the glances of the other tenants got me feeling even more uncomfortable and self-conscious than I already was. I knew the right and polite thing would be to invite Kenneth in for a cup of coffee to thank him for all his help and trouble, but I only let him walk us to the front door.

“Thank you so much once again for everything; I really appreciate it,” I said earnestly, but my posture, blocking the doorway, made it clear that was all the thanks he was going to get.

He could not hide his disappointment, but thankfully did not push it.

“You’re welcome anytime,” he answered graciously, and with a nod, turned and left.

The traffic gods appeared to be on my side that evening, and I arrived at the flat shortly after five thirty to spend time with Junior and Julie, then make it back to the house by seven thirty as planned.

Julie looked tired, but pleased to see me, welcoming me with a hug and light peck on my cheek.

“Hi. How was your day?” she greeted me warmly.
“Long and tiresome,” I answered with exaggerated fatigue.

Even though I had just arrived, I was laying the groundwork for my departure with my act, hoping it would provide enough of an excuse for an early exit and dissuade Julie from kicking up a fuss when I informed her I would not be staying for dinner – which I could already smell from the front door.

“Sorry; come on in and sit down and I’ll get you a glass of juice, or would you like something else? Coffee? Tea?” she offered, as usual eager to serve and please.

“Juice sounds good, thank you; I’ll just go wash my hands first. Where is Junior?”
“Asleep in the bedroom; please try not to wake him, I just put him down.”
“Sure,” I nodded, and then headed for the bedroom.

After I had washed my hands in the en-suite bathroom, I glanced down the corridor to make sure Julie was still out of sight in the kitchen, and then stealthily walked over to where Junior lay asleep in his crib.

Looking down at him sleeping so peacefully, I felt almost guilty about disturbing him, but nonetheless reached out my hand and started gently stroking his face.

“Hey, little man, daddy’s here,” I whispered, quietly enough so that there was no chance of Julie hearing me, but loud enough to wake a lightly sleeping baby.

According to my plan, I only had about an hour at the flat, and if Junior slept through that hour, I knew Julie would use that to protest my leaving, saying I had not spent any time with my son; so, it was imperative that he woke up.

Thankfully, after a few seconds, he stirred, and then stretched out first one hand, then another, before opening his eyes and promptly letting out a loud cry. With a satisfied smile, I picked him up and left the room, headed back to Julie.

It took Tracy and I most of the morning to go through the boutique’s inventory, but once we were done, I agreed with her that we needed to arrange for new stock.

Since we got the bulk of our inventory from Dubai, restocking meant at the very least a week-long shopping trip away, and while normally I would be happy to go, with the latest developments in the state of David and my marriage, I knew I could not leave, and regretfully told Tracy to take my place.

“Goodness me; last night must have gone even better than I thought if you’re giving up a shopping trip to stick around for more of it!” she teased me playfully.

I did not argue with her assertion, instead shrugging and smiling shyly, for she was right; last night had been amazing and I did want to stick around for more, but more importantly, I felt like my marriage was at a crossroads and knew I needed to be around to carefully steer it in the direction I wanted it to go.

While I was under no illusions that David and I could ever go back to where we had been before he went and had an affair, I was hopeful that we could go forward and start an entirely new chapter in our marriage, maybe one that was even better than what we had previously had.

After all, even though I had been happy and confident about the strength of our marriage then, it obviously was not perfect, since David had strayed. I was determined that this time round, he would be as satisfied with what we had as I was.

Now that I had him back, I was determined not to let him go again, and if that meant giving up a week-long shopping trip, then so be it; it was a small price to pay.