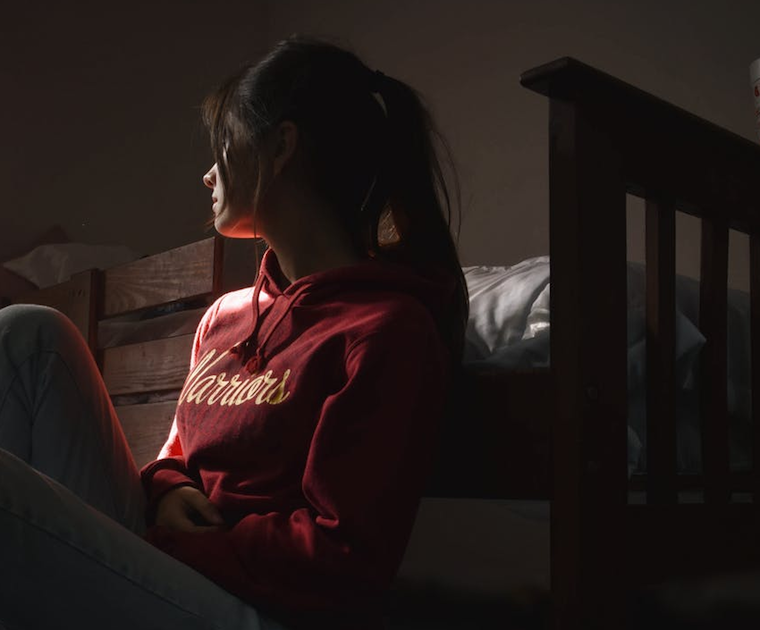 It was stupid of me to have believed I would be able to get my mother to leave without a fuss.

When the second week of her ‘visit’ began to draw to a close with no sign of her preparing to leave, even after I had dropped several subtle hints, I realized I would have to take a more direct approach; so, after dinner one evening, I steeled myself and broached the subject: “I’ve really appreciated having you here and helping me with Junior. I’ve learned so much from you and now I feel I’ve finally gotten the hang of things.”

“You’re welcome; I mean he is my first grandchild, so of course I had to teach you how to take care of him properly,” she shrugged.

“And you’ve been a great teacher, but I think I’ve gotten the hang of things now – so, it’s alright if you go back home now; you don’t have to worry about us anymore.”

“Are you letting me know you can manage on your own now, or are you asking me to leave?” she asked pointedly.

“A little bit of both,” I murmured nervously, turning away from the outburst I knew would undoubtedly follow.

For a few seconds, she said nothing as she seemed to process what I had just said, but then the words sank in, and the outburst I knew would happen, quickly followed.

“Eh! So, this is the thanks I get for coming out here to help you! Goodness! What have I done to deserve being thrown out of my own daughter’s home? By the way, it’s that one (pointing at Sandra with her lips) who asked me to come; I didn’t want to come to this place where you are living in sin with that married man, but she begged and begged until I accepted. Now see what is happening! You call me a cab, let me go and pack my things!” she snapped as she sprang to her feet.

“Mummy, please; you’re overreacting!” I tried to stem her tirade.
“Overreacting how? Haven’t you asked me to leave?”

“You don’t have to leave right now; it’s late.”
“I don’t care what time it is; you think I want to stay somewhere I’m not welcome? No! Call me a car right now!” she ordered angrily, storming off to the second bedroom.

It had been about two weeks since I moved back to the house, when I arrived at the flat one evening after work to visit with Julie and Junior and immediately sensed that something had changed.

The flat seemed lighter, more cheery, and I could not put my finger on why, but then it struck me: Sandra was in the kitchen with music on so loud I could hear it from the landing, Julie was cooing at Junior on the couch in the living room, but there was no sign of their mum.

“Hi love,” Julie greeted me cheerily. She never addressed me with endearments when her mother was around.
“Hi; you’re looking bright and cheery today.”

“He’s good; your timing is perfect, he just woke up a few minutes ago.”
“He knew Daddy was coming,” I joked proudly, then addressed the elephant in the room: “Where’s your mum?”

“She went back to her place last night.”
“Last night! How come?”

“Long story, but in a nutshell, it was just time for her to go – wouldn’t you agree?” she asked coyly.
“Well, she is your mother; she’s welcome anytime,” I answered carefully.

The truth was that I was only cautiously excited about the news; of course I was pleased that my visits would now be freer and more comfortable, without her mother scowling over my shoulder. And the thought that I might finally even be able to squeeze in some quality intimate time with Julie got me aroused – but there were reservations as well.

Since I had used the arrival of her mother as an excuse for me to move back to the house, now that she was gone, Julie might expect me to move back in, which I obviously could not do. If she did bring it up what would I say? And if I managed to come up with some excuse, for how long would I be able to pull it off?

When David sent me a message on a Thursday evening that read, ‘Hi. Joining some colleagues for a drink; be back later’, my suspicious antennae instantly went up.

While it was not unheard of for him to have a drink with workmates, for him to do so on a weekday certainly was, and I could not help but remember that this was how his affair with that whore had started.

At the time my main fear had been that I was losing his affection to another woman, but now I did not care about his affection; my main concerns were him making a fool of me in the public eye and giving time that belonged to his children to that whore and their bastard.

I was tempted to call and tell him I did not believe his story about a drink with colleagues, and warn him that if he was with that whore, I would not stand for it, but then I realized that to do so the first time he came back home late (since his return), would make me look like an insecure, paranoid wife. So, I forced myself to let the matter slide.

However, now that my suspicions had been aroused, I would be watching him like a hawk for any sign that he was back with ‘her’.

What I did not know was what I would do if indeed I found the signs I was looking for? Would I leave him? But where would I go?

Maybe I would ask him to leave, but where would the gain in that be? If anything, it would only accomplish all that I had been trying to avoid; I would look a fool, a wife abandoned for a mistress.

Besides, the children would lose time with their father to that whore and her bastard child. And yet, if none of those were solutions, what was?