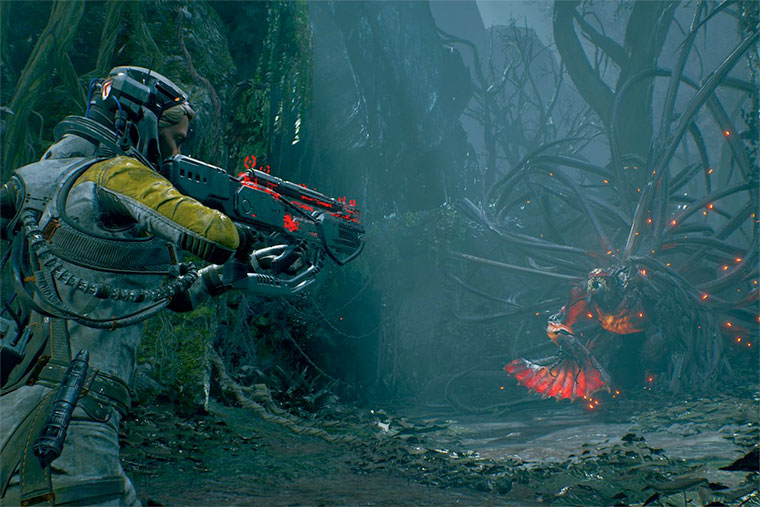 I asked myself, what came out this year? And the wrong answer my brain gave was Last of Us 2, which I quickly dismissed and thought, “I guess 2021 was a quiet year for video games.”

But that could not be further from the truth. It took a bit of jolting, but 2021’s numerous gems eventually came flooding back to me. Returnal came out in 2021, an eerie third-person sci-fi shooter with a time loop element that is not quite as maddening as you expect.

You don’t mind dying over and over again between bouts of jumping and shooting because the setting is incredibly beautiful, and the rewards are more than worth the effort.

Hitman 3 continued the trend of its 2016 and 2018 predecessors by placing a whole host of skills at Agent 47’s fingertips and charging him with finding the most creative means of killing people in exotic locations. For long-time fans of the stealth-focused franchise, Hitman 3 is a masterpiece, the perfect climax to a memorable series.

But it won’t make fans out of newcomers Halo Infinite was the game fans had spent years demanding, a departure from the developer’s tried and tested formula, but just as exciting as its forebears. If the series ended here, it would go out on a high.

Death Loop tried and failed to nurture the same fervent interest as Halo Infinite. The concept deserves praise. Phil, the hero, is caught in a time loop, and he can’t escape until he kills several sociopathic cult leaders within a 24-hour span. This game succeeds because it promises endless possibilities. It only stumbles because it does not deliver on those possibilities.

Guardians of the Galaxy, on the other hand, was destined to fail. Death Loop’s release was buoyed by that amazing trailer that preceded the PS5 showcase months ago. Guardians of the Galaxy had to follow a heavily maligned Avengers game. And yet, it succeeded despite the mediocre gameplay because of the strong soundtrack, engaging cast, and creative narrative.

Ratchet & Clank: Rift Apart has to be the most beautiful game on PS5. It was the most awe-inspiring title from the PS5 showcase, shocking viewers with animated characters and backgrounds so vibrant they looked like assets from a big-budget Pixar movie. You should play this game just to appreciate the technical spectacle on display.

Back 4 Blood was loud, violent, and every bit as fun and exciting as 2008’s Left 4 Dead, gifting players with a substantial arsenal of weapons and setting them loose in a world populated by the undead. If you want blood, guts, and mayhem, this is the answer to your prayers.

Resident Evil Village continued the tale of Ethan Winters, the tragic hero who tried and failed miserably to save his wife in Resident Evil 7. Marooned in Eastern Europe, Ethan must use his limited ammo to traverse a gothic maze of horrors. Capcom leans into the strengths of Resident Evil 7, delivering nail-biting suspense and aneurism-inducing jump scares. Yes, this is the game with the tall vampire lady.

Marquette made no sense, at least from the trailer. But everyone that has played this title from Annapurna Interactive loves the concept, which tackles life’s most profound questions via a series of challenging puzzles. Marquette is the kind of game you discover as you play. It has a contemplative quality that sets it apart from louder, less immersive rivals.

It Takes Two came from the same minds that developed Brothers: A Tale of Two Sons, a game few people can play without weeping. It Takes Two features a girl that tries to fix her parent’s marriage by sucking them into a magical book and sending them on a journey littered with inventive puzzles.

You couldn’t ask for a better couch multiplayer. Was 2021 the best year in gaming history? Maybe not. But it had so many unexpectedly strong titles that it is probably a contender for that crown.