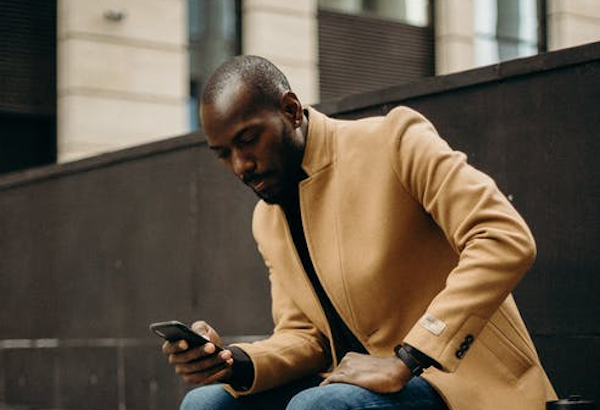 “Julie... Julie... wake up.... the baby is hungry.... wake up,” someone was shaking me awake, and I almost screamed in irritation.

It felt like I had only just fallen asleep and now I was being woken up again; surely after seventeen hours of labour, I was entitled to a few uninterrupted hours of sleep!

“Julie... Julie....,” they were now shaking me more vigorously; so, I finally opened my eyes. A nurse was standing there with my baby in her arms and a big smile on her face.

“Your son is hungry; sit up and I’ll show you how to latch him on the breast correctly,” she instructed and I groaned as I tried to pull myself up.

Sandra quickly came to my aid, propping pillows behind my back, and getting me comfortable to receive my son. Satisfied that I was up and in position, the nurse handed him over.

“Here you go; congratulations, he’s a beautiful baby,” she gushed, her voice annoyingly bright and chirpy.

Calling him ‘beautiful’ was not exactly accurate; his skin looked red and blotchy, and was peeling like a snake shedding its skin, and his head still looked squashed in the shape of the birth canal – beautiful he was not.

The first thought that struck me was that he was so small and delicate, and it was almost scary to realize that this tiny human being was now totally dependent on me. What if I messed up? What if I made a mistake and killed him? The weight of the responsibility was overpowering, and I found to my horror that I had tears streaming down my cheeks.

The nurse and Sandra were, however, thankfully oblivious to the real reason for my tears and found them adorable.

“That’s the pure power of a mother’s love,” the nurse smiled.

“It’s so beautiful, now I want to cry as well,” Sandra sniffed.

If only they knew.

I slept until two that afternoon, and woke up in panic when I realized I had overslept and missed the lunch hour at the hospital.

I also had over half a dozen missed calls from the office; so, I started with that; calling back and giving the vague excuse of a ‘family emergency’, much to the obvious frustration of my boss who complained with words like ‘unreliable’ and ‘inconsistent’, both of which got me wincing.

I had always prided myself on my work ethic; it was how I had come this far, this fast in my career; so, to have it questioned was definitely uncomfortable. I apologized again, then hung up and called Julie.

She answered on the fourth ring: “Hello.”

“Hi, it’s me; sorry I’m late for the lunch hour, I overslept,” I explained apologetically.

“That’s alright, I’ve just woken up myself.”
“I’m on my way now though; so, what should I bring you?”
“Nothing; I’m not really hungry, thanks.”

“Don’t be silly, you’ve just had a baby, you need to eat to regain your strength, there must be something you feel like eating.”

“No, really; don’t bother with anything,” she insisted.

“Well, you need to eat, I’ll pick you something and hopefully by the time I get there, your appetite will be back,” I answered firmly, then rang off and made my last call as I headed out the door.

I was not looking forward to calling Diane, but I knew I owed her an explanation and stayed on the call just long enough to give it, before going to get Julie some lunch. I would have preferred to order her a proper meal from a restaurant, but that would take too long and I was already late; so, a fast food take-away would have to do.

When I got to the hospital, Julie had dozed off again, but Sandra was awake and having lunch.

“You didn’t need to bother with a take-away, this hospital’s food is better than most restaurants’ food,” she remarked. “Not that my sister would notice, all she wants to do is sleep.”

“Considering she was in labour for almost a full day, that’s understandable,” I answered, surprised by the almost rebuking tone in her voice.

“Yeah, yeah, but I think she’s slept more than enough to make up for that; the nurse and I practically had to beg her to get up to feed the baby, and as soon as she was done, she slept again. I tried to wake her for lunch, but she wouldn’t budge; it’s only your call that finally woke her and as soon as she hung up, she went straight back to sleep!”

If Sandra wasn’t exaggerating, that did seem a bit excessive, but agreeing with her aloud would feel disloyal towards Julie; so, I did not answer and instead moved to Julie’s bedside and woke her with a light kiss to her forehead.

My maid returned that evening, and while the bruises from David’s assault had faded, they were still visible. She had the tact not to mention them, but I saw the shock and confusion on her face and felt compelled to explain: “I had an accident on the stairs after you left.”

“Oh no! I’m so sorry, madam; what happened?”
“I was just in a hurry, and wasn’t looking where I was stepping; so, I slipped, but it’s alright, nothing was broken,” I lied easily.

“Thank goodness for that!” she exclaimed. She had no reason to doubt the story; in all the time that she had worked for us, she had never witnessed any form of violence from David towards me; so, a tumble down the stairs would sound logical to her.

Besides that, of course, she was aware that David had not been living at the house of late; I needed to correct that too: “My husband will be returning from his work project soon; so, I want you to make sure all the rooms upstairs are done and set up properly; you know how he likes everything to be properly organized.”

It was the easiest way to get the guestroom done without spelling out that David would be sleeping in it; although she would figure it out soon enough, I was not ready for her to have that information just yet, for everyone knew that maids were the largest source of gossip on what was going on in a home. The last thing I needed to worry about now was neighbourhood tongues wagging.

“Yes madam,” she replied respectfully and hurried off to do my bidding.