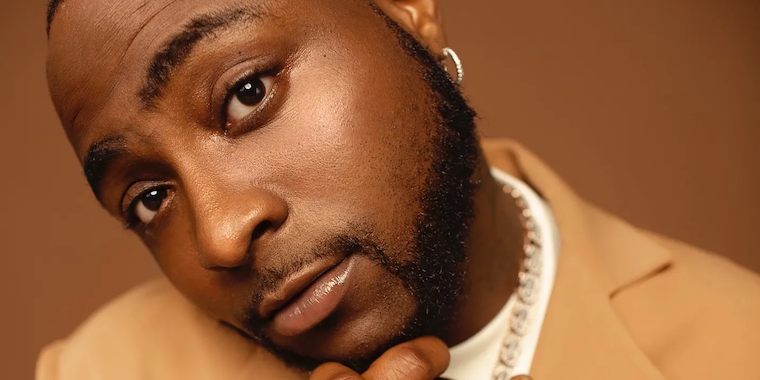 Whether it was intended or coincidence, two mega stars from the same continent conceived the same idea last week: to ask their fans for financial help.

Malamu singer Pius Mayanja aka Pallaso over here in Uganda posted on his Twitter handle, asking his fans to send him Shs 100m to enable him clear his Range Rover from Uganda Revenue Authority.

Across the continent in Nigeria, multimillionaire Afrobeats star Davido posted on his Twitter handle: “If u know I’ve given you a hit song... send me money…”

Within 90 minutes of the posts to his more than 31 million followers on Twitter and Instagram, the 28-year-old shared a screenshot of his account balance showing more than 42m naira (about $100,000 or Shs 370m) had already been deposited.

Back in Uganda, after 24 hours Pallaso, who ironically collaborated with Davido on Twatoba in 2015, was still sharing mobile money messages from fans who had donated mostly Shs 500 or 1,000 (less than half a dollar), prompting one tweep to comment: “At least this will make the world to think the shilling is a strong currency!”

Otherwise, Pallaso was mostly met with ridicule and criticism, with some vowing not to give him a shilling, for his not standing with the masses in past shows of civil disobedience.

Seddume (@Quarterbackface) tweeted: “Davido stood with Nigerians during #EndSARS protests, where were you Pallaso when Police killed innocent Ugandans….answer quickly.”

Not even Pallaso’s undoubtedly good music could sway Ugandans to send him more than Shs 5.3m, at the last count (by him), while on the opposite side of the continent, it was Davido’s music that moved even companies to send him money to “clear my Rolls Royce from port”.

One Lil Favo Capalot shared his pay slip of 1m Naira (Shs 8.6m) on Twitter with the message: “Your song resurrected my grandmother the day they wanted to bury her as DJ played Fall and If she raised up and said “I’m alive”. I’m giving you this one million, enjoy yourself.”

Davido shared that fans and friends sent him more than $403,000 (it went up to 200m naira – Shs 1.7 billion – at the final tally) in less than two days. Now, is that the star power that Pallaso simply lacks, or are Ugandans just really poor?

The Nigerian-American singer, whose real name is David Adeleke, had said in another post with laughing emojis, that his aim was to raise N100m to get his Rolls Royce car cleared from a port. That did not put his fans off, while in Uganda, the fact that Pallaso needed the money to clear a Range Rover was what irked the majority.

Stars and companies boasted of taking part in Davido’s campaign, posting screenshots of their donations, in a viral episode that has been met with positive and excited reactions on social media in Nigeria but also bemusement and criticism of the wealthy star publicly soliciting funds.

Nonetheless, the money kept pouring into Davido’s account. Back home in Uganda, the glaring disparity between the two economies and the star power of the artistes involved could not be ignored. Pallaso spent more time pushing back against naysayers than counting any money.

A tweep remarked that the only person in Uganda likely to garner a response like Davido’s from the Ugandan masses, is Robert Kyagulanyi aka Bobi Wine, the singer-cum-politician that stood for president in the January 2021 election.

Davido’s fans expressed their love for him with the loudest action one can ever hope to garner from any African; by giving their post-lockdown cash. A lot of it too.

The singer lightheartedly called out celebrities and friends in videos posted on Instagram Stories. He thanked stars ranging from singer Falz to the Nigerian Leicester City footballers Wilfred Ndidi and Kelechi Iheanacho, and Nigerian royals, between posts showing him sitting in a Lamborghini and appearing to buy luxury jewellery in Dubai.

Many fans posted screenshots showing transfers of a few dollars in appreciation for his almost decade-long career of international hit songs and as one of the continent’s biggest pop stars. But some have been fiercely critical, calling the stunt unethical.

“Nigeria is a dystopia,” said one person in a series of posts on Twitter. “Someone who isn’t in need encouraging people who are likely in need and who have much less than them to send them money is weird, man. In a country where only a small tiny per cent have up to N500k in their account.”

At the weekend, Davido released another statement on Twitter, saying he had collected 200m naira in less than a week from his fans and friends, and expressed his gratitude.

He then said he was topping up the 200m naira with 50m of his own, and donating all of it to orphanages across Nigeria. He set up a disbursement committee to take care of the funds.

“My goal is to do this fundraising every year to celebrate my birthday and give back to people in need,” Davido’s statement read in part. The singer has minted millions of dollars from a stellar career, but was also born to a wealthy Nigerian family.
By Saturday, November 20, Pallaso had collected Shs 5.3m (about $1,500), of which he donated Shs 1m towards the treatment of fellow artiste, former Big Tym singer Oscar, then updated his fans with crying emojis thus: “…now we only have 4.3 million Shs left. We need 100 million. Please send to MTN…..”

Additional reporting from The Guardian, UK.