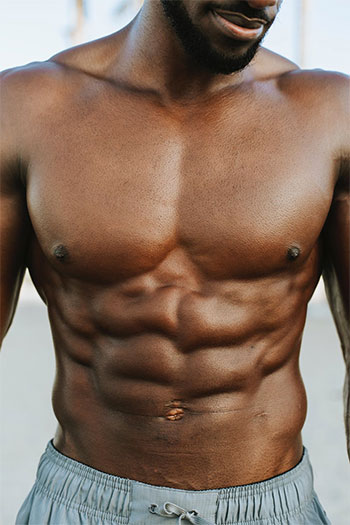 In the spirit of ‘eby’omunju tebitottolwa’ (marriage issues are not up for discussion), many wives have silently gone years without sex at all, because issues that come with an enlarged prostate gland are more common than men let on.

While an enlarged prostate is a health issue a big percentage of men reportedly encounter as they grow older, not all seek to have it fixed immediately, since – according to medical resources online – it is not necessarily cancerous and does not raise one’s predisposition to cancer of the prostate.

Many men are suffering quietly in their marriages, and unnecessarily invoking the ‘for better for worse; in sickness and in health’ clause of their marital vows over their wives.

One wife who works in St Balikuddembe market said she had to break the ‘eby’omunju tebitottolwa’ code of the marriage manual, to get her husband to seek medical help, because they had gone more than two years without making love, yet he expected absolute faithfulness from her.

“It is a strange and private disease, because you don’t see any outward signs of pain. First, [my husband] had difficulties urinating and then he became impotent in his late-forties,” she said.

While a doctor diagnosed an enlarged prostate, her husband declined further procedures, because he felt uncomfortable having another man tinker with his crown jewels for whatever reason. It seemed easier to sacrifice his comfort and sex life.

That is when his wife broke the silence code and petitioned his family.

“I told them what was going on and asked for their understanding should I stray or leave for sexual reasons, since their son was being stubborn about fixing the ever-worsening problem.”

As the bladder fails to empty properly during bathroom visits, the small amounts of urine one releases reportedly stink unbearably. The family intervened and with the ‘simplest’ surgical procedure, the enlarged gland was fixed and their sex life and marriage were sorted.

While prostate issues in the past were common with much older men, these days even men in their forties can have them.

As lifestyles and diets change to eliminate important aspects that previously came naturally to our ancestors, both genders are experiencing health complications related to hormone imbalances much earlier in life. Don’t get me started on the women’s issues… whew!

But gentlemen, when it comes to something that affects your ability to perform your conjugal duties, seek help. Don’t subject your wife to forced celibacy when your problem can actually be fixed.

I imagine, if an 80-year-old becomes sexually dysfunctional because of an enlarged prostate, his 75-year-old wife will find it ‘easier’ to hang her gloves as well (no offence intended). But for a husband in his forties to expect his 30-something wife to ‘surrender her guns to the sub-county headquarters’ just because he has run out of ammunition, could be asking for too much.

If it is already late and emptying your bladder and getting an erection are a problem, seek medical help, my friend. There is no shame in this and it is curable. Otherwise, unless your wife truly hates sex and was secretly wishing for an intervention like an enlarged prostate, your delay to find a solution is only creating bigger issues for your marriage.

But if you are above forty and are yet to encounter these roadblocks, then take better care of your prostate; go for check-ups, exercise more, eat a healthy diet (some men swear by a combination of roasted pumpkin seeds and nuts) – omega-rich fish, vegetables, avocado, less alcohol, are also recommended.

And talk to your doctor for more information on this. I am sure someone is waiting for me to say, have more sex to exercise that prostate gland, but that is a myth that has been debunked.

“‘Use it or lose it’ may be good advice when it comes to keeping mental skills sharp and staying in shape, but researchers say it doesn’t apply to certain aspects of male anatomy. In fact, a new study debunks the myth that frequent ejaculation can ward off health problems such as prostate enlargement,” online medical resource, Webmd.com says.