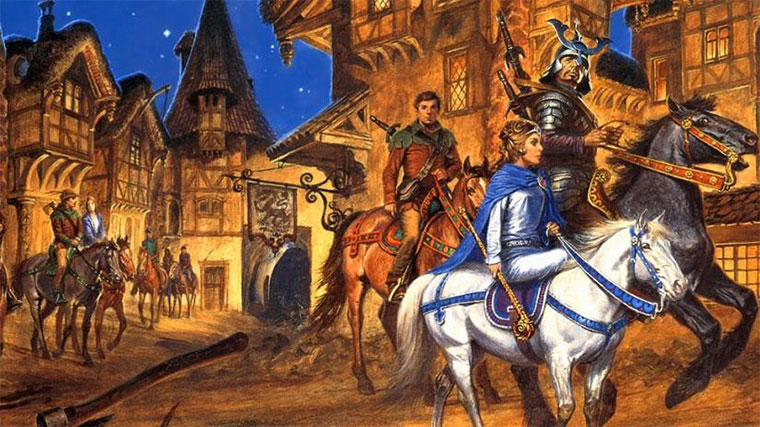 The Wheel of Time is out, finally. And the reactions range from awe and mild curiosity to absolute loathing.

I still don’t care about this book series, and I don’t intend to watch the adaptation anytime soon. The reviews have done nothing to change my tune.

But I am not foolish enough to take the response to this adaptation at face value. Here’s the thing. Book nerds are never happy. They can’t help it. Reading is an intimate and isolated activity.

Think about the last time you read a novel that completely captivated you. Someone else created those characters, but in those moments, they belonged to you. Your imagination brought them to life.

You stood beside Aragorn before the groaning gates of Mordor, waiting for the voice of Sauron to emerge; plummeted through the sky with Vin, raining hell on Marsh and his Inquisitors; stood your ground alongside The Vagrant, The Malice in hand, raised to face the wrath of The Uncivil.

Reading is a personal experience. Therefore, adaptations are intrusive. They take your perception and disregard it before reshaping the characters you love to fit the purpose of a random studio executive whose decisions are driven by a desire for profit as opposed to a need to respectfully adapt the works of a beloved author.

Though, even if they replaced that studio executive with a hardcore fan like you, the results would be the same. Because we don’t perceive the books we read the same way, your adaptation of The Wheel of Time would inevitably clash with the expectations of a sizable section of the fanbase.

Many readers hold the novels they read in such high regard that every minor alteration in the adaptation is offensive to them. But every rational human being understands that it would not be feasible to faithfully recreate these fantasy novels on the big or small screen.

If they did, Game of Thrones would turn into a 30-season show. Novels succeed because authors have the leeway to add incredible depth to plot threads and character arcs. TV shows don’t have that luxury. Viewers have limited attention spans.

To keep them engaged, you have to trim the fat, reducing a thick narrative into digestible episodes that can hint at the dense mythology in the books without boring audiences with lengthy exposition.

This brings us to The Wheel of Time, a show that has already drawn criticism for making significant changes to the mythology. The backlash is rooted in the fact that changes were made not to fit the limitations of the television medium but to accommodate modern sensibilities.

The most egregious of these sins is the decision to make Egwene a Dragon candidate, a development that has rubbed fans the wrong way because, in the books, the Dragon Reborn must be male.

The original Dragon – a man – went mad with power, and in the present day, male channelers are routinely hunted and killed because of the threat they pose.

In this setting, Rand’s potential as the Dragon Reborn is feared because he’s a man, and this ties into the gendered magic system at the heart of this world, a magic system the showrunners will probably rework to fit this drastic change.

From the little I have read, the backlash against these changes sounds reasonable because it was done to fit the moral considerations of 2021. A commenter in one of the discussions argued that people who want to update these fantasy classics for the 21st Century should just write their own stories instead of bastardizing beloved novels.

I was ready to chastise hardcore Wheel of Time fans for being too stubborn to give the adaptation a fair shot. But a brief exploration of their complaints has given their concerns merit.

The show is still ongoing. For all we know, the showrunners will justify these changes in the coming weeks. But until that happens, I don’t expect the opinions surrounding The Wheel of Time to improve.