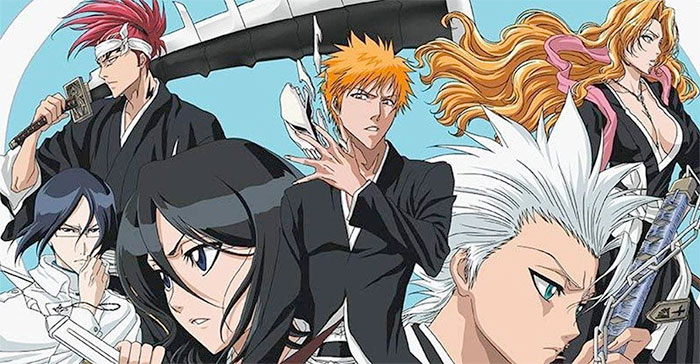 I have spent the last few months disregarding the news, simply because I did not care.

However, yesterday, I read Tite Kubo’s one shot and it changed my mind. Bleach was a big deal 15 years ago. At one point, it was the biggest anime and manga in the world alongside Naruto and One Piece.

Unfortunately, while Naruto and One Piece grew in quality and popularity with each passing year, Bleach declined. You could argue that Naruto went downhill as well, but it only crumbled in the final arc.

Bleach started declining almost immediately. The Soul Society saga – the very first arc – was the high point. Every arc that came after was progressively worse. By the time Aizen met his end in the final chapters of the Arrancar arc, a significant portion of the fanbase had fallen away.

The Thousand-Year Blood War tried to revitalize things, but it was too late. Eventually, Bleach came to an unceremonious conclusion and we all moved on.

Kubo spent the years that followed hinting at the possibility of a return. We all dismissed him until the news was finally confirmed a few months ago. The anime will return to adapt The Thousand-Year Blood War.

But if that was not shocking enough, Kubo released a new chapter of Bleach in August 2021; a one-shot designed to pave way for an entirely new manga arc. In other words, Bleach is back in its entirety.

I had no intention of watching the new anime. But then, based on a recommendation, I read the one-shot and I’m intrigued. Don’t get me wrong. I have zero expectations. Bleach failed to evolve as a story because Kubo introduced a massive cast of highly interesting characters in the very first arc.

Then he repeatedly neglected them in favour of Ichigo Kurosaki, one of the dullest heroes in all of manga. With each arc, Kubo’s cast would balloon, and with each arc, he would continue to downplay the relevance of anyone that was not Ichigo.

The Thousand-Year Blood War came around and the cast was so bloated that it weighed the entire arc down. The abundance of characters split Kubo’s focus.

Fights ensued. Character arcs would accelerate randomly, only to suddenly stall. Various plot threads were either dropped or given unsatisfying conclusions. By year three of that final arc, interest in The Thousand-Year Blood War had fizzled out.

I liked that one shot, but it laid the groundwork for the same mistakes that ruined the first iteration of Bleach. Ichigo is still the priority.

Renji spent the majority of the original manga losing and waiting for Ichigo to rescue him. What happens at the end of this one-shot? Renji loses, and Ichigo saves him. Also, we have a whole new cast of shinigami, which means a brand-new collection of Shikai and Bankai that Kubo will introduce and then forget to develop.

Don’t get me wrong. I love the concept. Soul Society has spent eons casting the souls of its most powerful captains into Hell. Now Hell is full and more than ready to revolt against the world of the living.

A week ago, I would have argued that Bleach was done: it had no new ground to till. The one-shot proves otherwise. Clearly, Kubo has a brilliant imagination. But I don’t think he has the self-control to tell a tight, unpredictable, well-paced story.