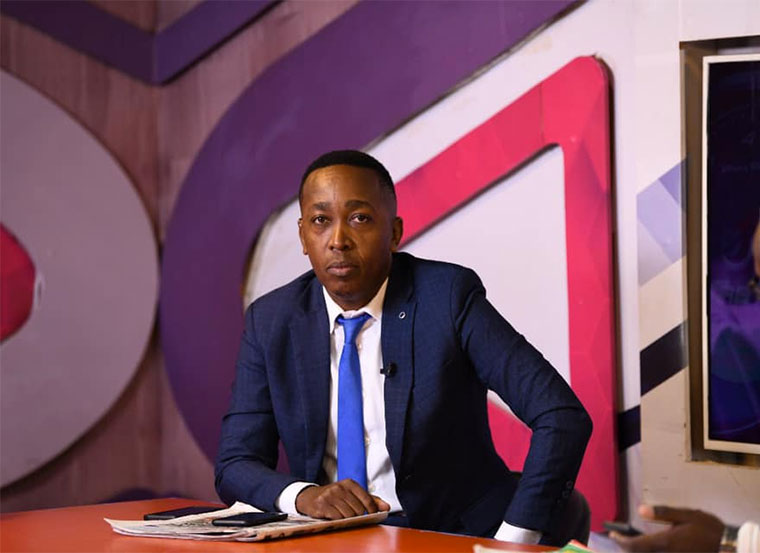 Miles Rwamiti last year left the Spark TV entertainment show Koona to contest for a parliamentary seat representing a constituency in Hoima. After the unsuccessful bid, Rwamiti has since found a new home at Urban TV. The flamboyant presenter talked to Nathan Atiluk.

How is life after elections?

I am very okay. It’s a competition like football; there is a winner and loser. [But] our politics has been killed to the level that even when you go somewhere and you tell people we work together for the betterment of our district, someone will ask for money for the vote.

That means the voted person will first get his money back before thinking of development. But again in Kampala no one cares, because they know you tried and things failed.

Why had you decided to join politics?

I’m not really a politician, but my family was so much into politics from the times of Apollo Milton Obote. My relatives were in Uganda People’s Congress (UPC). For me it was something that I felt I could do; I looked at the politicians then and was like, I have everything it takes to be a politician. That’s why I ended up going home.

What have you been up to?

I manage Urban TV since March this year. I’m working hard and in two years’ time, I want to see Urban TV among the three top television stations in Uganda.

Why didn’t you go back to NTV after the failed attempt?

I joined NTV Uganda seven years ago and when was I hired, they told me they wanted a local touch and I did so well. Every time I get a job, I have three things in my mind: you don’t have to overstay, try to learn from the job and move when you are supposed to move.  I ended up here at Urban TV as a station manager and remember it was not doing well; that’s the time they wanted to sell it, but look where we are now.

What was your biggest disappointment in politics?

That your close friends, family can’t believe in you, apart from a few that will support you. My family, relatives never believed in me, apart from my wife and younger sister who tried to support me. The rest never supported me; they said, ‘you can’t win and you don’t know politics’. So, I have learnt a lot and yes, we learn from our mistakes.

Who was funding your campaigns?

I actually used my savings and made sure I didn’t lose what I had. I never sold anything of mine like other politicians do; they sell their cars, get loans… I thank God I didn’t do that.

You were in the entertainment industry, why didn’t you join NUP instead of FDC?

I have principles; I don’t get excited. After not making it, my people blamed me for not joining NUP because everyone was there, but I told them the struggle is here and I don’t want to be excited. This is not my first attempt. In 2016, I contested for Kampala Mayor. But I have been in FDC. I believe in structures, I believe in the policies and everything they are doing.

Your social life amidst Covid-19 must be strange these days!

I have two faces; what you see on television is not what you see when I’m out of the station. I’m a family man, a proud father. I don’t go out, and the things I like are a bit weird.

I am a big-time fan of football; so, every day I make sure I run, play football after work… Now that we are in a pandemic, I spend most of my time with family, but I am not actually affected that much.