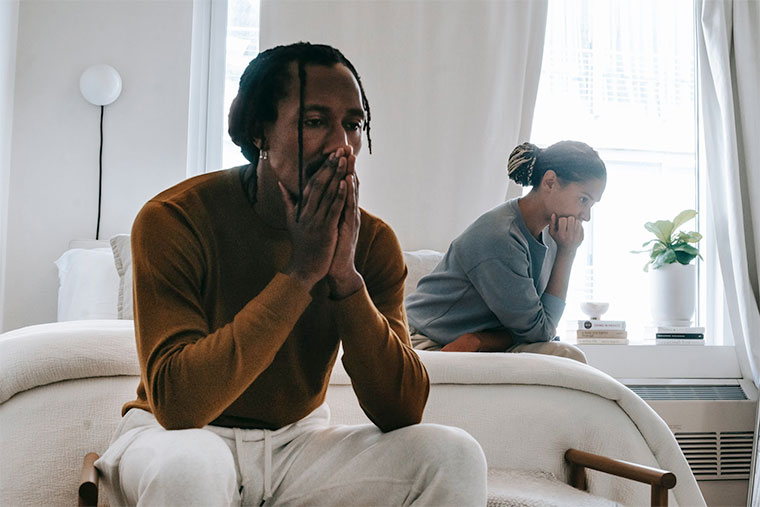 When I opened the door for Tracy, for a few seconds, all she did was stare at me in shock, before finally collecting herself.

“Oh my God Diane! What happened to you?”

“David decided to turn me into a punching bag,” I answered with a shrug.

“Yeap; Mr. Fancy Corporate Boss is apparently not above beating up his wife,” I answered.

“What on earth did you do?”

I was irked by her almost accusatory tone, like there was anything I could have done to justify David battering me this badly: “Why do you assume I must have done something?”

“I didn’t mean it like that; it’s just that this is so out of character for David! I mean, correct me if I’m wrong, but in all the years you two have been married, I’ve never heard you accuse him of violence.”

“Well, there’s obviously a first time for everything, but if you must know – I told him it was I who poisoned his whore, and that it was a pity she hadn’t died!”

“Oh gosh Diane! No wonder he lost it!”

“There you go defending him again. I’m the one who was battered over his stupid whore, but somehow that’s my fault, right?”

“Save it Tracy! I don’t want to hear it! What are you doing here anyway?” I interrupted her belligerently.

She was momentarily taken aback by my response, but in typical Tracy style, she recovered quickly.

“I came to check on you; I hadn’t heard from you, so I was worried.”

“Well, you found me, and if that was all, I would rather you left now.”

“No! You don’t be like this! Just go Tracy; I don’t want you here, so please leave!” I repeated firmly.

For a second, she looked like she was going to argue with me, but then she seemed to think better of it.

“Fine, I’ll go; if you change your mind and want to talk, you know where to find me,” she answered quietly, then left.

It was shortly after five when I arrived at the boutique to see Tracy, and after she had invited me into her office and closed the door behind us, she got straight to the point.

“I saw Diane this afternoon; I can’t believe you did that to her!”

“To be honest, neither can I, but did she tell you what caused it?”

“Yes, she did, and I’m not going to discuss that, or your reaction to it, because as far as I’m concerned, both are already done and there’s nothing any of us can do to change it.”

I was both relieved and surprised by her answer; I was so sure she had called me over to complain about me hitting Diane, but if that wasn’t it, then what was?

As though she could read my mind, she went on: “I’m worried about Diane,” she said. “Like I said, I went to the house this afternoon – and she was drunk! I know she enjoys a drink every now and then, but this was something else David – I think she’s developing a drinking problem.”

The relief I had felt seconds ago vanished instantly, because as soon as she said the words, I knew she was right. I had witnessed it myself, which was why I had had my sister take the children.

“Diane is a grown woman Tracy; if she wants to drink herself silly, there’s nothing I can do about it. It’s her life, she needs to sort it out.”

“Yes, she’s a grown woman, and yes, it’s her life, but I think you need to look at the bigger picture. She is also your wife and mother to your children, so whether you like it or not, it is your problem too. And what about the kids? They are your kids too; do you want them being raised by an alcoholic?”

“Of course not! If she can’t get it together, I’ll take them from her!”

“You and I both know that’s easier said than done. Those children need their mother; they just need her sober, that’s all.”

“And how am I supposed to ensure that? Hide the booze? Lock her up in the house?”

“I don’t have a clear cut solution; I was just stating that there is a problem and that you need to figure out a way to solve it. I think it’s time you realized what’s at stake here. I think you need to stop making decisions based on what works for you, and think about what the children need as well,” she said somberly.

“Don’t say anything right now; go think about it. I think you already know what you need to do, you just aren’t ready to admit it even to yourself yet,” she said knowingly.

I had heard enough and didn’t like where the conversation was headed.

“I need to go before the traffic gets too heavy,” I answered as I stood up.

“Alright, take care – and do the right thing David.”

“Thanks for your concern Tracy; take care,” I answered, then turned and left like I was being chased by the devil himself.

When David got back that evening, I could tell his upbeat mood from that morning was gone.  “Is everything alright?” I asked.

“Yes, everything is fine; it was just a long day,” he answered evasively.

I sensed there was more to it than that, but didn’t push him.

“The water is hot if you want to freshen up, and dinner is ready if you’re hungry.”

“Thanks; I’ll shower first,” he answered and headed for the bedroom.

“What’s eating at him?” Sandra, who had been watching our exchange silently, asked once he was gone.

Privately, I wondered if Diane had anything to do with it; he had come back slightly later than he normally did, and while that could have been down to something as simple as traffic or some extra work at the office, neither of those would explain his somber mood.

When he came out from the bedroom, showered and changed fifteen minutes later, he still had that pensive look on, and I silently served him dinner. Sandra had cooked it, but there was something intimate about serving him, so I insisted on doing that myself, even though she offered to.

However, he hardly touched any of the food, and that was totally out of character as he normally had a very healthy appetite.

“Is there something wrong with the food?” I asked with concern. Sandra sometimes put too much salt and while I had not noticed anything wrong with it, perhaps I should have cooked it myself…

“No, the food is fine thanks. I’m just really tired; I think I’ll call it a night,” he said, pushing away the plate and standing up.

And when I followed him to bed a short while later, he made no move to touch me.