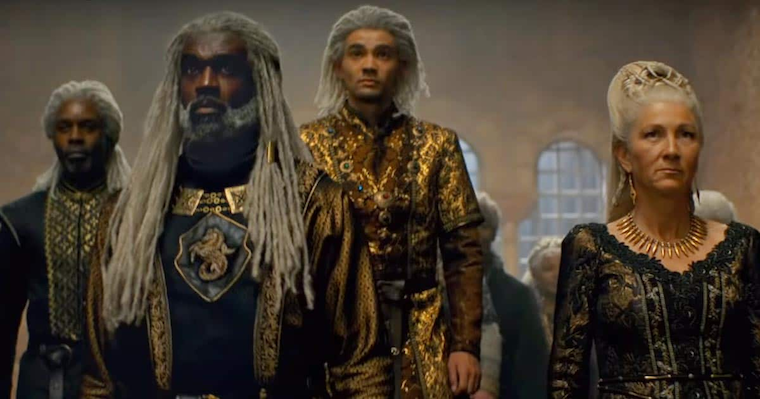 The Valyrian Freehold dominated the continent of Essos for five thousand years. Bolstered by the might of their dragons, Valyria ruled most of the known world.

But then the cataclysm came. Four hundred years ago, a string of volcanoes exploded. The so-called Doom of Valyria shattered the Valryian Peninsula, submerging the empire’s vast knowledge, sorcery, and dragons under a frothing ocean.

In the aftermath of the Century of Blood, during which numerous parties scrambled to fill the power vacuum, various colonies banded together to form Slaver’s Bay and the Free Cities.

In the absence of the tempering influence of Valyria’s dragons, the Dothraki hordes plundered their way across the continent, sparking a new age of savage conquest.

Compelled to act by his daughter’s prophetic dreams, Aenar Targaryen, a member of a lesser family of dragonlords, left Valyria before the cataclysm. With his clan in tow, Aenar planted roots on the volcanic island of Dragonstone, paving the way for a dynasty that would ultimately rule the Seven Kingdoms of Westeros for the next three centuries.

The Targaryen reign came to an end when Robert Baratheon’s rebellion dethroned the Mad King (Aerys Targaryen). If you watched Game of Thrones, you know what happened next.

The show starts 15 years after the climax of Robert’s Rebellion. After nine years of summer, winter is finally coming. Robert goes north to make Ned his new Hand and the fool actually accepts.

If you have no idea what transpired after, it doesn’t matter. House of the Dragon is a prequel to Game of Thrones, not a sequel. The show, which is expected to air in 2022, takes place two hundred years before the events of GOT.

During this period, King Viserys I Targaryen rules the seven kingdoms. Chosen by a council of lords to ascend to the throne, Viserys is warm and kind, the sort of man you want to see on the throne.

But trouble is brewing. The Dance of Dragons – the long Targaryen Civil War – is fast approaching. More than likely, it will mirror The War of the Five Kings from Game of Thrones. Viewers can expect a glut of violence, treachery, and political machinations.

HBO is going to saturate our screens with dragons. I vaguely remember a line from the books in which Tyrion (or someone else) describes dragons the size of mountains flying through the sky during the early days of the Targaryen reign.

Do I want to see that? I suppose. Look, the trailer told us nothing, and that is fine. At the moment, HBO is trying to tickle our curiosity. I don’t know how many people care.

Game of Thrones Season 8 came out in 2019, which sounds like a long time ago. But guess what? People are still debating that season to this very day.

In my opinion, season 8 was a crime against television, an insult, a slap in the face. It took years of goodwill and flushed them down the toilet. The thought of this franchise is still repulsive to me. I don’t know if I can bring myself to watch House of the Dragon. Admittedly, Matt Smith is very tempting.

He won me over as the eleventh doctor and I would love to watch his portrayal of Prince Daemon Targaryen. But House of the Dragon is tainted by the stink of season 8.

This show will probably stick the landing because House of the Dragon is an adaptation of Fire and Blood, a fantasy book from George R. R. Martin that explores the history of the Targaryens.

Unlike A Song of Ice and Fire, Fire and Blood is finished. The writers are working with a complete roadmap, which is encouraging.