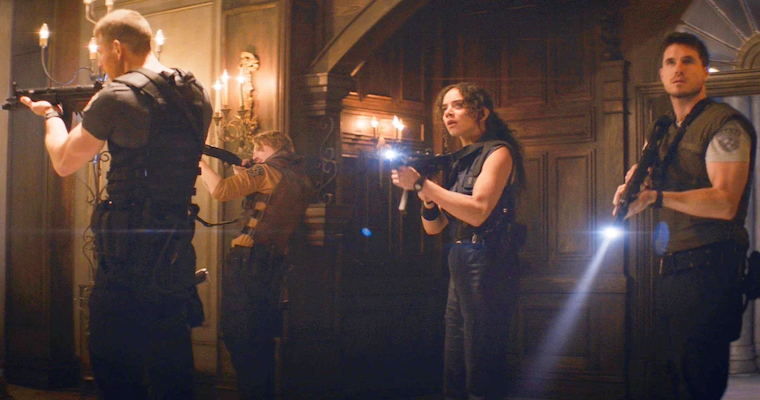 Resident Evil: Welcome to Racoon City is the Resident Evil reboot fans have been waiting for.

When it was first announced, they wholeheartedly embraced the idea of an adaptation that remained true to the video games. They went to great lengths to dismiss the Paul W.S. Anderson movies as utter failures that had tainted the Resident Evil name.

I have never shared those sentiments and could not help but laugh when the trailer for Resident Evil: Welcome to Racoon City came out a few days ago, because the movie looks terrible.

The first game, which debuted in 1996 chronicled the adventures of Chris Redfield and Jill Valentine, members of an elite task force that had to fight their way through a mansion chockful of zombies and monsters.

The sequel introduced gamers to Leon S. Kennedy, a rookie cop that had to escape a city filled with the undead. The latest adaptation wants to combine these two games into an exciting 140-minute horror film.

Let us shift gears for a second. Does anyone remember Tomb Raider 2018? The 2013 video game rebooted the Tomb Raider franchise, stripping the magic and the dinosaurs away and placing greater emphasis on Lara Craft’s grueling journey through a harsh landscape.

The 2018 action-adventure movie was as accurate an adaptation of the 2013 game as you could ever hope to get, and it sucked for all the reasons you now know, because we have dissected this issue before.

Tomb Raider 2013 succeeds because it feels like a movie you can control. Once you take that control away, it loses its charm.
Tomb Raider 2018 faithfully recreated the game’s most iconic moments, and they all fell flat because all the tension that comes from actively controlling Lara through those harrowing moments was gone.

This brings us to Resident Evil 2 remake. Is this one of the scariest games I have ever played? Yes. Did it entertain me? Yes. Would I watch a live-action adaptation of the game? Well, yes.

But I think it would suck for the same reasons that Tomb Raider 2018 failed. The story in that game is not worth telling on the big screen. Resident Evil: Welcome to Racoon City has the same problem.

I know where longtime fans are coming from. That first game shaped their childhood and they would like nothing better than to see an accurate representation of Chris, Leon, Wesker, Claire, and their adventures from the first two games.

But those fans should take their nostalgia glasses off long enough to realize that the world has moved on. An accurate adaptation of the first game would have been groundbreaking in the early 2000s.

It won’t land with general viewers today because we have seen The Walking Dead, World War Z, and numerous other movies and TV shows that have explored every relevant aspect of the zombie genre.

Paul W. S. Anderson’s seven-movie series is not great. But he did what he could to update the mythology, to keep the story relevant.  Granted, his series had a pathetic climax.

We can’t judge Resident Evil: Welcome to Racoon City just yet. For all we know, the trailer misrepresented the final product. But trailers are marketing tools. They are supposed to portray the movies they were designed to promote in the best possible light. This one failed in its role.