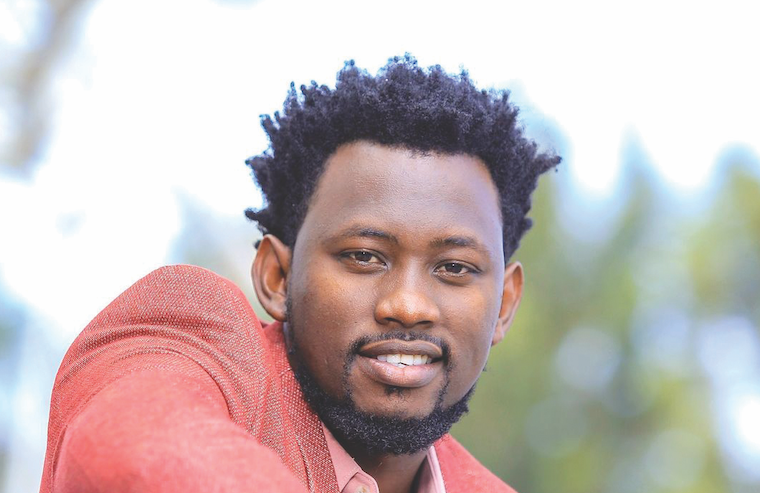 Sam Lucas Lubyogo, aka Levixone, 29, is a gospel artiste born and bred in Lungujja, and the brains behind popular hits such as Chikibombe. He spoke to Quick Talk about his life and musical journey:

Where did Levixone go to school?

I went to St Joseph Mapeera primary school Lungujja and Grace High School for senior one. In senior two, I went to Kasubi Parents were I completed senior two first term, then [dropped out of school].

That was so early! Why did you drop out?

I didn’t just drop out, but there is a boy we shared a class with; he was so bright that they would chase him for school fees and go home, come back, and still be first in class. I had a sponsor in school [willing to pay] until senior four.

I decided to talk to the headmaster so that he could [channel] all my school fees to the smart boy since I had very many other things I wanted to do. I lied that the sponsor was going to send more money [for the two of us], but later when the term ended without the school fees, they chased me and I started to do music.

Wow! How old are you?

What are your hobbies?

Your wardrobe is really good! Who designs you?

I have a guy called Yeba. He has a fashion house called Yeba Styles…[Levixone always looks sharp].

Tell me about your new song.

The song Mbeera is about situations people live in. People try hard to study but things turn in other directions; but there are others who go ahead and laugh at those suffering, not knowing their real story. Prostitutes do what they do because of what they are going through. The song encourages people that their situations will change…

Initially it was not my idea; it was Grace Morgan’s. He happens to be a mentor and is also a gospel artiste who came before me and is a man I admire so much. We met when I had a show in London.

He left when I was still young. I grew up and became fond of his music though he didn’t know me. [In London] I told him he inspires me so much and asked him if we could do a song together. [That’s how] we sang Mbeera.

How did you market your song during this Covid period?

I can’t lie to you that I have any magic. I just release a song via my YouTube, Facebook and left the rest to God.

I really want people to believe in Jesus Christ, because it is my mission; Jesus is the way, the truth and life.

What are some of the challenges you face?

I have faced a challenge of media outlets that publish false news. I wish they first ask before publishing anything. [Otherwise], I leave challenges up to God since He is the one who created me. He knew me before I was even born; so, He planned for my life.

How do you deal with criticism that you have collabos with secular artistes?

Apart from music, what other things do you do?

I have a charity organization called 92 Hands where we have fed over 3,000 people every Christmas. We have built houses for widowed mothers and we have built a school in Karamoja. We have women campaigns and other things we do to give back to God.

That’s sweet. What advice do you give the upcoming generation?

The only thing I can say is that everything happens for a reason. And also there is time for everybody. They should know that God never created a failure in His image.

They should trust in God, and not stop dreaming; they should keep focused, and love one another. It is the greatest commandment in the Bible.

Why do you think Ugandan gospel music is not breaking international boundaries?

Everything happens at its own time. Personally, I have been to England four times. I go to Scotland and I do my music and become well known. For example, Chikibombe is also known worldwide in Spain, Columbia… on Shazam it has been the number one hot list.

Which of your songs are you most proud of?

I’d say Noonya Omu, because it was my breakthrough hit. It was a very big song and it helped me to become famous. I love it and I give it all the respect.

When you decided to do music, how did your parents react?

By the way, when I started singing, I was on the streets; so, I didn’t have the restrictions of the parents. I could make my own decisions.

[But] I have worked with a young girl called Jemimah – she is seven – and then also Fresh Kid. Those young children are the ones who take care of their parents since God has given them the blessing and they are making money. So, parents should really support the talent of their children; I believe in skills and talent. Education is really nice, but one needs to have a skill.