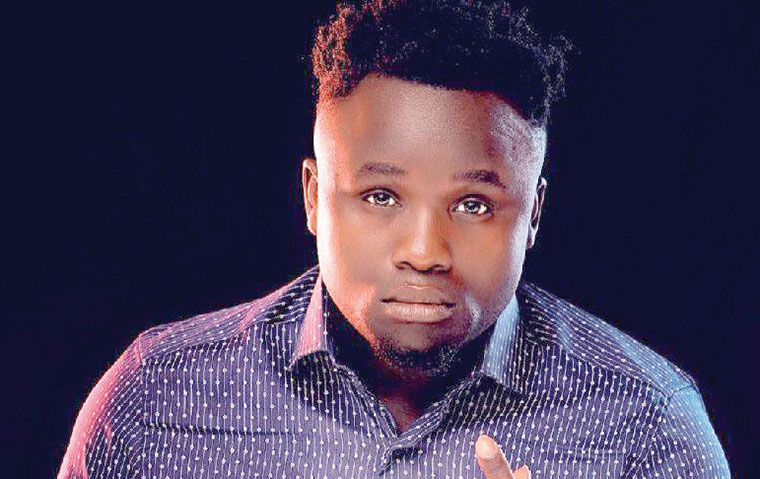 Herbert Dramuke, aka Herbert Skillz is known for his mixing and mastering skills. Based in the UK, he is an audio producer, sound engineer, co-owner of Sound Makers Studio, and has worked with many popular names including Pitbull and Ed Sheeran, not to mention many of Uganda’s big names in music. Nathan Atiluk talked to him about his passion.

Hahaha! I am not a model; I am a music producer and artiste.

So, how did you get to leave Uganda for the UK?

I left Uganda because my wife used to stay [in the UK] and so, she wanted me to be close. Also, my manager influenced me.

When did you begin doing music?

As a child, I started singing in church and my family members helped me because I was musically talented.

Did you look up to any people? You seem to be into RnB…

Yes, but I can’t limit myself to only one style of music; so, I started doing all kinds of styles of music.

Which people do you look up to in music?

Tell us about your collaboration with Daddy Andre. How did you link up?

I met Daddy Andre when I was in Uganda for a holiday and we did a song together, but also I have collaborated with different names in the industry on several projects. Names like Bebe Cool, A Pass, Daddy Andre, Eddy Kenzo, Jamal… and internationally I have done songs with Wayne Wonder,  Jethro Sheeran,  Honorebel, Sizzla Kalonji, Da Baby, Ed Sheeran and Kevin Lyttle.

How many songs do you have?

I have many songs; like an album of 15 songs and more. I also have some which are yet to be released.

Covid-19 has affected business and entertainment badly. How have you managed to cope with the current situation?

It has been really hard and the music industry as well as many others are still suffering. It helps to remind yourself that you are not the only one. [This period] has helped us musicians to be more creative and come up with great stuff for our fans [despite the absence of live shows and concerts].

How do you manage to promote your music in Uganda while based in the UK?

I have a good team in both countries that helps me in pushing music in all channels when I release something new. I have an organized team.

Who writes your music?

I do write my own music.

What can you tell someone who wants to join the industry?

This is business and every time a lot of fresh talent is produced. Also, every country has its own unique style; one has to just master the game to do what one loves best.

Any new projects in the pipeline?

Yes! I have a song with Daddy Andre called Don’t Let Me Down, and I have other songs with different musicians such as Bebe Cool, Eddy Kenzo, among others; just watch this space, because I have a lot in stock for Ugandans.

Many musicians are battling so much drug abuse…

…Yes, the entertainment business faces a lot of challenges with drug abuse. Personally, I have never taken drugs; so, I can’t really say I’m knowledgeable on that, but still we need to be mindful of ourselves because these drugs affect our body system in a strong way.