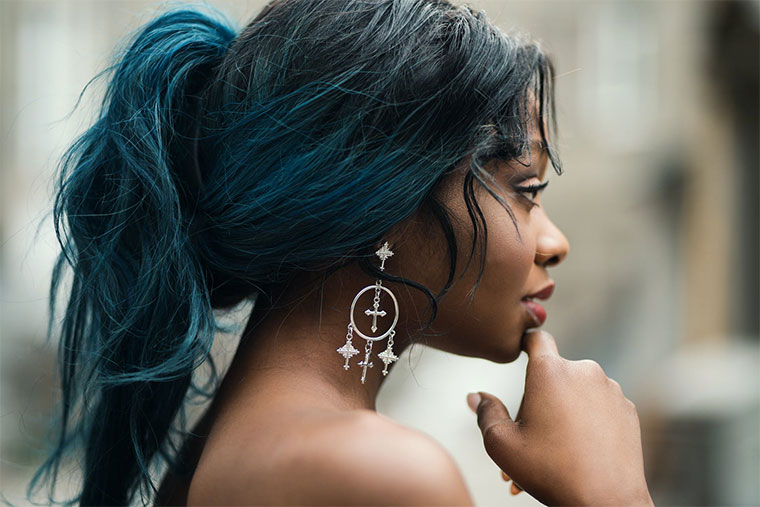 I was still on my third drink when Tracy arrived looking very concerned. We moved to a corner table for more privacy and over the next twenty minutes or so, I told her everything, starting with what I had done to how both David and the police considered me their prime suspect.

Apart from a few shocked gasps as the story progressed, she did not say anything until I was done, and then she literally exploded.

“Are you crazy? Have you gone completely mad? How could you do something so stupid? Thank goodness it doesn’t sound like she’s dead, or David wouldn’t be so calm about it, but if she was, we’d be talking about murder here! Murder, Diane! I can’t believe you! You need help,” she shook her head in disgust.

“I know I need help, that’s why I called you,” I cried in frustration.
“Oh no, you don’t need my kind of help, you need professional help because you’ve clearly lost your mind!”

“This is not what I called you for! I called because I need you to tell me what to do, not how stupid I am!” I shot back, tired of her berating me like I was a child.

“It’s a little too late for that, wouldn’t you say? You’ve already done too much!” she retorted angrily, then sighed as her rage finally ran out of steam.

“There’s nothing you can do now except lie low, and don’t do anything to arouse suspicion; so, getting high at the start of the day is not a good idea.”

She then stood up: “I need to go; sober up and go home, Diane, and whatever you do, stay away from that woman.”
With that, she walked off.

It was great spending time alone with the children; it was obvious how much they had missed me, and I felt a tad guilty about my increased absence. After all, none of this was their fault.

In the afternoon, I took them out for lunch and ice cream, and when we got back to the house at about six, Diane was back, although she had barricaded herself in the bedroom, leaving us a message with the maid that she had a headache and was not to be disturbed.

That suited me just fine as it gave me the space and privacy to call and check on Julie. I went out into the backyard and called her.

“Hi; I was just thinking about you,” she answered the call gaily.
“Then it’s telepathy, except I’ve been thinking about you all day and you’ve only just begun,” I teased, then went on more seriously, “You sound great; it’s good to hear you sounding so much better.”

“I feel much better; actually, I’m being discharged tomorrow,” she announced cheerfully.
“That’s great! What time?”

“I’m not sure, but probably some time in the morning.”
“Alright, let me know when you find out and I’ll come pick you up.”
“What about the kids? You should be spending the Sunday with them,” she protested, in her signature way putting everyone else’s comfort before her own.

“And I will; I could pick you up and drop you at the apartment, go back to the kids, then come back to you later on in the evening,” I answered casually, even though just breaking down the trip was mentally exhausting. Still, for Julie, it was worth it.

“After everything that has happened, I don’t like the idea of being alone in the apartment; I was thinking of calling Sandra back.”

“Your sister? No, don’t call her; she’ll just worry and tell your mum, and then she’ll worry too,” I tried to dissuade her.

“I won’t tell her what happened; she doesn’t even need to know that I was admitted. I could call her after you drop me back,” she suggested.
“I really don’t think that’s necessary sweetheart; after all, I’ll only be gone for a few hours.”

“I know, but I’ll still be more comfortable with her around,” she insisted.
“Look, let’s talk about it when I pick you up tomorrow; just don’t call her before then.” “Alright,” she agreed slowly, like she was trying to figure out what my objection was about.

I probably sounded desperate, but with all that was going on, Sandra was the last sort of complication I needed in the mix.

As promised, David called later that evening, and I was excited to tell him about my upcoming discharge. He seemed just as pleased as I was with the news – until I mentioned calling Sandra back.

I did not feel safe being alone in the apartment, especially while whoever had tried to kill me was still out there; so, having Sandra return seemed like the logical solution, yet David was so opposed to the idea, and I couldn’t understand why.

Sure, having the apartment to ourselves, especially in the evenings when David returned from work, had been nice, but there were long stretches of the day when he was gone, and those could get lonely, and now after what had happened, downright frightening.

Besides, it was not like he and Sandra did not get along; so, I really did not see what he was kicking up a fuss over. Either way, he would have to accept my solution, because Kenneth had prescribed lots of bed rest until the baby came.

I would definitely need Sandra’s help around the flat, and once the baby arrived, I would need her help even more. Whether he liked the idea or not, Sandra was returning.