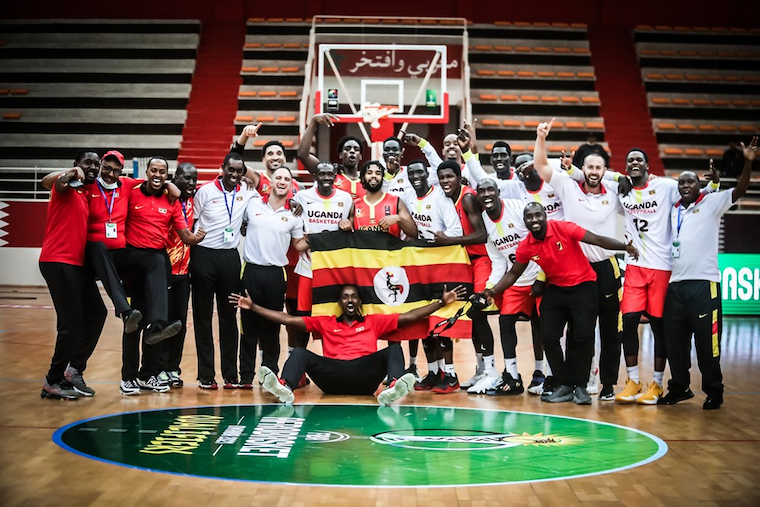 Last week, the national basketball team also known as the Silverbacks came of age with victory over African powerhouse Morocco to book a berth at the upcoming AfroBasket tournament next month.

But unlike previous tournaments in 2015 and 2017 where the Silverbacks were mere participants, Uganda will go into the tournament in Kigali as contenders, thanks largely to the legion of foreign imports that have greatly boosted the team’s standing. MARK NAMANYA profiles the foreign stars that have raised the Ugandan flag.

Qualification was a tremendous achievement for Uganda after a series of setbacks in the past year and matters that helped on the team's last travel to Tunisia, which turned into a forgettable nightmare after almost the entire squad tested positive with the Covid-19.

So, with government tightening budgets after two years of trying to manage the Covid-19 pandemic, it was imperative that the Silverbacks deliver a result that would justify the hundreds of millions they seek from National Council of Sports for preparation and travel.

But coach George Galanopoulos’ side delivered in style with a 77-65 victory to ensure a third successive appearance for Uganda at the AfroBasket tournament. But who are the new team stars?

He was the star with 20 points, three assists and five rebounds. The 19-year-old is of Ugandan descent. Both parents were born in the USA and his mum actually played league volleyball in Uganda. According to Albert Ahabwe, the Silverbacks team manager, he found Kaluma through the USA high school basketball portals. 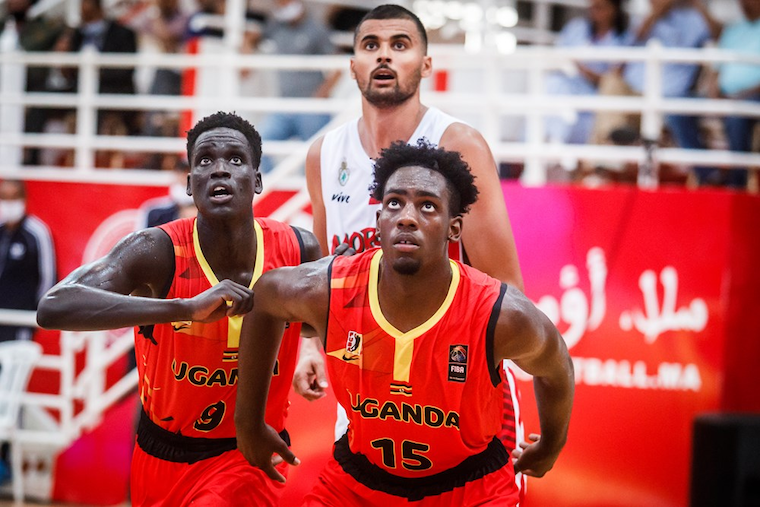 "His name caught my attention and when I dug deeper, Uganda was easy to find. We got in touch with his family and eventually himself and the patriotic interest was mutual."

He contributed 11 points and 12 rebounds in a hugely productive double-double. Wainright, 26, is a naturalised talent whose skills have given the Silverbacks in a new dimension. Every country is allowed to have one naturalized player on their roster and the national team’s management identified and chose him.

Wainwright, who hails from Kansas in Missouri, played for SIG Strasbourg in the top French Division (LNB PRO) last season. He is due to play for the Toronto Raptors Summer League team in a week’s time for a slot on their NBA roster.

He was born in 1989 in Kabete, Nairobi where his parents were working in the aftermath of the war here.

"I got him through the NCAA portal as well and reached him through social media," noted team manager Albert Ahabwe. "It took us a couple of years to get him in and we finally did in the Afrobasket 2017 in Senegal where he was one of our best performers.

The player lives in Quebec City, Canada where his parents live too. Both his parents are Acholi.

He is a son to a Muganda father, Kanyago Charles Zziwa, and a Portuguese mom who both live in Winnipeg, Canada. He plays at the University of Manitoba in the Canadian collegiate basketball league.

“That’s how I found him. I reached out on Twitter, he was open to it,” says Ahabwe. “As usual we channelled him to our head coach and the conversation went on.

“School & Covid-19 restrictions prevented him from joining in the initial windows in Alexandria & Mo- nastir but we finally got him to come to play in Morocco.”

He is heading into his final year of school; so, he hasn’t played professional basketball yet.

He was born on February 21, 1996 to a Mutooro dad and a Congolese mum in Toronto, Canada.

The 6”5 shooting guard joined Uganda for his debut in Alexandria and has been a stud since, scoring a quick 10pts off the bench in the first half in the crucial recent qualifier vs Morocco.

He recently played for the Hamilton Honey Badgers in the CEBL, the Canadian Summer Pro League.

He was born to South Sudanese refugees in Uganda on March 1, 1997. When he was 6, his mom moved to the USA. He went to high school in Sioux Falls, South Dakota State.

“I traced him through the NCAA portal when he was at the North Dakota State University Bison and got in touch with their director of Basketball whose number I got online,” explains Ahabwe.

“I then connected him with our coaches George Galanopoulos & Mike Schmitz who took the evaluation on from there.”

He joined the Silverbacks for the first time in 2018 for training camp in Instabul on the team’s way to play the 2nd leg of World Cup Qualifiers in Lagos, Nigeria. He has been with the team for every tournament since.

Deng later transferred to the University of North Texas (UNT) for his senior year where he graduated. He played his debut professional season this year with Danish top division giants IC Horsens Basket and lost the championship final to champions Bakken Bears.

The 6”11 centre who made his debut in the Morocco game as an unused substitute. He is a son to Mohamed Santur Ghedi, the general manager of the national team program.

Born in Virginia, USA, he grew up in Kampala where he studied at Kampala Parents Primary School, and Greenhill Academy before moving to Minnesota after his senior 2. His mom and siblings live there.

He is a product of iHoops Basketball academy, a program founded and run by Silverbacks veterans Jimmy Enabu and Ben Komakech.

He went to Wayland Baptist University and later University of Minnesota where he graduated recently with a Business Degree.

He is definitely one for the future as he gives us something Ugandan teams have previously lacked, size and height. Uganda will now compete in Group D at the tournament alongside Senegal, Cameroon and South Sudan.

Fuba have started preparations for the Kigali tournament well aware that there is limited time to put together camp, especially since Uganda will be lining up against some better facilitated opponents.