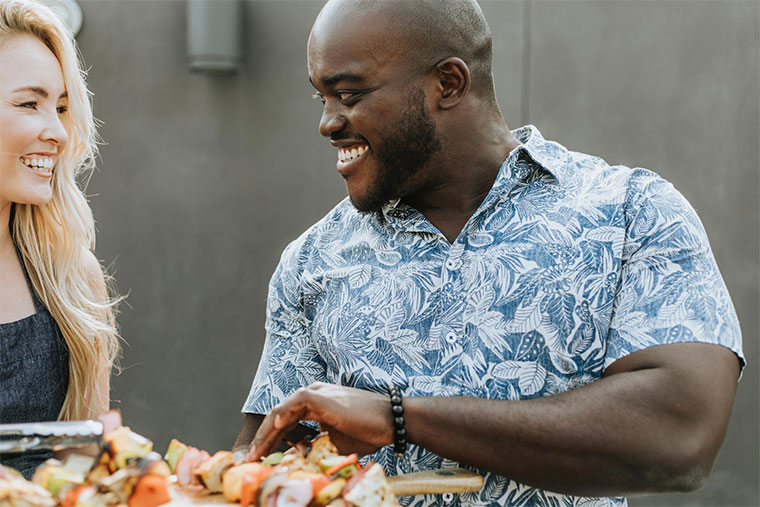 Intermarriage across tribes, races and nationalities is on the rise as prejudices die, but the pressure that comes with that - especially in matters sex - can be immense.

But I don't see why it should even be there. Some years ago, a woman from a sister East African nation wrote to me, asking about labia elongation, waist beads and a litany of other ‘add-ons’ she had heard Ugandan love, because her husband was a Muganda.

I did not see why she was trying to transform herself into a Muganda woman, however!

If the Muganda man had desired one from his own folks, he would have gone searching there, but he wanted different; he wanted a girl who leaps high as a true Maasai and possibly knows how to wriggle her waist in a good, coastal Tarab dance.

Yet here she was trying to be a pseudo-Muganda. True, it can be flattering to throw in smatterings of your spouse’s culture every now and then, but it is also very possible that the said spouse was actually running away from those very aspects of his/her culture, by marrying you...

I have been told by several young women from a certain tribe of Uganda that they would do anything to marry a man from Buganda, and not their own men, whom they described as mostly disrespectful to women.

I don’t know how close to the truth that stereotype is – because I also know so many Ganda men who disrespect women – but it would be laughable for one to try to be anything but all-Muganda if that is the reason why one sought you out.

They say we don’t choose whom we fall in love with, but I get surprised by how focused and detailed some people are nowadays, on what kind of spouse they want or not. Anyway, don’t mount unnecessary pressure on yourself to conform perfectly to your spouse’s culture. You attracted your spouse in the first place because you were different.

The Caucasian man who falls for an African sister I am sure is not keen on seeing her transform into a wannabe-mzungu, as is often the case. The African man who marries a Caucasian woman would possibly frown if she woke up one day with bum implants, enhanced lips, etc, to try and look more like his African sisters. That is what he cast aside when he chose you; it is ridiculous, when you think about it.

Tastes and preferences differ, even in sex and romance. Your spouse wanted ‘variety’; so, let him/her enjoy that variety. It is cute that you try to cook like his/her people; talk like his/her people; make love like his or her people... but your uniqueness and newness is very valid. Bring that proudly to every table.

My friend is married to an eastern European, but he lets her cook the dishes of her people, and when it is his turn, he unleashes the chapattis, lumonde, matooke, name it.

If someone got attracted to you because he heard your tribeswomen are quite dramatic in bed, only to get there and find you struggling to conform to his ‘normal’ by purring and censoring yourself, it would be a huge disappointment.

I hope my East African compatriot figured this out eventually and stopped ‘competing’ with the imaginary Ganda girls in her marriage.

The authentic you is usually the best version to put forward; anyone who marries outside his/her own culture and then expects his/her spouse to be a master at that culture is simply not a very good person. Sorry!

Marrying from another area doesn’t mean u don’t want your culture. Not at all. It means you want your culture and more. So the gal who tried to learn aspects of the mans culture was enhancing her offering.

Because for sure many men have soon or later missed it and then run back seeking their mashed matooke and nut stew over the Ugali..... plus the other details of home grown culture.

I encourage one to learn the new culture they have married in and embrace it fully. The additional spices would be the bits from their own.

Falling in love many a time catches people off guard with the one available to you at the time, yet they surely want their own too.

Imagine missing eshabwe yet she can learn to make it. Yes home made with those beautiful little fingers is far better....even the learning process is sweet to watch
Report to administrator