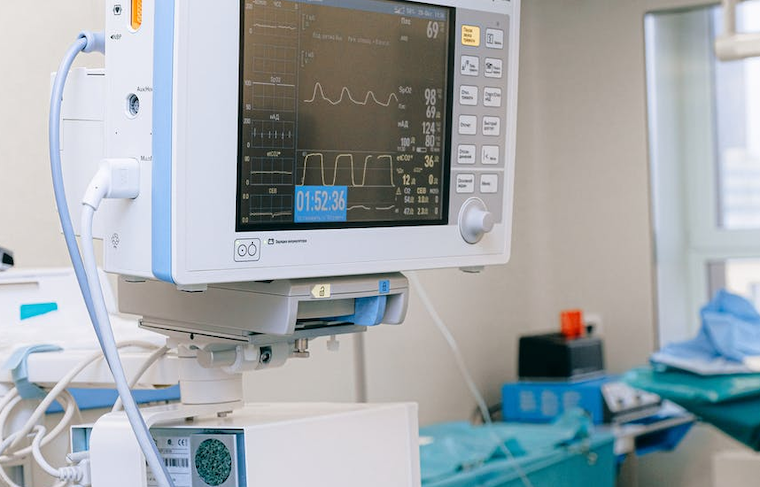 Julie was barely conscious when I got to her, and although I did not know what had happened, I knew I had to get her to the hospital as soon as possible.

Scooping her up in my arms, I raced back out of the apartment, not even stopping to lock it behind us as I rushed down the stairs, and yelled for the gatekeeper to help me open the car’s passenger door. His eyes widened in shock at the sight Julie and I made, and this time he sprang into action, helping me open the door, then dashing back to open the gate.

The traffic was still very heavy, and if I had driven like a mad man on my way to the apartment, I drove like an even crazier one on the way to the hospital.

Throughout the drive, I kept asking myself what could possibly have gone so drastically wrong in the space of just a few hours.

Just that morning, we had been watching our son on the ultrasound monitor, and now Julie looked like she was fighting for her life. It was unreal!

Considering the way I was driving, it is a miracle I did not crash or run over anyone, and through a combination of mad hooting and lots of illegal maneuvers, I managed to make it to the hospital in just less than twenty minutes.

I did not heed the sign clearly marked ‘AMBULANCE BAY. NO PARKING’ at the entrance of the hospital building, parked there anyway, and rushed around the car, retrieved Julie, and practically ran to the reception, almost crashing into her doctor at the entrance.

He appeared to be on his way out at the end of his shift, but as soon as he saw Julie limp in my arms, he instantly switched back into emergency doctor mode, calling for a nurse and a stretcher as he began to check her vitals.

I don’t know how long I was unconscious, but finally, through the haze of darkness and pain, I heard David calling out my name, and then felt his arms cradle and lift me.

He had found me and I was so relieved I could cry, but too weak to even open my eyes. Nonetheless, just being in his arms calmed and reassured me that everything would be alright – David always made everything alright.

While I was in his arms, I just soaked in the strong soothing feel of him, but then I felt him start to lay me down in the car, and I wanted to cling to him and beg him not to let go of me, but all I could manage was a faint moan as he set me down.

Seconds later, I heard mine, then his car door slam shut and then we were moving and I gathered we were headed to the hospital. What had happened? I remembered throwing up in the guest bathroom, and the burning gut-wrenching pain that had followed; after that, everything went blank.

The question foremost in my mind, however, was not what followed but, rather, how I had gotten to that point in the first place?

I struggled to go back in my mind and remembered that I had been cooking when there had been a knock at the door, then the delivery boy handing me a box of chocolates. That was it – the chocolates!

They had tasted odd, and I remembered checking their expiry date and confirming they were not expired – yet I was certain it was them that had made me so sick.

By the time it got to seven that evening, I was dying to know what was going on, but knew I could not let my curiosity slip since I was not meant to be aware of the situation in the first place.

It was like there were two of me; Diane the criminal and Diane the innocent wife who knew nothing about what was going on, and I found myself constantly having to remind myself to act like the latter, by asking myself what the innocent Diane would be doing at that time, and then doing that.

When it got to seven, while the criminal Diane knew all hell was probably breaking loose then, the innocent Diane would be asking her husband what time he would be home for dinner; so, that’s what I did.

He didn’t answer my call, and the criminal Diane wondered what he was doing at that very moment; if he was with her, and if she was even alive, but the innocent Diane sent a text instead; ‘What time will you be home? The kids are waiting to have dinner with you.’

It was delivered but not read, and I decided not to push it, but give it another hour before trying to contact him again; after all, that’s what the innocent Diane would do.