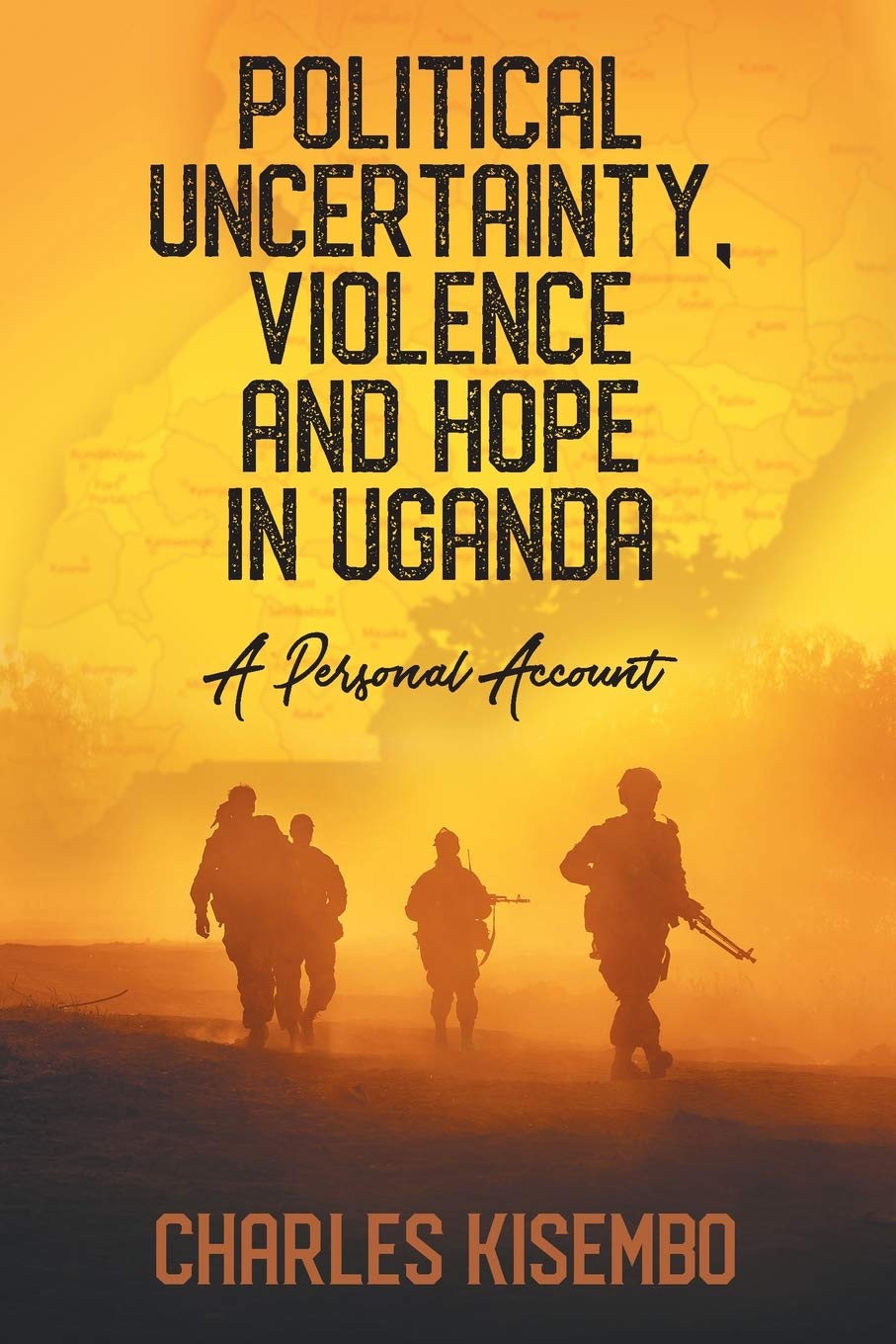 In the 12 chapters and 342 pages of Col Charles Kisembo’s book, Political Uncertainty, Violence and Hope in Uganda: A Personal Account, we are introduced to the author’s evolution from civilian to soldier.

Then, how the different phases of his life overlap to embody the civil-military dichotomy whose duality the author seeks to bring into single focus.

It is intriguing how he seeks to winnow military history from a history of the military in such a lively and personal manner. As to the latter, he shares an anecdote regarding when he returned from an intelligence course in Cuba in 1987.

A few weeks after the course, he and the other “cadres” who underwent the intelligence course were invited to dine with President Museveni at State House.

After a hearty meal punctuated by the president’s upbraiding of the State House chefs for cooking amounts of meat unequal to the big appetites of these young troopers, selected soldiers were invited to brief the president on the different dimensions of the course.

The author briefed the president on Marxist-Leninist ideology, thereby recommending that its two-stage approach to ridding the world of capitalism should be taught to Ugandans in order to sculpt our country’s superstructure towards patriotic determinism.

After a briefing worthy of Karl Marx himself, the author hoped he would get a political thumbs-up from the putatively Marxist president.

Instead, as Kisembo basked in the afterglow of his briefing, Museveni said: “Do you see this one? He is dangerous. Do you know what he is saying? He is saying that we should teach the population Marxism.”

As the author retreated with his tail between his legs, he attempted (in this book) to clarify the president’s derision of his stance as being expressive of his own (Kisembo’s) shortcomings.

In Chapter Two, the book again walks into the mine-strewn field of ideological contestation and exposition. Through the lens of a browsing philosopher, the author looks at President Milton Obote’s Nakivubo Pronouncements.

These pronouncements were an article of faith issued by the Uganda People’s Congress (UPC) in 1970. They outlined the UPC government’s plan to acquire 60 per cent holdings in several private enterprises as part of the move towards socialism described by the Common Man’s Charter of 1969.

Obote’s approach can be viewed through the prism of ideological experiments African leaders undertook to unshackle their nations of the yoke of imperialism in the “aftermathematics” of independence.

In Tanzania, there was Ujamaa (brotherhood), Senegal (Négritude), Zambia (Humanism), Zaire (Authenticity) and Ghana (Consciencism), to name but five.

The author uses Obote’s socialism as a jumping off point into analyzing the chaos which it engendered instead of attempting to dissect its intersections of cultural and intellectual history.

These cleavages are exemplified by political party conflicts, brought to a head by the Uganda National Liberation Army (UNLA) and Front for National Salvation’s (FRONASA) rivalry. Chapter five is dedicated to this rivalry, and herein is where the author reverts to revisionism.

“To overcome the rising political hurdles, Obote decided to abolish the 1962 Federal Constitution, and replace it with a Republican one. He endorsed a Constitution that granted federal status to five traditional kingdoms---Buganda, Bunyoro, Toro, Ankole and Busoga, hence breaking the Buganda federal monopoly,” he writes.

This ahistorical view fails to take into account that these kingdoms were inimical to republicanism, not an endorsement of it. In later chapters, the author chronicles the rise of the National Resistance Army (NRA).

Being a former NRA combatant (class of ’85), he ably explains how it grew into a conventional force with a national character and was duly renamed Uganda Peoples Defence Forces (UPDF).

The author says the UPDF’s mission is to defend Uganda’s territorial integrity through patriotic duty and resolving conflicts, placing great store by clear political objectives which “redress wrongs and re-establish peace and security”.

The author builds his thesis upon the role of the military in fostering hope in Uganda. This book is an engrossing read that will capture your attention and only release it when you have turned the final page.

+3 #1 Kalibbala 2021-05-11 14:16
Being a former NRA combatant (class of ’85), he ably explains how it grew into a conventional force with a national character and was duly renamed Uganda Peoples Defence Forces (UPDF). ..Hogwash!!

Notorious Robbers Army was anti-Folks of Uganda thus Killing 800.000 People in Luweero! Robbed Banks promising to Pay Back after Capturing Power!!( Jim Muhweezi Katuguugu robbed Kabale Commercial Bank of 400 Million Shillings! deposited it in Kilembe to pick it up later!!

Which He did!! Today the Country is Sinking in Debts !Worth 65 Trillion ! Kampala the Capital City is Stinking with Sewage Floating all around!! The Army in on the Streets Tormenting Civilians with Orders to Shoot and Kill
Nov 18/19, 2020, 280 people Lost their Lives at the hands of an Army running Amok!0

!Read Your Book with your Senile Curse, Kisiraani, and Enemy of Humanity!! We are tired of Your Siasa and We decided to Vote Kyagulanyi as President!
Report to administrator
0 #2 Kalemera 2021-05-11 16:13
This sounds like an interesting book and I am putting it on my to-buy list. The first challenge, however, is how to get hold of it. What type of book review leaves out something that vital?

That isn't the only issue with this review, however. It is scattered, all over the place, and mentions a lot of stuff without providing the necessary details.

Thankfully, it mentions a few details to make this a seemingly worthy buy, but it could have been much better.
Report to administrator
+2 #3 Kalemera 2021-05-11 23:01
As for Museveni being a Marxist, its a cute joke and also sad.

A joke because nothing about the man -- from his very apparent selfishness and loose morality -- shows that he follows and respect Marxist teaching.

It is sad because it was propagated by the West. Rather than tell complete stories -- which would have required research and actual attention -- western journalists took him at his word. It's the same way they were spun by Kagame, etc.
Report to administrator
-1 #4 kambarage 2021-05-12 02:56
Quoting Kalibbala:

Being a former NRA combatant (class of ’85), he ably explains how it grew into a conventional force with a national character and was duly renamed Uganda Peoples Defence Forces (UPDF). ..Hogwash!!

Notorious Robbers Army was anti-Folks of Uganda thus Killing 800.000 People in Luweero! Robbed Banks promising to Pay Back after Capturing
!Read Your Book with your Senile Curse, Kisiraani, and Enemy of Humanity!! We are tired of Your Siasa and We decided to Vote Kyagulanyi as President!

Sewage flows in every country as long as people defecate. I have seen sewage flowing in New York.

NRA is the most ideologically focused army this region has ever had and that explains its very long stable stay in power. As for intellectual like you supporting Kyagulanyi... desperacy and lack of focus
Report to administrator