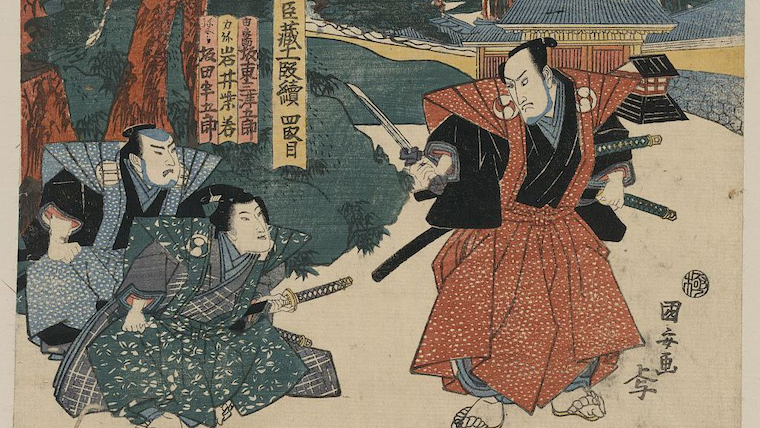 In May of 1703, 46 Japanese samurai were sentenced to death by the 5th shogun of the Edo era. Their tale became a national phenomenon, with the Japanese public immortalizing them in legend as The 47 Ronin.

Adopting it from a play by Seika Mayama, Kenji Mizoguchi brought their story to the silver screen in 1941. Most would agree that his rendition was as extraordinary as it was beautiful.

To add insult to injury, for failing to observe palace decorum, Lord Asano’s lands were confiscated. When news of his demise reached Asano castle, 47 of the Lord’s most loyal employees set out to right what they perceived as the wrongs that had been done against their master, giving birth to one of Japan’s most famous legends.

But The 47 Ronin is not an account of justice or fairness. This is a tale of honor, duty, and revenge. The 47 Ronin is almost four hours long. The story that unfolds shows what a principled samurai will suffer and how far he will go to redeem the honor of his master.

Mr. Oishi, the embodiment of this philosophy, is pushed to the limit of his mental stamina as he attempts to minimize the collateral damage in his quest for vengeance.

If you want to experiment with classic Asian cinema, this is a good place to start.