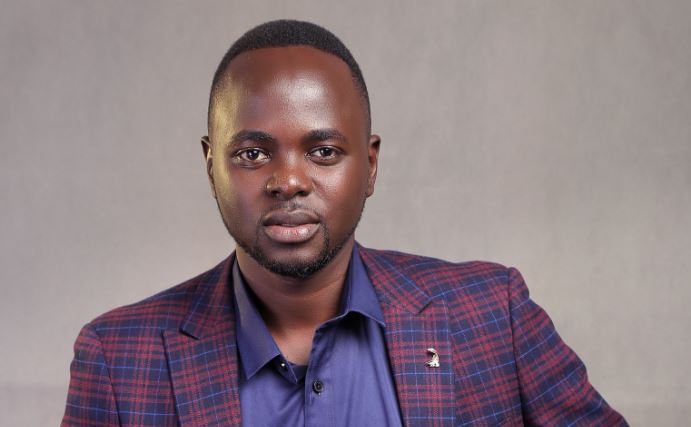 DANIEL KAWESA won the Coca-Cola Rated Next singing competition in 2013, but a few months into the music industry, he took a break. He is now hoping to make a comeback after six years, with new music.  Quick Talk caught up with him:

Where have you been, Daniel?

I had to take a break. The whole thing was overwhelming; I was not prepared for the limelight and there was a lot of pressure. I also needed to clear my direction, know what I wanted and where I was going; so, basically I had to hold back and redefine myself.

What have you been up to these last six years?

I went back to school and did a short certificate in catering at Cooking School Uganda, because I had so much interest in food. Actually, before the whole singing came in, I was very much involved in food and cooking.

Interesting! So, when did the singing come in?

My journey in music started when I was a young child at Nsambya Sharing Hall. I started off as a dancer in company promotion campaigns where we would be given sodas.

My elder brother then formed a dancing group for me and two other friends where he called us Little Rats [Laughs; yes, quite an interesting choice of group name…] But as I grew up, I quit dancing and while at East High School, Ntinda, I joined the choir and also formed my singing group in S2, which was very vibrant at school.

In S3 I went to study in Arua and also joined the choir at St Phillip’s church; that is where my singing seriously took off because I even became the choir leader.

How did you end up in Coca-Cola Rated Next?

Actually before Rated Next, I participated in Tusker Project Fame, but missed the Kampala auditions because I was doing my final-year paper at university and, therefore, I had to go to Nairobi for auditions. I passed the auditions but I withdrew from the competitions because my mother had died and I was too depressed to continue.

For Rated Next, I was working in Arua where I managed a small restaurant and walking back home from work one day, I saw very many people gathered at a football pitch and I went to see what was happening. I saw people singing and I also decided to give it a try and I went through.

You won the whole thing! What happened after that?

I had a recording contract with Fenon Records and I recorded my first song Nebwonfunyafunya, which did quite well. I was also a brand ambassador for Coca-Cola for one year, where I did several running adverts for them.

You recorded just one song with Fenon?

We actually recorded an album, but the songs did not work and they were never even released. It was only that one song which was released.

And you bagged Shs 50m, I remember…

[Laughs] Oh yeah! Now the Shs 50m; part of it got lost in trying to promote the music, some of it as a young person I ate it, but I also did some reasonable stuff out of it. I opened up a fixed deposit account and also invested some in farming in the village.

These talent search competitions bring a lot of talented people to our attention but we never get to see most of them afterwards. Why do you think this is so?

Most of these competitions, if you look at the terms and conditions, they are giving you a recording contract and that is it. They don’t promote your music or manage you as an artiste. On top of winning, you, as an artiste, need to do some extra work to win good management for yourself.

If the organizers of these competitions would connect the contestants to music labels or the right people to work with, then that would be a good start.

Well, I just released a new single called Yongeza; the audio and video are both out. It is already playing on different media platforms. I have also recorded five new singles, which will be released in the due time.

Is Yongeza a dedication or inspiration by someone?

[Laughs] No, it is not, because I did not write the song. I struggle with writing Luganda. It was written by Nince Henry. It is just a love song that tries to encourage a balance in relationships. It is a situation where one person feels they are giving more in the relationship and calls on the other person to also put in more effort.

I see… And how has the reception been?

The reception has been quite slow but there are people who have the thirst for my music and they are really eager to have me back singing. I opened up new social media accounts in January and they are growing so fast.

A comeback amidst Covid-19?

I should say there is never a best time. Someone would ask why didn’t I come back before or after the situation has normalized?

We are going to live with Covid 19 for some time and I think we should try to find ways of living with it and co-exist with the situation as artistes. If it is about making the money, we should sell our music online and also try to see how we can reach out to our fans in a healthy manner.

You sing so passionately about love; are you in love?

[Bursts into laughter] No, I am not currently in love, but what would the world be without love? Love is one thing that adds so much colour to everything.

What is your personal experience with love and relationships?

Hmmm. I have not been so lucky, not because I have not tried – there have been a few times I have tried relationships – but over the past few years, there have been things that my heart has been after and love has not been among them. I am chasing a number of things and love will probably find me on the way.

Besides music, what else are you doing?

I run a home baking business called Reckless Chef Uganda. We do all kinds of cakes for different ceremonies and I also occasionally work as a private chef. So, if I am not singing, I’m baking or cooking and we are trying to start a decorating company with a friend.

What is your favourite dish to cook?

I am a rice person; pilau is my thing, any day. I love pilau, chicken, goat’s meat, beef and vegetables.

Late last year you were involved in a nasty accident…

I was going to studio and on the way along Salaama road, I was involved in a terrible accident. I saw death and in that moment I asked God to delay taking me.

But I am grateful I got out of it alive and recovered pretty fast. I have a few scars and bruises [shows Quick Talk a scar above his left eye] that remind me that God has his own timing.