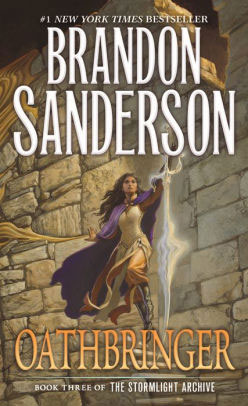 Nothing kills my interest in a novel quicker than a synopsis with the phrase ‘Coming of Age’. I woke up one day and could not stand pre-teen and teenage protagonists.

I should also include heroes and heroines in their early to mid-20s because a lot of them act like teens. My disinterest in young protagonists has not affected the anime I watch. However, it has changed my reading habits.

Fantasy fiction thrives on young protagonists. Despite the ridicule it attracts in some circles, the Young Adult genre has only grown. Unfortunately, my interest in stories led by stupid hormonal teens has waned. The older I get, the more difficult it becomes for me to relate to the struggles of younger characters.

I have encountered a litany of readers whose perspective is the complete opposite of mine. Despite being so much older, they cannot get enough of stories with young protagonists.

I don’t get it. Maybe the experience allows them to relive their youth. Young people in fantasy fiction are undeniably dumb, and it gets on my nerves. I don’t know if their portrayal is an accurate representation of young people in the real world.

Medical science tells us that the average human being only matures at the age of 26. So, I guess, every fantasy fiction novel that features a young protagonist is merely attempting to paint its heroes and heroines in the most accurate colours possible.

I want more diversity. It is difficult to take a villain in fantasy fiction seriously when all their successes can be attributed to the moronic actions of the protagonist. I want to read stories with older heroes, mature men, and women with a lifetime of experience that can take a more level-headed approach to the dangers manifesting around them.

George R. R. Martin fits this bill. His stories are told from a multitude of viewpoints, some of them young, others incredibly old. From the little that I know of him, Guy Gavriel Kay’s books are often led by characters in their thirties as well.

Now that I think about it, I don’t know where Brandon Sanderson falls in this discussion. Vin is definitely young, and so is Elend, but I can’t say that I hated either protagonist. Well, like adults, teens and pre-teens are not all the same. Some are calm, curious, quirky individuals with interesting personalities.

Others are whiny, obnoxious, selfish, self-indulgent nightmares. Adults are too practical. The trials of life have worn them down. They have no interest in unwinnable conflicts, and they have far too many concerns—bills, health, family responsibilities, etc—to run off on an adventure.

Clay Cooper from Kings of the Wyld works as a hero specifically because he is so old and worn out, and adventuring is the last thing on his mind. I have also heard great things about Paladin of Souls, a Lois McMaster Bujold novel that features a heroine in her 50s.

I don’t want to sound like I hate all fantasy fiction with younger protagonists. I would happily read a well-told story with a decent teenage hero/heroine. That said, I have found that fantasy stories with well-written teens are scarce. Or maybe I am slowly becoming one of those disgruntled old people that keeps screaming at the young people to turn their music down.