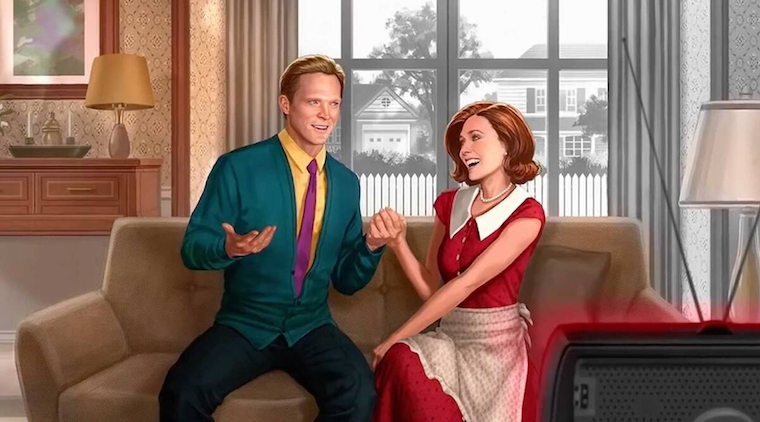 If you watch a lot of Television, then you know that WandaVision is all anyone wants to talk about these days.

Disney has discovered a winning formula. The streaming service invented binge culture. They release all the episodes of every new show at once, and that provides instant gratification.

However, it also prevents their shows from maintaining a hold on the public’s attention. Disney+, on the other hand, dominated TV conversations back in November and December with weekly Mandalorian episodes. And once The Mandalorian ended, Disney retained its dominance by choosing to release WandaVision on a weekly schedule.

The show is easily Marvel’s most bizarre project to date. Picking up shortly after the events of Avengers: Endgame, it follows Wanda and a newly revived Vision as they attempt to carve out a normal life for their growing family in the small town of Westview.

The story takes a dark turn once it becomes obvious that things are not quite what they seem. I was initially put off by WandaVision. I love comedy. However, the sitcom setting failed to hold my attention. If, like me, you were sorely tempted to abandon the show, stick with it.

At the very least, push through the first three episodes. The payoff from episode four onward is more than worth the pain of the show’s first act. Despite fears that it would become Disney’s first streaming misstep, WandaVision has already turned into the company’s best and most daring undertaking to date, at least where television is concerned.

If you haven’t seen the show, do yourself a favour and avoid social media until you catch up. WandaVision has already crossed the halfway mark of its first season. The best way to appreciate it is to go in cold, without any prior knowledge. Let the surprises hit you as they come.

If you love the Marvel Cinematic Universe (MCU), the show won’t disappoint, especially if you stick with it despite the slow pace of the first three episodes. If the MCU isn’t your cup of tea, then…I don’t know what to tell you. WandaVision goes out of its way to tell new and interesting stories, the kind we haven’t yet seen in the MCU.

And yet, it also builds upon characters and concepts that the MCU introduced in previous movies. Currently, this is the only show I watch every week. Part of me is afraid that the next episode will finally drop the ball. But I choose to remain optimistic.