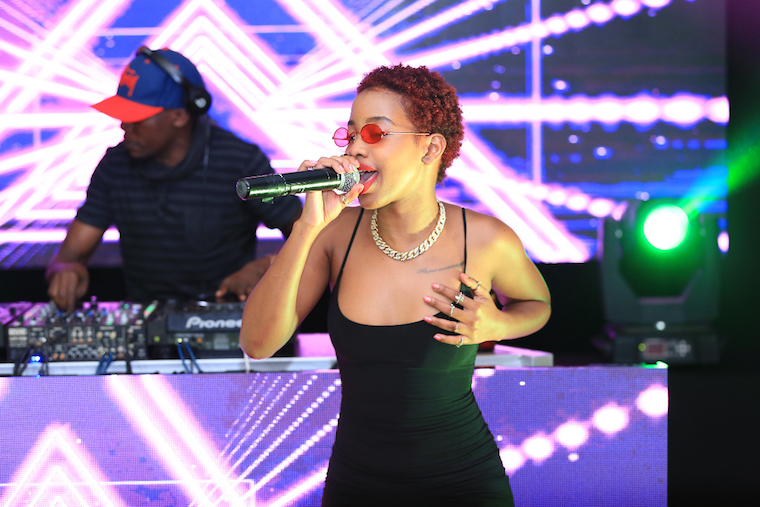 Nightclubs and bars have stayed closed – at least officially – for most of 2020 and that lockdown continues, in a bid to control the coronavirus.

Those who were used to hanging out with friends and hitting the dance floor in groups had to grapple with a new reality: the party had been effectively shut down. But then, local television stations came up with a simple idea, to bring the party to people’s homes, and the NTV Mix Party, among others, was born.

With NTV Mix Party came a new face and voice, Etania Mutoni, 22, the bubbly show presenter few of us had ever heard about, who turned up the party on our screens every Friday night with an interesting fashion sense and loud personality. From Kampala to Nairobi, from Koboko to Tororo, viewers were tuning in and dancing their Covid-19 sorrows away with this young woman.

‘The Life of the Party’ as she prefers to be called, Etania is one of the new faces that brought the party to our living rooms, where it has firmly stayed, since. “Last year started out badly but it turned out to be great. It is when people like me had our breakthrough,” Etania said when The Observer finally got her to sit down for an interview.

When she first hit our screens, everyone was asking, who is this Etania? She describes herself as very free-spirited, a person who likes to have a good time, yet very hardworking at the same time.

“Another thing; I am also very stubborn. I have been stubborn for a long time since I was still in school. But my stubbornness is nice and there is a way it has shaped my character.” 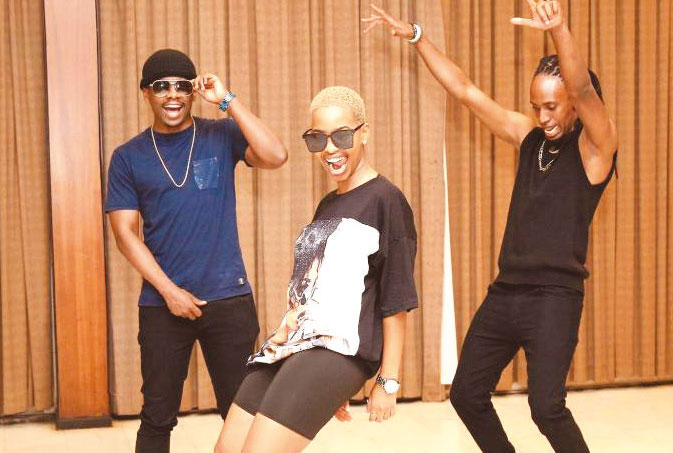 It is that stubborn character that caught the eye of producers at NTV; this 22-year-old walked in and turned Friday night on its head and had social media abuzz for weeks. During the lockdown, NTV and NBS TV had a battle of sorts raging on air every weekend, and in a bid to one-up the Naguru-based station, NTV pulled Etania out of their hats to spruce things up on Fridays. And it worked. Soon after, the Serena hotel-based TV station hit one million followers on Twitter, driven mainly by its weekend dance shows.

“Personally, getting on TV was not even on my mind by then, but when I was approached for it, I said why not? After all I was also enjoying these shows so much at home,” she said.

The shows had people one would normally not bump into on a dance floor at a nightclub, suddenly sharing home videos of themselves rocking to Etania’s mixes. Assistant Inspector General of Police Asan Kasingye and State Minister for Investments Evelyn Anite were just two of them.

When NTV came knocking, Etania was working with an events company called Muchachos, but like everything else last year, the pandemic had rudely disrupted their operations. From sitting on all that energy at home, suddenly Etania had a perfect channel for her bubbly character.

“I love music. Even on normal days or before joining TV, I could dance all night. So, this is something I was already doing and enjoyed doing, just that I do it in front of the camera now. I love listening and dancing to music. Yes, it can get tiresome, but it is not like I am on air from 10pm till 5am straight. We always take a break; one person comes on and the other goes backstage and relaxes and then comes back reloaded,” she said of the all-nighters at NTV.

A ‘Sheebaholic’, the youthful DJ has all of Sheebah Karungi’s songs on her playlist; that, and songs from Zuli Tum’s new album Invictus, as well as Nangana by Daddy Andre and Nina Roz. “I am an advocate for Ugandan music; so, I have a lot of it in my phone.”

Etania loves that being on TV allows her to be herself as opposed to other jobs where one has to lose one’s character to fit in. The only difficulty she is dealing with is the exposure TV gives a presenter. Indeed, it took The Observer some considerable time to finally get

Etania to agree to an interview. She is still grappling with all the fame that this gig has thrown at her. “You can be just walking around or you have gone downtown and someone will be like, ‘Aren’t you that girl who works on TV?’ I do not find that nice, because I would also like to go somewhere and eat my katogo in peace.

Well, clearly, Etania’s katogo days are long behind her. Hers is a face anyone who loves NTV Mix Party would remember immediately. With her light skin, sense of humour, dance moves and wide smile, she is unforgettable. One cannot help but wonder how her ‘significant other’ is handling her new job in the limelight, and all the fame it has thrown her way.

“I am actually not dating. It is not even on my mind right now, and it is something I am not considering doing anytime soon,” she emphatically stated. She also quickly shot down the rumours that she is dating Jeff Kiwa, who is also Sheebah’s manager.

“I have a lot of male friends and he is one of them. Anyone who knows me knows that I prefer male friends, because I feel that they have a lot to offer as friends more than as partners. You can learn a lot from them as your friends.” There!

However, Etania admits she has a crush on Nigerian superstar, Wizkid. No surprises there; during Wizkid’s concert in Kampala before live shows were banned, Etania famously ran onto the stage and hugged him. Such is her free-spirited personality. With her, what you see is what you get.

“If I like someone, I show it. Even if it is our own local artistes that I really like and I happen to bump into them, I show it to them. So, I love Wizkid, I love his music,” she said.

And about that concert incident: “I think I was overwhelmed by the sight of him. As in, it is Wizkid, man!”

Beyond her personality and dance moves, there are young people all over the country that tune in just to see what Etania is rocking tonight. She is in an exclusive club of people that make clothes look good, not the other way round. Even when she turns up in biker shorts, a T-shirt and sneakers, it looks so cool and chic.

“I like dressing casually. It is difficult to see me on set in high heels; I think I have only worn them twice. My comfort comes first; so, if I am comfortable in something, I will definitely rock it.” Her mantra seems to be, work hard, party even harder; otherwise, who nurses a hangover on a Thursday, like she was when we had the interview? On a normal day that is not Friday,

“I go out there and hustle, because you cannot wait for the day you only have a TV show to work. You have to do other things that can bring in some ka money. But on good days like this one [Thursday], I am nursing hangovers”.

Well, she is 22. Her star is just beginning to shine bright and her career has just taken off. Yet she is a family girl at heart, although she lost her father when she was just 10. That cast her into the world as a breadwinner, to help her single mother hold the home front afloat.

Having started school at Hana Mixed International School, she later went to Tropical High School and Pride College, before she opted not to continue with university and instead threw herself head-first into the hustle that life is. She admits with pride that she lives for her mother and two younger sisters.

“To make everything possible for my family is what keeps me going. Even if I wake up in the morning and I feel like I do not want to go out there and work, the thought of my family needing something and I cannot be able to provide it does not sit well with me. So, when I think about my mum and my sisters, no matter how tired or exhausted I feel, I go out there and do whatever is there to be done.” I notice she has two tattoos. One says,

‘With Pain Comes Strength’ and the other one says, ‘Sanity’. They clearly hold deep meaning for her and where she has been. Surprisingly, though, there is no visible tattoo of a sweetheart or heartthrob. “Of all the crazy things I know I can do, that is not one of them.”

Etania has high hopes for this year, considering what a pleasant surprise 2020 turned out to be for her. She is working on building her brand and personality; so, world, watch out for this young woman!