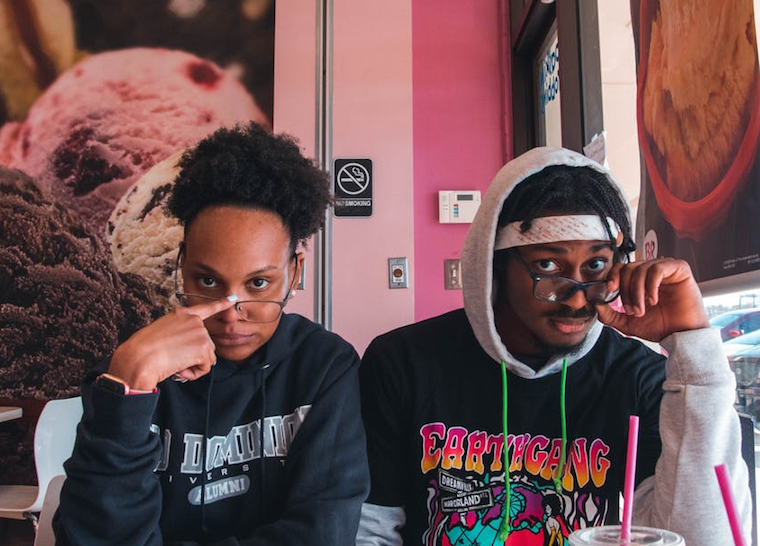 I can’t remember the last time I was so angry with Diane. How dare she cheat on me? After all I had done for her!

The life I had given her! I had made her the envy of other women with the fancy car, huge house, designer clothes, name it – and this was how she repaid me!

I had stayed away from her for Diane and the sake of our marriage, but while I had been making all these sacrifices, Diane had clearly been getting her fill from Mark. No wonder she was never in the mood for sex when she got home!

I felt like such a fool, and it was not a feeling I was accustomed to, or one that I knew what to do with. I decided to go with the second option; making an illegal traffic turn, I headed for the apartment I had rented for Julie.

After I had finally absorbed the results of the baby’s sex and pulled myself together, Sandra insisted that we mark the occasion by going to buy a symbolic ‘baby boy’ outfit; “something you can look back on and remember the day you found out you were having a son,” she had urged as we left the hospital.

Although all I really wanted to do was go home and lock myself in my bedroom, I caved under her pressure and we headed to a nearby mall instead. Despite the fact that we had planned to just buy one symbolic outfit, once in the store faced with so many cute options, we ended up picking close to a dozen, along with shawls, baby blankets, caps and booties.

Money was not a problem, because while David regularly made deposits on the account he had opened for me, cooped up in the apartment, I hardly made any withdrawals; so, it had accumulated a rather sizeable nest egg.

However, I no longer had the energy levels I once had, and after a few hours of shopping, I was worn out and ready to call it a day; so, we headed back to the apartment.

On arrival, I froze when I saw a car I would recognize anywhere – David’s! What was he doing here in the middle of a workday and why hadn’t he called to let me know he was coming?

“What is it?” Sandra asked as she saw my hesitation in the parking lot. “That’s David’s car,” I pointed it out.

“Oh my God, yes it is!” she exclaimed brightly.

“Well, don’t just stand there, let’s go up and see him! You look like you just saw a ghost.” “It feels like I have,” I muttered quietly, but she was already leading the way to the stairwell and didn’t hear me.

“Christ, what a mess! Is he having you followed or something? How on earth did he know you were here?” Mark cursed, once David was gone.

“He didn’t. He had wanted to take me out for lunch and I said I was tied down at the boutique. He knows this is my favourite restaurant, so it makes sense that he would pick this one to buy a take out from,” I explained.

“Then why the hell did you pick the same restaurant for us to meet at when you knew your husband could show up as well? Were you just trying to start trouble?” he fumed.

“Of course not! When I said I was tied up at the boutique, I thought that was it; how was I supposed to know he would go on to pick me lunch?” I snapped back.

I was mad at Mark for implying that I was somehow to blame for David’s surprise appearance, when it was he who had suggested we meet for lunch before heading to the hotel, and had asked me to pick the restaurant.

Of course I would pick my favourite one! However, at that moment, I was more concerned about David than Mark. For even though he thankfully had not caused a scene here, I had been married to him long enough to know when he was angry; he was livid.

What was he going to do? Would he attack me and beat me up once I got home that evening? Would he throw my stuff out of the house and lock me out? Would he call my parents and tell them to take back their daughter? Would he do all three?

There was no precedence for the situation in the history of our marriage; so, I really could not guess how he would react and that really terrified me.

“I’m going to go back to the boutique,” I announced as I got up abruptly.

I had lost my appetite for lunch, and had definitely lost any interest in heading to the hotel as well. Apparently so had Mark, because he did not argue and just nodded once instead. I left and did not turn back once on my way out.