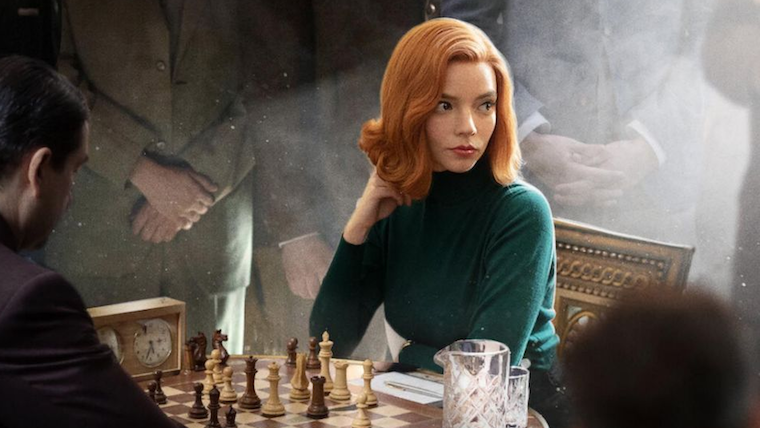 We cannot bid 2020 goodbye without talking about television.

Television is the one thing I consume more than any other form of entertainment, primarily because the process is so effortless. The medium is attractive because it is so diverse. You can literally find a show for everyone. This makes it impossible to craft a list of the best shows that came out in 2020.

However, even with the glut of entertainment that came our way, some shows separated themselves from the competition, either because of their quality, concept, or the message. People have not stopped raving about The Queen’s Gambit.

Featuring Anya Taylor-Joy as a quiet girl with demons in her closet that will stop at nothing to dominate the chess arena, the Netflix limited series has been praised for its production values, emotional narrative, and engaging approach to addiction. I was hesitant to give The Queen’s Gambit a chance, because I thought it was just another teen drama.

But what I have seen so far suggests that the show is everything its passionate fans have claimed. Speaking of passionate fans, the fame of Better Call Saul continues to grow with each passing year.

The fifth season of the quiet, reflective Breaking Bad prequel brought Saul Goodman one step closer to the persona people encountered in the show’s predecessor. Better Call Saul is brilliant. But until I watch Breaking Bad, I am content to leave it on the ‘I Might Watch This Later’ shelf.

On the other hand, I cannot see myself watching I May Destroy even though so many people have praised it as the best show of 2020. The dark, 12-episode HBO drama follows a young black writer with a looming deadline that has to come to terms with the trauma of being drugged and raped.

Considering the relevance of the subject, I can understand the attraction of the show. But the concept hasn’t won me over. Devs is easily the most original show of 2020. Is it one of my favourites? Well, no. It wouldn’t crack my top five. But I understand the love it enjoys all these months later.

The Alex Garland title explores grief and the human condition through a science fiction lens. I wouldn’t begrudge anyone who chose to elevate Devs above the likes of Ozark and The Crown. On the completely opposite end of the spectrum is Schitt’s Creek, a somewhat obscure comedy that has gained a strong cult following.

I watched Schitt’s Creek when it was first released, and the first three seasons reduced me to tears because of how hard I laughed. I watch way too much comedy, so I have no idea why I abandoned Schitt’s Creek. But apparently, the sixth and final season was everything longtime fans have always wanted. Year 2020 was also the beginning of the end for Bojack Horseman, which brought its titular character’s trials to a dramatic close.

I can’t say that I care though. Don’t let the animation fool you. Bojack Horseman is a great show. In fact, it is better than 95 per cent of all the shows on TV today.

But I could not stand the persistently depressing stories it told, not to mention the cycle of failure and redemption that constituted the protagonist’s life, which is why I ultimately gave up on the show after three seasons. That said, Bojack deserves a place on every list of 2020’s best shows.

I don’t know how they do it, but the writers keep finding ways of squeezing tidal waves of drama from what should have been a silly, comical premise.

Naturally, I can’t mention everything. 2020 was a treasure trove of amazing shows, and I will probably spend the rest of 2021 catching up on everything I missed, including Dark, Lovecraft Country, and The Haunting of Bly Manor. I appreciate the idea of having more TV shows than I could possibly finish in a few months of dedicated watching.