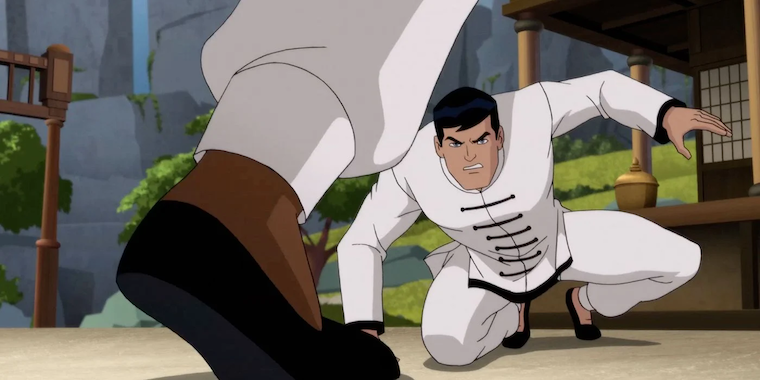 Batman: Soul of the Dragon is the DC Universe’s 40th animated original movie.

It takes viewers back to the 1970s. As a young man, Bruce Wayne journeyed to a secret monastery in Nanda Parbat to study martial arts under the renowned O-Sensei.

Now, Bruce must face off against a great evil from his past; a serpent deity that will bring the world to ruin if it is allowed to roam free. But he does not have to fight alone.

Joining him in the war are Richard Dragon, Ben Turner, and Shiva, his classmates from Nanda Parbat who will stop at nothing to destroy the foe that claimed their sensei’s life. Batman: Soul of the Dragon is an Elseworlds story that has no bearing on the Batman adventures of the main DC universe.

Like most DC animated movies, this one was primarily made with fans of DC comics in mind. It premiered on January 12.