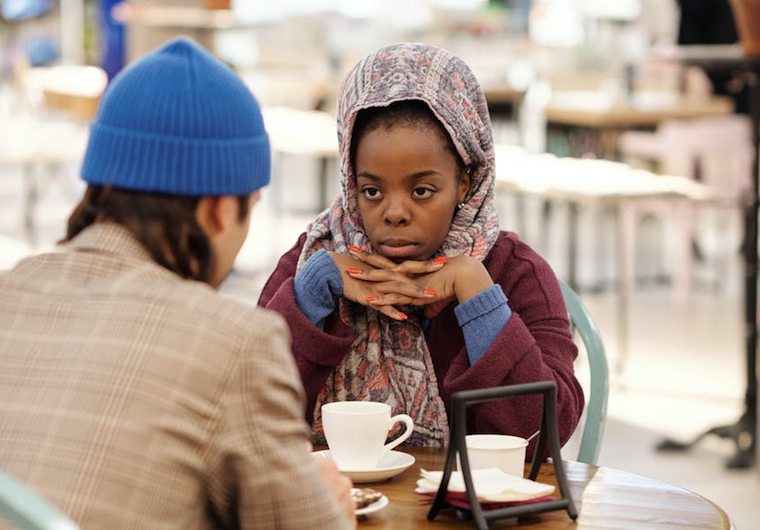 Sandra and I went for my next antenatal visit with Kenneth together. While he was surprised to see I was not alone as usual, he acted totally professional, and Sandra thankfully did not sense any underlying currents between us.

That was just as well, because I knew that as far as she was concerned, David was my ‘man’ even though he was obviously missing in action.

After all, he was the baby’s father and was paying all the bills; to her, that was all that mattered. I knew she would not understand my craving for something more, for someone who was actually present; so, I was glad I would not have to explain to her about my doctor wanting to take that spot.

Besides, at the time, we were all too focused on the main purpose of the visit – to find out the sex of the baby – for her to pay attention to anything else.

The technician, who actually performed the scan would not tell us anything, insisting he would send the report to the doctor who would answer all our questions, and we had to wait for close to half an hour before Kenneth finally called us back into his office.

“I’ve received the scan report; the fetus is developing normally, and everything looks fine,” he said brightly. “That’s great, but is it a boy or a girl?” Sandra prodded impatiently.

Personally, I was too nervous to even speak, and held my breath anxiously as he looked back down at the report for what felt like an eternity, before finally looking back up at me.

“Congratulations, it’s a boy!” he announced with a soft smile.

For a few seconds, I just stared at him, before his words registered. A boy. I was carrying David’s son. Overcome with emotion, I just began to cry. I cried because I was happy. I had somehow always felt and secretly hoped that the baby might be a boy, but at the same time, I cried because I wished I could share this moment with David, not just Kenneth and Sandra.

As Sandra whooped with joy and hugged me excitedly, I cried even harder – it should have been David hugging me in delight at the news that we were going to have a son, but the way things stood, I did not even think I would get the chance to share the news with him in person.

I don’t know what made me decide to buy Diane lunch in the middle of the week. It certainly was not the sort of thing I normally did, but I was still actively trying to rekindle the spark in our marriage, and it just happened to be a particularly slow day at the office, with my next meeting not due until three that afternoon; so, at the time it seemed like a good idea.

I should have called it off when I called her to suggest it and she said she was too busy at the boutique to step out, but instead, I decided to go one step further: go buy the lunch from her favourite Chinese restaurant, and then personally deliver it to her at the boutique.

If that did not rekindle the spark, nothing would. I told myself as I headed for the restaurant. When I arrived, I was surprised to see Diane’s car in the parking lot; I was certain she had said she was tied up at the boutique, so what was her car doing here?

Perhaps she had lent it to Tracy, I guessed doubtfully. Diane was extremely protective of her car and would rather order a cab than lend out her car; besides, Tracy owned a car.

As I entered the restaurant, it was with a sense of confusion rather than trepidation, but then I spotted her in the far corner. With a man! He had his back to me, so initially I could not see his face, but I could see Diane’s and the startled, guilty look in her eyes, as she saw me at almost the same time.

My heart skipped a beat and then began racing as David walked into the restaurant. Our eyes met, and he began striding purposefully towards the table where I sat with Mark.

Under any other circumstances, I could have explained away the chance encounter as a business meeting, but I had just spoken to David less than an hour ago and told him I was tied down at the boutique and there was no getting out of that lie now.

Because Mark’s back was to him, he did not see him, and I only had the time to whisper a warning “David’s here” to him before David got to the table.

“Well, this is certainly a surprise! Hi Diane, how’s the boutique doing?” he greeted me sarcastically, then turned to Mark.

“Hi Mark; I didn’t realize my wife’s business with you extended to lunches at her favourite restaurant. I suppose her account is a lot more lucrative than I gave it credit for,” he sneered.

“Hi David; Diane and I were just……”“Don’t bother; I think I can figure out what’s going on here, and don’t let me keep you from your lunch. I had come to pick you some since you were supposedly too busy to leave the boutique, Diane, but looks like Mark beat me to it. So, I’ll let you two get on with it,” he said coldly, then without another word, turned and strode off.

I had not gotten the chance to say a word before he was gone as suddenly as he appeared, but it was probably just as well, as there really wasn’t anything to say.

David was not a fool, and I could tell from his cold demeanor that he had figured out what was really going on between Mark and I. The question now was what was he going to do about it?

I look forward to this story every week. how I ish it was a daily one

Such a great writer Margaret you are. Thanks, keep it up
Quote | Report to administrator
Refresh comments list
RSS feed for comments to this post
Add comment