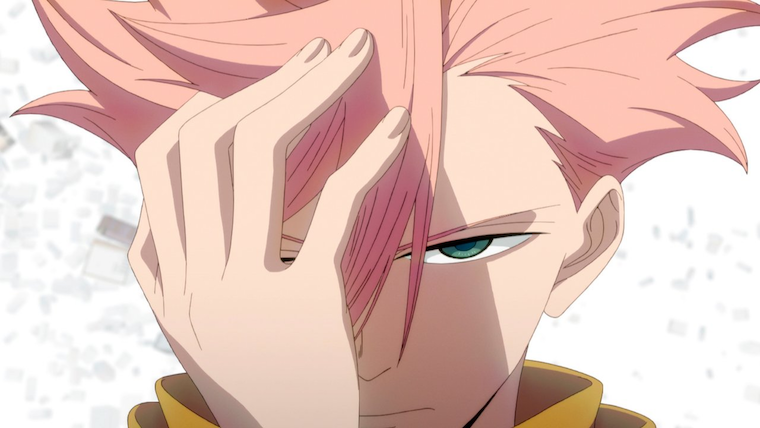 For all its problems, 2020 gave us one of the most eclectic collections of anime we have seen in a long time.

Let us discuss some of the biggest surprises to come out of last year. ID: Invaded immediately comes to mind. The show takes viewers to a future where law enforcement uses advanced technology to invade the minds of murder suspects.

Each episode introduces audiences to a new landscape, a virtual world designed to represent the psyche of a criminal element. Narihisago, the hero, has to master the rules of each domain in the hopes of locating clues that ordinary investigative techniques could not possibly unearth.

I never finished ID: Invaded. It got lost in the chaos of the lockdown. But all these months later, I still remember the way the individual cases kept me so thoroughly engaged. If Psycho-Pass were to have a spiritual successor, ID: Invaded would be it. The anime succeeds because of its unique concept and execution; yet, surprisingly, it is not as memorable as My Next Life as a Villainess.

The Isekai genre has maintained its presence in the limelight because each season of anime introduces a show that somehow re-invents the entire Isekai concept. Re: Zero is still the undisputed king of the genre. My Next Life as a Villainess is not necessarily a contender, but it is the perfect alternative for any anime fan that does not appreciate RE: Zero’s high stakes and tense narrative.

Catarina is not some plucky shut-in that has to defend a magical realm from fantastical enemies. The daughter of a noble family, Catarina knows that her character is a cruel woman who spends the game ruining every life she encounters before she finally meets a horrific end, but Catarina is determined to change her destiny.

Based on a light novel, the anime is shojo, which is hardly my cup of tea. If you share my preferences in anime, it might shock you to learn that My Next Life as a Villainess is refreshing, heartwarming, and entertaining. Ascendance of a Bookworm, which follows a book nerd that reincarnates in a world without books, is equally delightful.

Even if you live and breathe action-heavy shonen, I urge you to step out of your comfort zone long enough to consume these pleasant shows. If you refuse to compromise on your anime watching habits, you might as well give Deca-Dence a shot. This is easily 2020’s most surprising show.

The first few minutes initially hint at a standard post-apocalyptic story in which Natsume, a teenage girl, joins a military unit that protects humanity from mysterious creatures. If you abandoned the show the moment the fighting started because it looked a lot like an AOT rip-off, sit back down and keep watching.

Deca-Dence does something that upends the tropes of the entire genre. I also urge you to experiment with Dorohedoro. Is this show humorous? Yes, it is; however, it also features significant quantities of gratuitous violence and body horror.

I am yet to see a more effective blend of comedy and gore. I won’t say much about the show; you are better off discovering the story for yourself as it unravels. If you want me to whet your appetite, the protagonist has a lizard head. Last year did not disappoint in the anime department. In fact, it exceeded expectations by delivering an astonishing number of shows that favored substance over style.