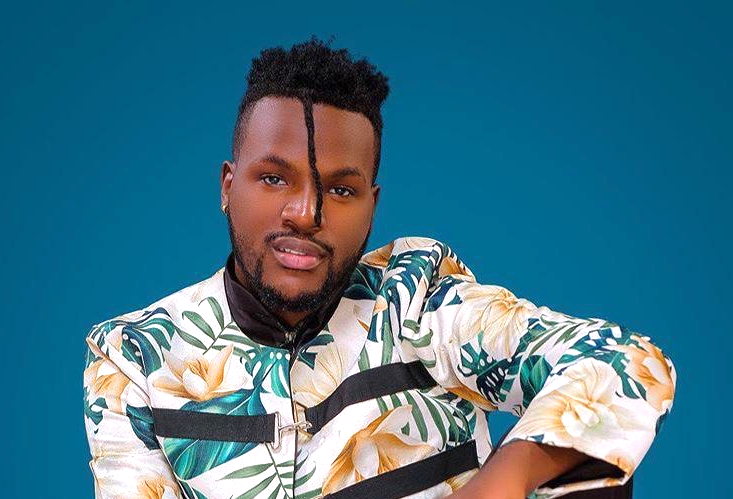 ZULI TUMS is a man of many talents; he can produce, write as well as sing his own music. The 29-year-old is among the lucky few artistes who managed to break out in 2020 in spite of a raging pandemic, with hits including Easy, Tabu and One Minute receiving good airplay. Quick Talk caught up with him at his studios in Bbunga.

[Goodness!] 2020 was a year to be grateful for, but at the same time one to forget. The Covid-19 pandemic affected the whole world, but to be [honest], it was a very good year for me as an artiste, because it was the year that I started the singing part of my career and it worked out very well.

Let me backpedal here; who are you?

My real name is Sam Ssemwogerere. I am a singer, songwriter and record producer. I was born and raised in Kamwokya, Kampala in March 1992.

Why Zuli Tums then?

I was named after my late grandfather, but when I grew up, I found out that he also had another name, ‘Zuli’, which means something good in [a‘gandalised’ Kiswahili dialect]; so, I also took it up. For Tums, it simply means ‘Tell the Universe about Me, Sam’. So, that is how Zuli Tums came about.

Hmmm… and how did you start music?

My interest in music began in Senior Three. That is when I developed an interest in music production. The journey has been a school for me. I have learned many things. I have educated myself musically. I have made very good friends and I believe I have delivered very good music.

Producing, writing and singing… isn’t that too much for one person?

No. It is just a blessing that I can do all that. I am one person who likes multi-tasking and picking my fights well. I started out as a producer and did that for close to eight years until last April when I got signed to my record label, Blacq Avay Records and Entertainment; then I started singing. Ever since I started singing, the production part is on hold except for myself.

Eh; you no longer produce for other artists?

No. For now, I am concentrating on myself.

What do you prefer most; producing, writing or singing?

I literally receive the same energy when I am doing all the three, because the challenges are always almost the same. Whether you are making beats, writing the song or going to studio to record, you need a vibe or an inspiration.

And what is your vibe or inspiration?

I actually just came to realize in 2020 that inspirations change over time. They actually depend on what your goals are, but mostly I am inspired by things that happen in life. Be it conversations that I have with people, situations that I see and music from other artistes.

What are some of the notable names you have worked with?

I have worked with Spice Diana, Vampino, Pallaso, Cindy, Maro, Feffe Bussi, Young Mulo, to mention but a few.

[Speaking of which, where did Young Mulo disappear to!] Who would you single out as the easiest to work with?

Working with Maro was always a vibe, because we have known each other from 2014. I always enjoyed studio sessions with him because he went beyond just being someone I produce for to a brother; so, it was always fun working with him.

Any local producers and singers you look up to?

I admire productions from veteran producers such as D King, Henry Kiwuwa, but also from the new generation like Nessim, Artin Pro, Smart Keys and Nexo.

Quick Talk hears you are being managed by Nigerians…

Well, it is a Uganda-based record label that has a presence in Lagos, Nigeria and Johannesburg, South Africa.

Does that mean your music is targeting the international market?

Definitely, that is where I am focusing. Even when you listen to my sound, you clearly hear that I am focusing on continental glory.

Yes. Invictus is a Latin word that means unconquered. I came up with that particular title because it fits my personal story when I look back at the things that I have been through and my journey as a producer. It is an album that I did to tell people about my story, not forgetting to make them feel loved and inspired by it. It is a 12-track album with only one collaboration [with Nigerian, Skales] and it took me seven months to compile.

I like watching TV, mostly cartoons and comedy. I love pets [this comes as no surprise, Quick Talk having seen the affection Tums has for his cat that lies on the couch during the interview]. I also have strong love for football; I actually even play it.

Really? Which teams do you support?

Locally, I used to support SC Villa, but I lost track. Internationally, I am a Gunner [Arsenal fan].

Are you dating anyone?

[After giving it a long thought:] Ahhhhhh…. Well, all I can tell you is that I am putting all my focus on the music. I have just started a new journey, which really needs a lot of concentration and that is where I am looking. [When Quick Talk looks at him in silence, Tums bursts into laughter.]

Concentrating on your career does not mean you cannot be in a relationship! [He joins his hands at the back of his head and falls back while laughing out loud].

What I am saying is that maybe people are different and some people need a lot of concentration while others need less concentration. I think I really like some part of my life very private, but I can assure you that I am concentrating on my music.

Okay. Would you date a fellow artiste?

Love is a beautiful thing that has no boundaries; so, why not, if we love each other?

Do you have any celebrity crush?

Most of them are getting old [Hey…be nice!] But I used to really have a big crush on Grace Nakimera.

I am still pushing my latest album as I package another one. I am in studio producing more music, focusing on continental glory. Five years from now I want to spread my sound to the world.