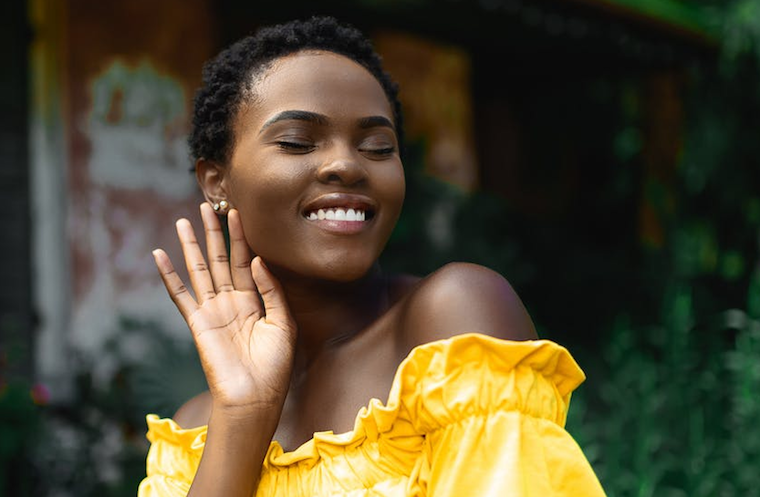 I had just returned to the boutique from another ‘lunch’ with Mark – our third in just as many days – when Tracy accosted me:

“Mark. You’re sleeping with him and don’t bother denying it, because it’s written all over you! I just wonder how David hasn’t managed to figure it out yet when it’s as clear as day.”

It was pointless to deny it; Tracy and I had been friends for too long and she knew me too well.

“Fine, so I’m sleeping with him, so what? That was the whole point, wasn’t it?” “Yes, for you to get your revenge, get David’s attention again, and feel like a ‘wanted’ woman. You’ve achieved all that; so, why are you still running off to get laid every lunch time?”

That gave me pause; Tracy was right, I had achieved what I set out to – but I was not ready to let go of Mark yet. The truth was I was enjoying myself more than I had thought I would. I had rediscovered myself in Mark’s hands and now that I had felt the things he made me feel, I wanted to keep feeling them.

“I’ll stop when I’m ready to,” I murmured stubbornly.

“Well, just pray it’s before you end up losing all you’ve gained so far. Too much of anything is dangerous; if I were you, I would get out of the game while still ahead.”

I knew she was right; I knew I would eventually have to end this madness, but I had just started to enjoy myself and David was not even suspicious; surely I could carry on for just a little longer.

When Sandra got her holidays, she came straight to my apartment. I was glad to have some company in the flat for a change and we talked for hours as we caught up with what had been happening in each other’s lives. It was not long before the subject of David came up.

“How’s David? You haven’t mentioned him at all,” Sandra prodded as we cooked dinner.

“That’s because there’s nothing to mention about him – I don’t see him,” I shrugged, trying to act casual.

She saw right through my act.

“That must hurt; I know how much you love him,” she said softly.

“But at least you have the baby on the way; so, you two will always have that bond. I’m sure he will want to spend time with his child.”

“I would like to believe that, but the truth is, with David, you never really know what he’ll do next,” I answered, remembering how he had made love to me one minute, and then gotten up, left, and never returned.

“David is a good guy; I know he’ll do right by the baby when it gets here. By the way, have you found out the sex yet?” she expertly changed the subject.

“No. I haven’t checked – it’s not quite as exciting when you have no one to share the excitement with.”

“Don’t be silly! I’m dying to know, and I’m sure deep down, you are too. We’ll go find out together!” she suggested excitedly.

“Yes! I’ll come to your next doctor’s visit and we’ll find out together! Please!”

She was right, I did want to know the baby’s sex, but had not gotten round to actually finding out because I had always envisioned doing that with David by my side.

That, however, did not seem likely now; so, perhaps Sandra was right; maybe we should go ahead and find out – at least she genuinely wanted to know.

“We’ll see,” I answered cagily, but from her satisfied smile, it was obvious she knew that really meant yes.

Despite my ‘talk’ with Diane and my threat to ‘take’ what I felt I was entitled to as her husband, not much changed over the course of the next few weeks, and I found that I was not really interested in having my way with a woman who would obviously rather I did not.

As a man, I wanted sex, but as a proud one, I wanted a willing partner, and Diane clearly was not one. I wondered what had brought about the change in her desire for me; my ego would not let me consider that my performance was the problem, so I put it down to a phase she was going through that would eventually blow over, and I did not let it bother me any further.

While Diane was going through her ‘phase’, I distracted myself with work and the rest of my family. I still helped the children with their homework on most evenings and while Diane and I were growing further apart, the children and I grew closer.

The increased amount of time I spent with them inevitably made me think of the child I had on the way with Julie, and I found myself wondering about the child that would be my fourth born; would it be a boy or girl?

Would she or he look like Julie or me? I had forced myself not to think of Julie, but as I grew closer to my children, I found myself thinking more and more of the child I would have with her.