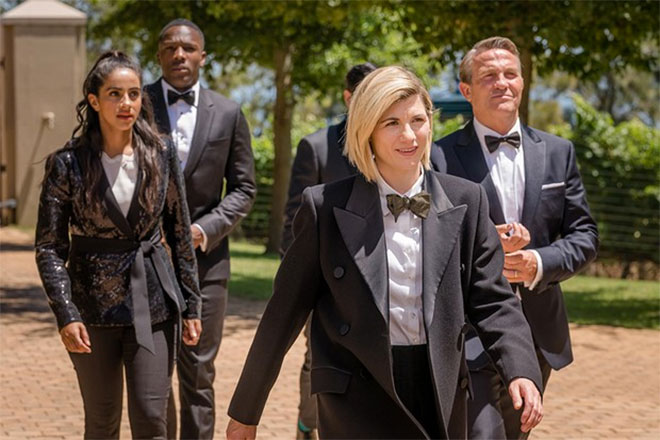 Jodie Whitaker leaving Doctor Who is probably old news to many of you, but it comes as quite the shock to me. Here’s the thing.

A lot of Doctor Who fans hate Whitaker, and they have spent her entire run either predicting her departure or directly petitioning the BBC to sack her. So naturally, I have learned to dismiss every ‘Jodie Whitaker Quits Doctor Who’ headline as a desperate attempt to pressure the BBC.

However, in this case, Whitaker is definitely leaving. Why is she leaving? The answer is not quite as straightforward as you think. Obviously, it would not be an exaggeration to call her the most unpopular Doctor from the new era. Her run has been the most contentious, with some sections arguing that she was only chosen for political correctness, rather than a response to the storytelling opportunities her presence might have presented.

The episodes in her first two seasons support this assertion. I have nothing against TV shows that pepper their episodes with social messages. That being said, there is no excuse for eroding a show’s entertainment value in an effort to elevate the social message.

Unfortunately, Whitaker’s first season fell into this trap. It was a heavy-handed attempt to attack the ills of capitalism, racial discrimination, and climate change. The lack of subtlety earned Whitaker’s debut season an avalanche of criticism. Some of the conversations devolved into arguments about the impact Whitaker’s gender had on the complaints coming her way.

I don’t doubt that some of the anger directed at Whitaker was rooted in sexism, but that does not make the disapproval surrounding the actress’ portrayal of science fiction’s most iconic character any less valid. You could argue that Chris Chibnall is to blame for all this chaos.

After all, this is his show. Whitaker is just an employee. She did what she was told. Can you really blame her for leaving this role? If the rumours are to be believed, her decision was influenced by her agent who asked her to abandon the role before it could permanently tarnish her reputation. Even if that were not the case, who wants to stay in a role that has been maligned by so many ‘Whovians’?

If Whitaker truly felt like she had no choice but to quit, her decision makes sense. However, we shouldn’t be so quick to conclude that Whitaker is simply running away from an angry and dissatisfied fanbase. Don’t forget that Tenant ended his run after three seasons. The same is true for Smith and Capaldi.

If Whitaker regenerates at the end of her third season, which premieres later this year, she is merely maintaining the pattern her predecessors set. While I was not her biggest fan, her run feels strangely short.

I doubt she can redeem her reincarnation of the Doctor in the eight episodes of her final season. I would not want to be Chibnall right now. As far as we know, he has every intention of staying on. If the next Doctor is met with the same derision as Whitaker, we have no choice but to conclude that he is the problem.