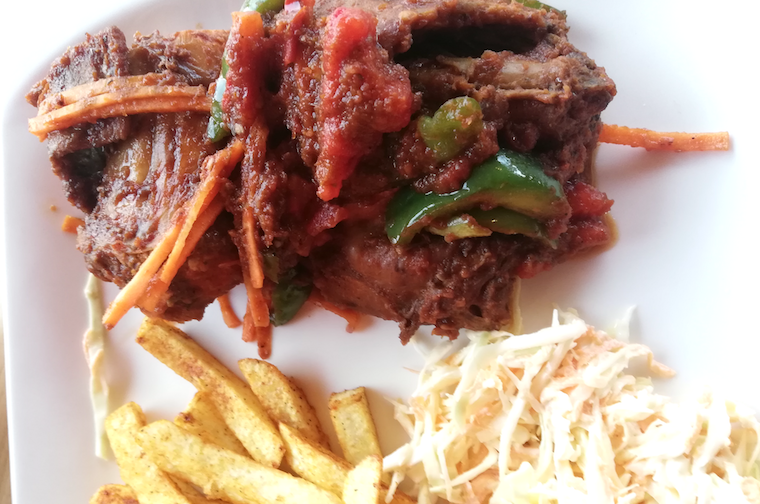 That is rabbit meat for you. Why and how the two meats share so much in common remains a mystery.  Until recently, commercial rabbit servings had not taken off in Uganda, but now rabbit butcheries are slowly cropping up.

Iosa Rabbit Meat along the Bukoto-Kisaasi road is one of them – a small rabbit meat-only eatery seating just 16 people. It was my first encounter with rabbit meat and I settled for the pan-fried rabbit.

I have never felt so guilty eating anything; it took me several minutes to compose myself for the first bite. I don’t know if it is because I have kept rabbits as pets before; all I could see in front of me was a spotless innocent white bunny on the plate, but the story had to be done.

The rubbery skin did not help matters. I was served a piece from around the rib area. The bones are soft and chewable. Had The Observer not paid for this meal, I was more than ready to abandon it without a single bite and just settle for black tea at Shs 5,000 per pot.

For one piece of rabbit meat, Iosa charges Shs 20,000 and Shs 28,000 for two pieces, with chips. Four bites and I was done. Rabbit meat is considered the healthiest among all meats with the highest protein, low fat and lowest calories.

The flavours are stronger and more prominent than chicken so much that your urine will still smell of it for the next 12 or more hours.