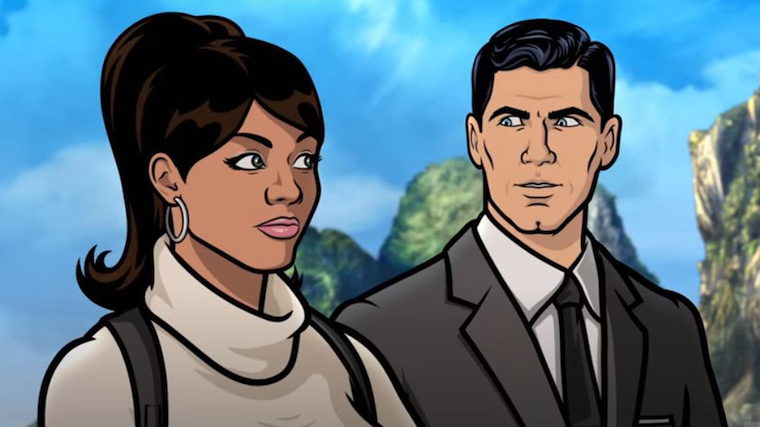 The year 2020 was a decent one for anime. I don’t think we got any obvious breakout hits, precluding Demon Slayer: Mugen Train.

Nonetheless, the interest in anime is growing at an unprecedented pace, mostly because many platforms are streaming anime these days; not just Crunchyroll, but Netflix, Hulu and Amazon. Jujutsu Kaisen probably dominated 2020, for many. I don’t get the hype. The show follows an athletic high schooler who joins an elite academy of sorcerers after ingesting the thumb of an ancient evil.

I like shonen, and this anime is a decent shonen. Still, Jujutsu Kaisen is as average a shonen as they come. Demon Slayer transcends the shonen genre, because Tanjiro is an inspirational protagonist. Yuuri from Jujutsu Kaisen is very forgettable. My feelings are just as mixed where Darwin’s Game is concerned.

The show follows a 17-year-old who inadvertently joins a violent contest against a horde of sociopaths after he naively accepts an invitation from a deceased friend. The anime’s biggest offering is the action, but the characters are dull. Personally, my list of 2020’s best anime would not feature either of those shows. Some of my selections are obvious.

The fourth season of MHA continued the trend of stellar and consistent storytelling we have come to associate with the franchise. The stakes were higher but also more intimate as Deku and Mirio faced their darkest challenge to-date. You rarely see character development like this in long-running anime.

The only other show that can match MHA’s consistency is Haikyu, whose fourth season followed the triumphs and heartaches of Karasuno as they prepared for and ultimately faced Inarizaki High. Anime does sports better than the real world. Volleyball has never been this taut, agonizing, or engaging.

Speaking of consistent storytelling, most of you are probably wondering how MHA and Haikyu got a mention before RE: Zero.

Well, I think Re: Zero Season 2 is the best anime of 2020. Time loops are so difficult to pull off because the concept eventually loses its novelty, which is why they are often restricted to short movies and single episodes of television.

Not only has Re: Zero maintained this concept over the course of 1½ seasons, but every episode is somehow more exciting than the previous one. The anime practically reinvents itself every single week. Each 22-minute installment is an eclectic puzzle box filled with confusing clues designed to illuminate a larger scheme.

I don’t remember the last time I was this obsessed with a show. And yet, the second season was a little disappointing. I don’t want to give anything away because Re: Zero is one of those shows you have to discover on your own, without spoilers. But I will say that in some places, season 2 felt more like a series of surprise twists and turns.

I like twists and turns but they cannot replace proper character development and storytelling. Also, the final sections of the first half of the season gave me serious Fairy Tail vibes, which isn’t a good thing. I don’t know if I should add Attack on Titan Season 4 to this list.

The new season started on December 7, but I think we should wait for the anime to end before we judge the entire season. But if you read the manga, then you know that anime-only viewers have a wild ride ahead of them. I can’t end this without mentioning Food Wars: The Fifth Plate, the fifth season of the most sexually explicit anime on television that is also technically geared towards younger viewers.

Food Wars is a cooking show. It follows Yukihira Soma and his friends as they test their mettle against the world’s greatest (teenage) chefs.

Like Haikyu, Food Wars makes cooking far more exciting than the real world. The fifth season maintains Soma as the often underestimated underdog that has to prove his worth using a mix of talent, technical skill and unorthodox ingenuity.

This anime has more in common with a shonen battle manga than a conventional cooking show. But you won’t find me complaining. These are the obvious picks of 2020.

The year gave us plenty of unexpected surprises, but you can’t talk about its best anime without mentioning the juggernauts that have kept us engaged and invested for so long.