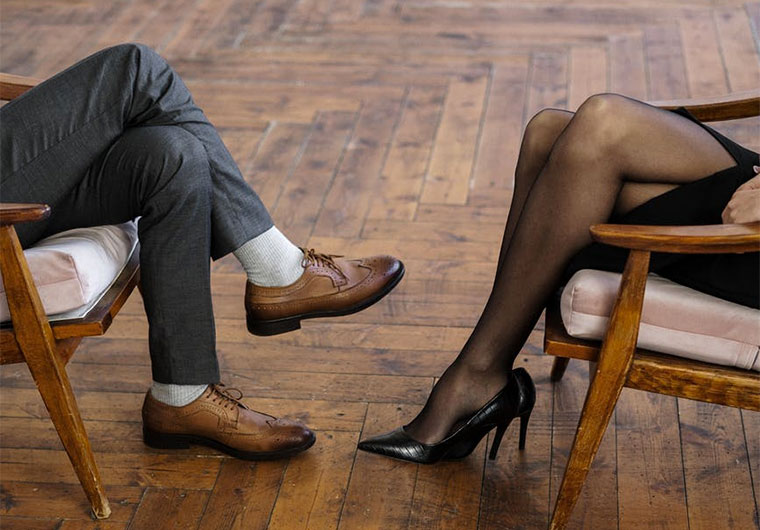 (Continued from the last issue) David and Diane have been married for years; then there is Julie, the young secretary whose axis collides with the couple’s in ways none of them saw coming.

Mark called me incessantly over the next few days, begging that we meet again. Initially I kept coming up with excuses not to, but after a week of endless calls, I finally agreed to a lunch date.

Rather than meet at our usual café, this time he asked for us to meet at a hotel, and after a moment’s hesitation, I agreed.

I knew that his choice of meeting venue meant he wanted us to have sex; I also knew that I was finally ready to take that next step with him.

At home, I had David exactly where I wanted him; he had continued being attentive and focused on our home and marriage. The children were thrilled to have him helping them with their homework in the evenings and once again taking us on family outings over the weekends, and I no longer felt like I had to fight for our marriage.

Now that I was confident I had won that battle, I was ready to move on to my next, which was why I agreed to meet Mark at a hotel, even when I was sure it would ultimately lead to me cheating on my husband for the first time ever.

I did not tell Tracy where I was going or what I was going to do when I left the boutique that afternoon, because I knew she would disapprove and try to talk me out of it. I knew she would say I was crazy for endangering my marriage when things were finally going so well, and maybe I was, but she did not understand how badly David’s own infidelity had hurt and damaged me.

This was not just about revenge; it was also about rebuilding my shattered self-esteem. If I was a b*tch for what I was about to do, it was David who had turned me into one.

Over the next few days, I continued to force myself to focus on Diane and the children in a bid to keep my mind off Julie. Even though she had not been in touch since I had let myself out of the apartment that day, I had sent her more money than I knew she needed in an attempt to assuage my guilt over what I knew she viewed as abandonment.

I told myself that as long as I was providing for her, I could not be accused of abandoning her, and that I was doing much more than most men in my situation would.

Nonetheless, there was always that small niggling sense that I was doing her wrong by staying away, and it was that voice that I was trying to drown out by immersing myself in my family.

Not that Diane appeared to recognize the effort I was making. Not once did she remark on the fact that I was always home early, or thank me for helping out with the children, or appreciate the weekend outings I took them on.

She acted like she was entitled to all this and I suppose she was, but it would still have been nice to once in a while hear a “thank you” from her, or at the very least give me sex without making me practically beg for it.

Her attitude irritated me, but I told myself it was the cross I had to bear for having strayed and cheated on her in the first place and hoped that with time she would feel I had paid my penance and maybe then my efforts would be reciprocated. Until then, I was determined to continue doing all I could to keep her happy and my family together.

Days went by without a word from David, though the balance on the account he had opened for me kept increasing. He was depositing money on it almost every other day, certainly faster than I could possibly spend it, and I had more money to my name than I had ever had before, yet I felt emptier than ever.

I wanted David, not his money, but I was slowly coming to the realization that I would probably never have him and that knowledge hurt deeper than any amount of money could fix. I spent my days in a foggy haze, going through regular motions on auto-pilot.

The apartment was cleaner than it had ever been, as I swept, mopped, scrubbed and polished over and over again in a subconscious effort to keep my mind distracted from the pain eating away at my soul.

It didn’t work, and I spent my nights lying awake in bed, silent tears streaming down my cheeks as I wrapped my arms around my growing belly wondering if the child growing within me would ever get to experience the love and presence of a father, or if like me, they would have to settle for simply having all their needs met, and learn to be satisfied with that.

I tortured myself trying to figure out where it had all gone wrong, what I had done to push the man I loved back into the arms of a wife I was sure could not love him as deeply as I did.

I had loved him and treated him like a king, and yet he had still left; why? For the life of me, I could not find an answer to that question and it was slowly killing me.

I knew I would eventually have to pull myself together and get past my pain for the sake of our child, for I didn’t want him (or her) born to an absent father and a damaged mother; for now, I didn’t have the strength to; and so, I drowned in my pain.