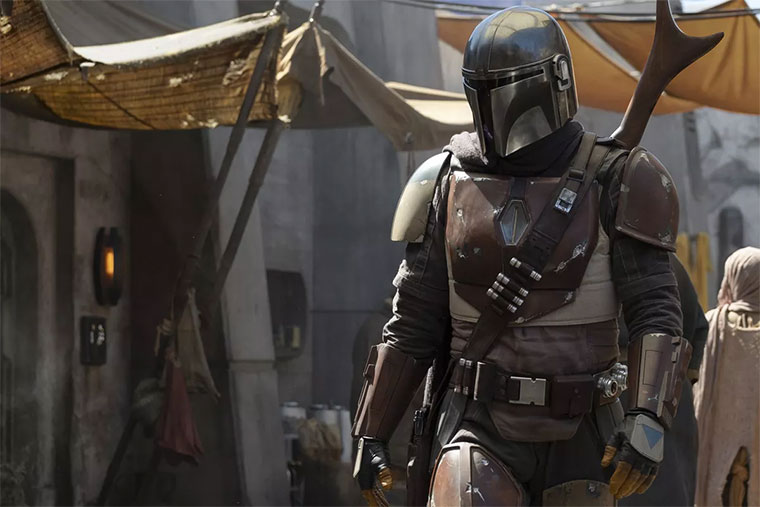 I know what you are thinking. The internet is buzzing about The Mandalorian. So, naturally, the easiest way to drive traffic is to talk about the show. But that is not what I am doing.

Is The Mandalorian an easy target this month? Obviously. But look, this show is special. Remember last week when I classified it as ‘okay’? That has not changed. The show is far from great. And yet, that doesn’t make it any less spectacular. Remember when 24 aired in the early 2000s? People called it revolutionary.

They argued that it was changing the television landscape by doing on the small screen what people had only seen on the big screen. The Mandalorian is like 24. At some point in the third episode, you see a large Imperial Freighter hurtling through the grey skies overlooking a fishing port.

Four Mandalorians emerge, streaking through the clouds like fiery angels before descending and unleashing hell on the freighter’s inhabitants. Now, some of you read that and thought, “So what? How is that even remotely new? We see that sort of spectacle on TV every other week.” Well, “No, you haven’t seen anything like this on television, and that is the point.”

The second season of The Mandalorian has already surpassed the first in every conceivable way. And yet, people won’t hesitate to dismiss it because it lacks the complexity of the dramas that dominate awards shows. We have to learn to appreciate entertainment that does one thing well, regardless of how unoriginal you think that thing is.

The last time I mentioned Demon Slayer (anime), I praised it for executing the same old shonen tropes really well. The Mandalorian is excellent in its simplicity. The production values are incredible. As I watched the scene I just described, I thought, “Wha... But... this isn’t television. This is a movie. I just watched a scene straight out of Rogue One”.

The Mandalorian is one of a kind right now because Disney has a lot of money. I don’t expect shows of this caliber to fill our screens anytime soon. I think other studios are watching The Mandalorian, and starting to realize that television is no longer as restrictive as it once was.

I have seen extravagant scenes of this ilk before but primarily in over-ambitious CW shows. Legends of Tomorrow, in particular, goes out of its way to film set pieces that it simply does not have the money to refine, which is why I spent a significant portion of the show’s first season cringing at how utterly silly some of the effects were.

The Mandalorian is doing what Game of Thrones did but in space, at least in terms of the visuals. I was shocked to learn that Bryce Dallas Howard directed Bigger Fish. My respect for the actress just rose. Watch The Mandalorian. The seasons are short. You can catch up in a few days. It is worth watching week to week.