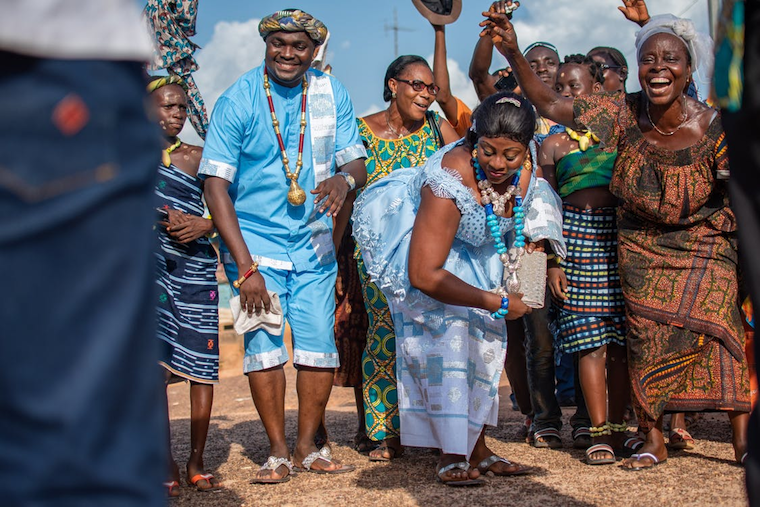 Just throwing out food for thought here; I have tried to comb my books and the internet for an answer to that question, but have not found a concrete answer yet.

But looking around me, I am really tempted to believe lovemaking was naturally meant to have a climbing curve, reach a comfortable plateau at some point, and even experience some diminishing returns before starting a fluctuating journey of good times and dull times as the couple rides into their sunset.

All this within a marriage. Purely my theory; so, don’t stone me. You can share your own after this. I believe, how long it takes for the sex life in any marriage to reach that plateau stage depends on different factors and dynamics playing out in that marriage, including how much a couple works on maintaining their chemistry, health issues and playfulness.

Some couples take several years on a sensual climb of their curve, while for others it takes mere weeks to that plateau and then they completely burn out.

And now to the interesting part of my theory: could it be that some have had too much sex before their marriage and reached several peaks, plateaus and diminishing returns on different graphs, such that they enter marriage when they are already burnt out in that department?

How do you have 200 sexual partners by age 25 (yes, a contestant on the reality show Love Island UK confessed to having had that many and was now on the show in search of true love) and expect to get married some day and not ‘compare notes’? Not a judgemental knuckle in my fingers as I type, meanwhile. Just saying.

Is it coincidence that marriages held longer and true in an era where couples came together with little, if any, sexual experience between them? Because the upward curve on a sex graph represents learning from each other, discovering together, etc.

Plus, when I look around me, couples that I know saved themselves for marriage seem to still be on that climbing curve sexually years later, while their counterparts that first plateaued in that intimate department before tying the knot, are still struggling to lift the collapsed curve once more.

Like I said, this is me and my rambling thoughts; I can’t back this up with anything scientific. But something has got to explain the current trend of brief marriages.

When couples say ‘getting married ruined our sex life’, what are they really saying? That they enjoyed a good upward cruise and possible plateau while in courtship, then when that curve started dipping and one stakeholder showed signs of losing interest or shifting priorities, the couple tied the knot in the hope of fixing things. It just did not work.

In one incident, I will never forget for as long as I live, the couple solemnised their union after decades of ‘courtship’ in a very beautiful, classy wedding. Then that wedding night, the groom did the unthinkable: he celebrated with his mistress, leaving his bride home alone! True story.

That sexual curve had long crashed and burned, in my opinion. No amount of rustic wedding décor and romantic music was picking it off the ground. But that is the case of a cohabiting couple formalising things.

A couple that came from the diaspora a few years ago to have their wedding and then return to their stations abroad, broke up while in transit at Dubai international airport, after a few weeks in Kampala. No, it is not something in our water; this sad trend in marriages is global.

So, if my theory is farfetched, let me hear yours. I really think increasingly we enter marriages when we are ‘tired’ and ‘have known bigger and better’ [cough-cough]; therefore, the threshold of tolerating ‘nonsense’ in bed is already worn thin, compared to generations ago where couples simply did not really have many options and comparisons. How do we fix that?