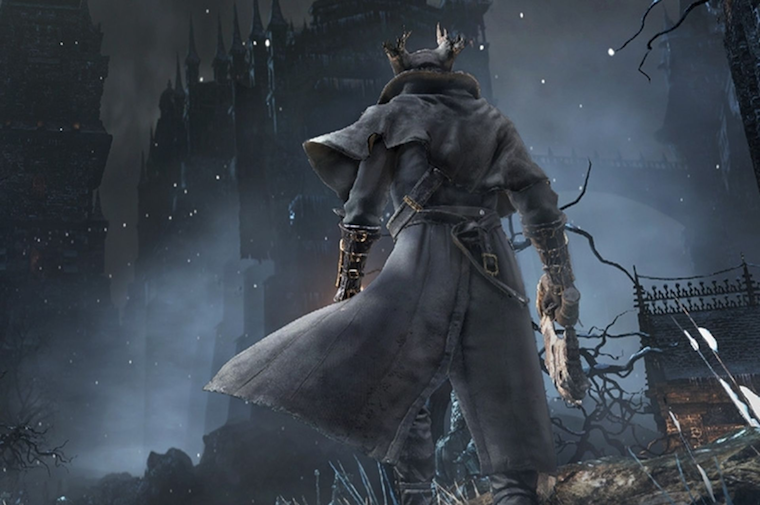 If you thought I was done with Bloodborne, allow me to quickly disappoint you. The more time I spend talking about this game, the more memories I drag to the surface, the more I have to say.

Today, I want to address all those people that hate Bloodborne, of which there are quite a few. Feel free to love or hate whatever you want, but most people hate Bloodborne for the wrong reason: they think the game is hard.

And to be fair, it definitely goes out of its way to frustrate players. But the game’s steep learning curve is not as problematic as everyone assumes. Some people just play it the wrong way.

It had a similar problem when I started. I couldn’t be bothered to play Bloodborne in the first place. I would remember the backbreaking effort it took to advance in Dark Souls and was not willing to pour that kind of time into Bloodborne.

But then Covid happened, the lockdown kicked in, and I was suddenly stranded at home with nothing to play except for Bloodborne. So I installed the damn game and started my journey.

I woke up on that table, confused and disoriented, navigated my way through the clinic only to die before making my escape. I revived, selected my weapons, snuck into Yarnham, and died again.

This happened dozens of times. Nothing I did mattered. I was faster, yet, for every blow I landed, the ghouls shambling through the streets would retaliate with twice as many, ripping me to shreds before I could get my bearings.

That is the first key to Bloodborne. Patience. Accept that you won’t make immediate progress early on and the never-ending loop of humiliating deaths won’t sting as much.

I had no such patience. But again, I had no alternatives. So I stuck with the game, slowly cutting my way through an army of exhausting opponents until I came face to face with Father Gascoigne.

Then I died again, not once or twice or even a hundred times. They have not yet invented a word to accurately describe the battering I took.

Gascoigne manhandled me in ways that are simply too embarrassing to recall. And this is where many players fail. Father Gascoigne is an easy boss. Fight him head-on and he will make you cry. But here’s the thing; you don’t have to fight him head-on.

Read the walkthroughs online and they will show you a quick and easy way to defeat him. I found that I could obliterate his first form by simply keeping a headstone between the two of us and then using the amazing reach of the Hunter Axe to shave his life away from a distance.

And once he transformed, it was a simple matter of staggering him with the music box, putting him down with a visceral attack, and then pelting him with cocktails until he died.

Does that strategy work? Yes. I came very close to ending Gascoigne’s life this way. Now, you probably don’t understand why that would have been the worst possible outcome. So let me tell you.

Shortcuts like the one above can make a frustrating fight so much easier. But they only work in the short term. Sure, you can beat Gascoigne with the Music Box, but what will you do against Dark Beast Paarl?

What hope do you have of successfully navigating the Nightmare Frontier? As far as I’m concerned, that entire level is a Boss, and yet it somehow pales in comparison to the terror of the Nightmare Mensis.

The less said about the Forbidden Woods, the better. The thought of those snakes makes my skin crawl. Like most games, this one gets harder and harder with each new level. If you want to enjoy it, you have to get good.

Use shortcuts to clear the first few challenges and the rest of the game will exasperate you. Bite the bullet, nurture some patience, and learn to fight.

Once you do, all the dread and anxiety you associate with Bloodborne will morph into fun and excitement.