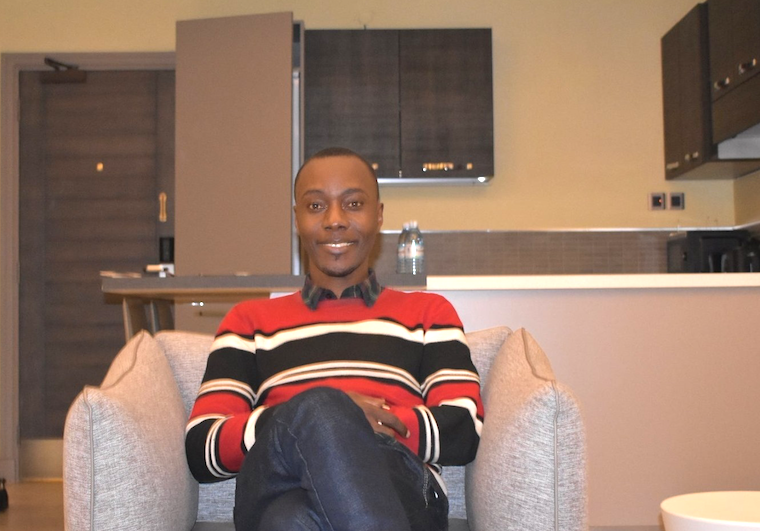 For more than seven years, Henry Mutebe has dedicated his life to saving the lives of the vulnerable, especially children and women in rural areas, who need critical medical care they cannot afford. A prolific blogger and social critic, the 33-year-old talked to Ernest Jjingo recently about what drives him.

A few weeks ago, the journalism fraternity was alarmed by a distress call to save a member’s life who needed surgery and ICU treatment at a private hospital.

Journalists through their different social media platforms contributed diligently – a Shs 20,000 here, a Shs 100,000 there – but then one Henry Mutebe appeared and gave more than Shs 1m. He had read about the patient’s predicament on social media and through his GoFundMe online platform, mobilized friends who came to the journalist’s aid.

This was just one of the many SOS calls Mutebe has responded to.

“I started doing this while still at university where I would mobilize for scholastic materials from my peers and take them to children in the village, and growing up seeing my mother working with people on issues of community health triggered me to take a keen interest in public health and community welfare,” he told The Observer.

When Mutebe spots such critical cases or gets a call for help from communities, he posts them online and asks anyone willing to donate to pitch in. He posts the cases online depending on their magnitude; those that do not need too much money he solves them by himself.

“I get distress calls from communities, mostly about children with complicated illnesses or those that have been referred from lower-level health facilities but who are stuck due to transport and costs associated with getting treatment in bigger hospitals,” he said.

Mutebe also mobilizes resources for students who have failed to go to school because of lack of school fees or scholastic materials.

After doing charity work for quite some time as an individual, Mutebe thought it wise to start a non-profit organization called Capacity Synergies for Development in Uganda, through which he could easily pool more resources for the needy.

He founded the organization in 2017 and formally registered it last December.

“Over time, I realized that for purposes of accountability, I needed a proper structure through which all my work is done and also the people I was helping became so many I needed to track and follow up their cases; that is why I came up with the idea of an NGO. I wanted to tap into other people’s abilities to be able to help those in need.”

Mutebe maintains that he wants to keep a thin structure for his NGO by operating it on a low scale with a few friends, rather than going in for a full administrative structure because he believes this would channel resources meant to help people to meeting the administrative costs.

“The [organizational] structure for most NGOs over time becomes more important than the cause for which they exist; so, when you set up structures, they start vacuuming the resources meant for helping. I do not want to be merely a vehicle through which resources are funneled to those people; I want to have an interface and form relations with the people I am helping and that is why I am maintaining a very thin structure for my NGO. I do most of the work individually,” Mutebe said.

For proper accountability of the money he gets from well-wishers, Mutebe has created a board of trustees, to which he is accountable. The board also helps him lay out plans of the things they should focus on.

Right now, the organization is running a GoFundMe project/medical trust fund to support highly motivated but financially disabled students who would wish to study a bachelor’s degree of medicine and surgery.

“This year we have already mobilized resources and we are going to offer full scholarships to three students to study medicine at university. About 179 students applied for the scholarship but we are beginning with only three because that is the number the money we have can support,” he said.

He believes that through offering these scholarships, he will contribute to increasing access to healthcare, especially in rural areas, by increasing the stock of doctors in the country.

Since the start of the Covid-19 pandemic, Mutebe has helped more than 100 children from different parts of the country access medical care, especially those with cancer and other complicated medical conditions, after movements became hindered by a nationwide lockdown.

“I thought this would be a period where it would have been difficult to get any financial assistance from people, because they have not been earning, but many have still reached out with the little they have and that has helped me to keep children in hospital.”

When Mutebe takes children or women to hospital for treatment, he meets other patients who are stranded with hospital bills or cannot buy medicine from the private pharmacies, and he feels obliged to help them too. Such is the calling on his life.

This back-to-school period has also seen many candidates reach out to Mutebe for help with school fees and requirements.

“There is an albino girl whose parents have stopped paying fees for yet she wants to go back and complete her senior six. She reached out to me and I have already mobilized resources so that she can go back to school. There is also a visually-impaired boy I have been helping with school fees, but now he tells me his father does not have money to pay for his senior six registration; so, I have also had to cover that so that he can go back and complete his education,” he said.

Most of the money Mutebe uses is from ‘small’ contributions by random people, friends, workmates who reach out to him when he posts on social media.

“I have actually never received any big donation from any organization. Most of my resources come from ordinary people who believe in my cause and send in the little they have.”

For bigger projects such as sponsoring students who would wish to study medicine at university, or buying an ambulance, Mutebe’s NGO has created online GoFundMe projects through which people all over the world reach out and donate.

Doing charity work, especially on an individual basis as Mutebe does most of the time, has its ups and downs. One of the major ones is the high costs of hiring an ambulance to evacuate patients, especially those upcountry that need to be brought to Kampala for better services.

“Hiring an ambulance can cost between Shs 600,000 and Shs 1m, because you have to buy fuel and pay allowances for the nurse and driver. This has been so prohibitive for my work. Imagine all that money being spent on just evacuating a patient and yet there are still medical bills to clear and medicines to buy,” he said.

Mutebe and his team have done at least 115 evacuations since January this year and 70 per cent of these are children, most of them diagnosed with cancer.

Now Mutebe has created a GoFundMe page to raise money for an ambulance so that he can get more children and women in rural areas to hospitals in time. Owning an ambulance would mean that money goes directly to a patient’s care. He believes that by the end of this year, he will have a private ambulance.

Mutebe, however, says the increasing online fraudsters have made it difficult to fundraise resources because people find it difficult to believe that it is indeed for a genuine cause and the fundraiser will really do what he is fundraising for.

He has noticed that Ugandans also suffer a credibility deficit, where many would-be donors think of them as corrupt.

“The high level of corruption here puts us at a disadvantage when it comes to mobilizing resources.”

But Mutebe keeps his funders updated about every coin he spends, and has gained their trust that way.

Last weekend he posted on his Facebook page: “This afternoon...I arranged, together with our four and seven-year-old children...to go and visit Sanyu Babies Home. We went to deliver some tins of baby formula/milk. Don’t give me credit for it, because I did not contribute to the buying of that milk. The money we used is what remained from what you sent me a couple of days ago when I was appealing for Shs 600,000 for a baby who is to undergo surgery at CORSU. That particular child has been admitted today at CORSU to prepare for surgery tomorrow.”

Having grown up in a tradition of community health with his mother, Jane Baitanunga, participating in a lot of community health services in Busoga, Mutebe derives his health passion from the belief that the productivity of a person starts with a healthy body and mind.

“Healthy societies are rich societies and if you want to improve the productivity of the society, you must work on its health. If a person’s health is poor, they become so vulnerable, they cannot work or access opportunities and the money they have is spent on maintaining their health,” Mutebe said, adding that he focuses more on children and women because their wellbeing consequently makes a healthy man. “If you are a man and your children and wife are healthy, then you can think about asset accumulation, but if it’s the opposite, then you will spend a lot of money on medical bills making [it impossible to] accumulate wealth.”

Mutebe, 33, was born in Namisambya village in Kamuli district to the late John Kitimbo and Jane Baitanunga.

He joined Kiira College Butiki for his entire secondary education. Initially, Mutebe says he wanted to study drama at university because he was so good at it during high school, but he was given a government scholarship to study Development Studies at Kyambogo University from 2006 to 2009.

With his first-class degree, he was retained as an assistant lecturer for the same course, which he did from 2012 to 2015.

During that time Mutebe was also involved in civil society work with different NGOs in Uganda, Ethiopia and Kenya, mostly in areas of community health, which he says influenced the work he is dedicated to now.

In 2015, he went to Oslo Metropolitan University in Norway on scholarship where he did a Master of Philosophy in Multicultural and International Education up to 2017. 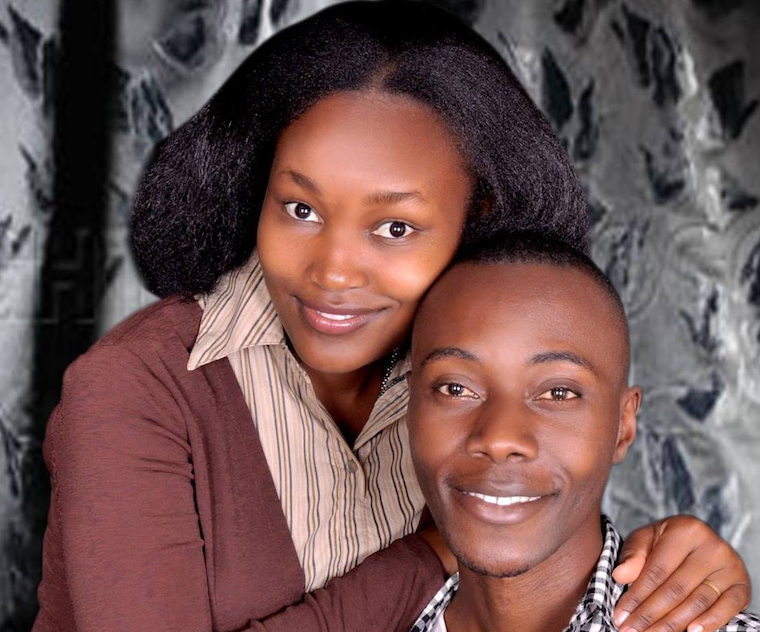 He got married in 2012, having met his wife, Caroline Kemigisha Mutebe, while still at university and the couple has two children, a seven-year-old daughter and a four-year-old son.

“My family is also an inspiration of what I do, because I think my children would not be happy if they lived in a society where other children are not happy.”

He acknowledges the tremendous support he gets from his family who also help out in any way they can; his daughter, for example, has been making dolls out of banana fibre and selling them to raise money for her father’s charity work and she has managed to collect up to Shs 1m from the dolls.