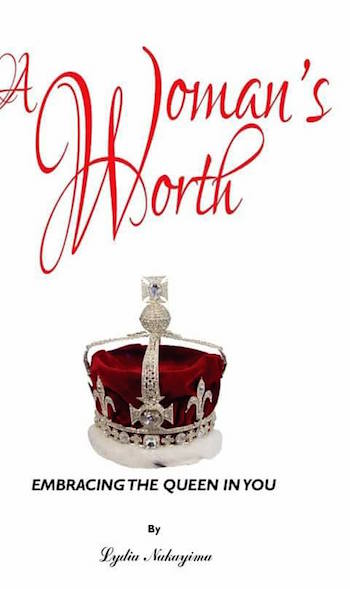 During the Covid-19 nationwide lockdown, there were at least 3,000 domestic violence cases reported, between March and May. Most of the victims were women, as has been the trend over the years.

Such incidents have played a big part in stripping the victims of any self-esteem. Yet, according to Lydia Nakayima, author of A Woman’s Worth, the notion that a woman scorned has no sense of purpose and, therefore, has no reason for living is not always true.

A Woman’s Worth is a small book that one can read even within an hour. Size has nothing to do with the literature quality; Nakayima writes tightly and avoids rambling for the sake of a bigger volume. Using quotes from prominent people, who have overcome physical or sexual abuse, anyone battling the aftereffects of abuse shall relate and possibly find the bieginnings of healing.

Sexual abuse and emotional torture (unfaithfulness) have equally affected women as domestic violence has. Not only have such vices caused women to doubt themselves and feel unclean, compelling them to retract, because many times society has made them feel it was their fault, some have ended up taking their lives.

A Woman’s Worth provides one with new direction and better perspective to life for any woman hurting. That one needs no approval to fulfill their goals in life. A setback in life must never determine a woman’s future. All she needs, is valuing herself and knowing, that regardless of all problems and abuse, she is worthy of happiness and greatness.

Assistant Inspector General of Police Asan Kasingye wrote the foreword for this book, recommending it as a great book for everyone feeling low.