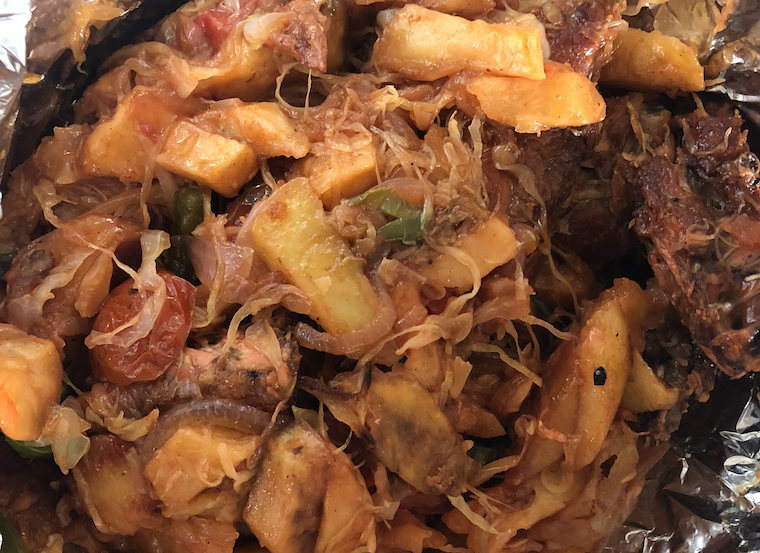 Once upon a time, slay queens would go like: “I feel like TV chicken”. Wandegeya and Ntinda were the headquarters.

It was the most unique way of roasting chicken in a rotisserie with a glass enclosure that offered passers-by a glimpse of rotating chicken, hence the name ‘TV chicken’.

A wet fry taste would be added to the chicken by mixing it with cabbage cuttings and onion rings caked in Royco mchuzi mix (seasoning) and roasted together with the chicken to suck in all the flavours.

Then came the Chicken Tonight, Cafe Javas, KFC, and suddenly the heavenly taste of our TV chicken became ordinary. It remained mainly a night meal for the drunkards staggering home.

It appears, though, the TV chicken vendors used that setback to reinvent. The pricing has hardly changed from 10 years ago, with the full chicken lusaniya (platter) of 10 pieces with chips going for Shs 27,000.

The taste though, has sumptuously changed for the better. The chicken is crisper and the accompanying salads and fries are now tinged with butter, adding a caramelized taste.

The fresh tomatoes, green pepper and onions add a slightly sweet taste to the chips, making them extremely tempting to continue eating even when full.

The lusaniya can serve up to five, but don’t be shocked if it gets downed by just two heavy-duty diners. If you order online through the Jumia Food app, you part with an extra 6,000 for delivery.

However, the packaging leaves a lot to be desired. The food is just wrapped up in foil, with the juices easily seeping out into the kaveera. But who cares?