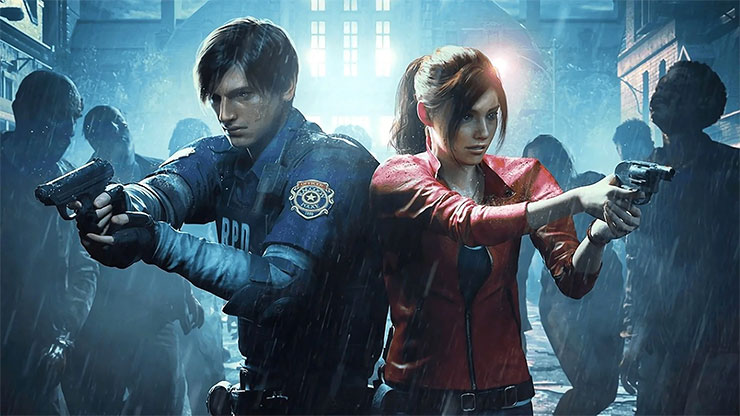 Resident Evil is getting a reboot; the movies, not the games. Hardcore fans of the video game franchise are excited. I don’t share their enthusiasm.

Resident Evil 2002 told a mostly original story. Yes, it borrowed some characters and settings from the video games, but it was more interested in doing its own thing than remaining faithful to the video games.

The sequels strayed even further from the video game franchise they were expected to represent. Those gamers have spent years calling for this reboot. I can’t say I understand their attitude. I love the Resident Evil video games. They are, without doubt, the best zombie games ever.

However, I also like the movies; not the animated versions, but Paul W.S. Anderson’s live-action monstrosities. If you hate them, I understand; as far as quality filmmaking is concerned, they are lacking. Still, I remember watching that first installment in 2002 and loving the hell out of it.

The second one was even better and I can say the same for the third. Constantin Film has promised audiences a more faithful adaptation that will mine the stories of the first two video games. I initially scoffed at the idea of a Resident Evil 2 remake, but the final product blew me away.

But now, this idea of watching on the big screen the exact same story I played in a video game does not make sense. Why would you want a live-action adaptation to recreate a story you have already seen?

If you love those games so much, go home and play them. I prefer adaptations that stray from the source material because that gives the director room to create engaging, entertaining, and unpredictable content.

13-year-old me loved Chris Columbus’ adaptation of The Philosopher’s Stone. It was such a faithful recreation of the first Harry Potter novel. 17-year-old me re-watched and ultimately hated that movie specifically because it was so loyal to the source material.

Prisoner of Azkaban, on the other hand, rocked my world because it felt so fresh. Yes, I know, the comparison does not work but I think you get my point. Paul W.S. Anderson’s movies had their flaws but he made that universe interesting.

While I loved the Resident Evil 2 remake, that game does not have much of a story. Leon goes to Racoon City, a horde of zombies accosts him, and then he spends the rest of the game trying to escape.

Those games are fun to play. But their stories are honestly not that engaging on their own. And unfortunately, that is the curse of most video games. The people that have attempted to turn them into movies keep failing because the events they are working so hard to recapture on the big screen are only riveting when the viewer has control over the character.

I had a blast guiding Lara Craft across that fallen plane as it hung precariously in those vines. Whenever the wing shifted, the tension would suck the oxygen out of my lungs. That same scene in the Tomb Raider live-action adaptation was sleep-inducing.

Resident Evil is not God of War 4 or The Last of Us. It is meant to be played, not watched. A faithful adaptation of the stories told in the first two games is unlikely to keep audiences interested.

Hopefully, they surprise the heck out of me.