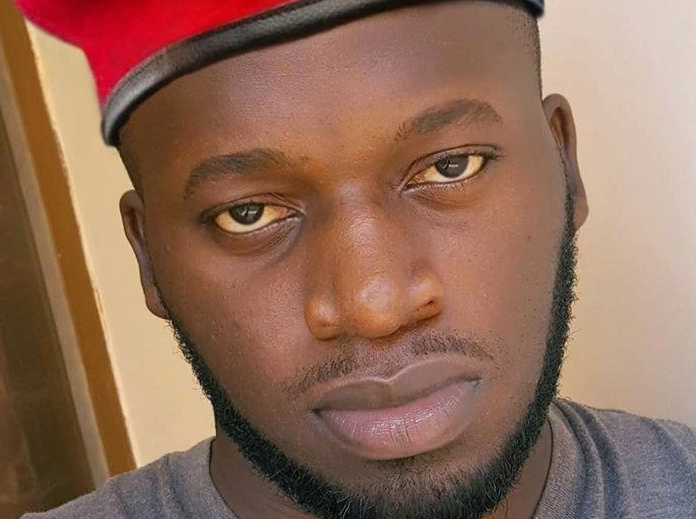 If you are an ardent user of social media, then you have come across some funny videos and photoshopped pictures of a one Sesa Bat. The 29-year-old has garnered a huge following, including the country’s top celebrities.

Quick Talk talked to him about his life as a comedian and why he is so obsessed with Zari.

For starters, what is your real name?

My real name is Tonda Nasser. I am from the mamba clan, a Muslim and a very disciplined guy.

How then, did you come up with the Sesa Bat name?

When I was in school, I used to be a very sharp but stubborn and funny kid. So, around primary two, my cousin told me to shift my name from Nasser to Sesa [make people laugh] because I was too funny. Then around senior two, I felt I needed to make the Sesa name complete and I thought of a bat, which I find to be a unique creature because it is the only flying mammal; and so, I added Bat to Sesa and came up with Sesa Bat.

And what is your fondest childhood memory?

I used to be a very good biker and we would even race around the village, but growing up with a single mother, she was not able to give us a luxurious life. I used to pressurize her to buy me a bicycle just like many of my friends had but she clearly did not have that money. To my surprise, she saved some money and bought me my own bicycle and it was like a dream come true.

How did you start online comedy?

Comedy actually came by mistake because I wanted to be a rapper and I used to participate in rap battles at school, but during my second year at university, one of my friends dared me to imitate the phone emojis and after doing them, I posted them on my social media accounts and they went viral.

I started getting many followers and it is then that I realized I could make it big on social media. I thought of what to do next and that is when I also started photoshop. I edited and photoshopped a picture of me with Rihanna which looked so real and many people asked me whether I had really taken a photo with her. I took it seriously and went on to do photoshops with different celebrities and also added videos.

What about the rap dream?

Actually, during this lockdown, I have been recording songs and I am planning to release an album sometime next year, and some songs off it will be out soon.

So, Fik Fameica, Feffe Bussi and Gravity Omutujju, watch out because the real rapper is coming. [Plays Quick Talk one of his songs and it is quite impressive].

What inspires your comedy?

Basically the people around me, and society. My content rotates around how people behave or anything which is trending at the moment. I also pick ideas from the conversations I have with my friends and I come up with content.

For a person with a degree in Community Psychology, why did you choose comedy as your main career?

My passion wins over my profession. I think the comedy brings in more money for me than psychology would have ever had. Sadly, our education system does not put so much emphasis on talent but if you really love something, you end up doing it.

What was your mother’s reaction when you told her you were choosing comedy?

My mother has always been supportive. She is the one who actually paid for my first studio session, because she thought I wanted to be a singer. The issue was my sister and other relatives; one day they sat me down and told me what I was doing does not agree with our religion, but I insisted and convinced them this is what I wanted to do. They are now proud of me.

Did you ever practice being a psychologist?

I practiced it once. There was a married couple that came to me with marital problems and I started advising them. At the end of it all, they asked to see my boss, because they could not understand any advice I was giving them. I mean, what could I have told them; I had spent years without being in a serious relationship myself.

Hehe…that poor couple! What is the good part about social media?

If you do online comedy, you get more endorsements, because most brands want someone who has a big following; so, to me it is financially benefiting. Another thing is that social media is the new era; so, that means I am moving with the digital trend and I am one of the champions of social media right now.

And the bad part?

You have to be super creative every day because unlike stand-up comedians who can repeat their skits in different places, I have to come up with new content everyday and it is kind of draining and challenging. I also get judged a lot especially when I put up posts when I am wearing dresses, makeup or wigs with some people perceiving it as gay or childish, yet it is just creativity.

What is the biggest skit or photoshop you have done?

There is an NBS reporter who was reporting live from a game park and was chased by an animal. I redid it with more fun to it and it got over 900,000 views. Another one was about Zari and Zahara Toto; where Zari looked at a child and it smiled, but when Zahara Toto looked at the child, it cried.

Surely you must have rubbed some people the wrong way...

UCC recently came up with regulations for you online content creators…

I think all this is coming in because of politics. They have realized that social media is now very powerful and many bloggers now put politics into their work and such regulations are being brought up to limit such people, but in the end it is also going to affect us who don’t mix politics with our work.

Well, at the end of the day, you guys earn big from it…

It would be fine if government was also playing its part but it wants to collect taxes from us yet it does not support us in any way. Data is so expensive and we have to pay OTT tax, which is already limiting people from using social media effectively.

You talk so much about Zari. What is your relationship with her?

Our relationship is up and down, like the Kampala hills. She is both my friend and fan. It started with the photoshopped pieces I would make about her; she picked interest, and we started chatting. Some of them annoy her and she blocks me, but she later cools down and we go back to being friends.

I am hopeful in the near future we shall be more than just friends, because the more you pursue a lady, she eventually gives in and good enough she is single right now. I have a very big chance of winning her.

Okay…What do you admire most about her?

Oh my goodness! Haven’t you seen her legs? They are such a beauty. She is also mature, independent and makes her own money. I do not want a woman who asks even the smallest things from her man.

Besides fantasizing about Zari, are you in a relationship?

I cannot say that I am settled in a relationship, but there is someone I am still [sieving] to see whether she has the qualities I want.

Honestly, I prefer light-skinned women, but again the problem these days is that there is a lot of bleaching; so, I am pulling back from that as I grow up. I want someone who is presentable and has my personality, sense of humour, loves social media and following trends, but above all, I want a woman who does not ask for transport money and airtime.

Do people ever take you seriously, though?

Some of them do not, especially women. They think everything about me is a joke yet I can be a very serious gentleman.  Sometimes I even post real pictures and people think it is photoshop.

What do you do apart from comedy?

Of course I am a psychologist. I also own a snacks shop and I am an events MC.

A snacks shop; so, you are a good cook?

No. I just love eating so much and during the first year of opening it up, I was almost going to cause it to collapse because I would eat the snacks myself.

Hahaha…kyokka Sesa Bat! What have you achieved from comedy?

I have endorsement deals from companies like Jumia, Rena Beverages, Sozo Property Consultants, Jesa Milk and many others. I have managed to buy myself some land, but above all, I have got connections with celebrities and other important personalities.