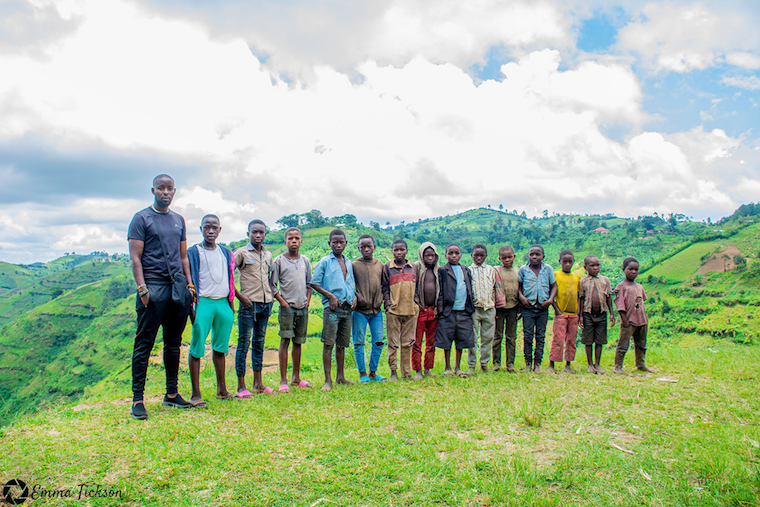 Did the ambassadors deliver the desired effect? The jury is still out on that. Before coronavirus happened to the world, more Ugandans had started visiting their tourist attractions, although it is hard to measure the contribution of the ambassadors. Many on social media had questioned government’s choice of ambassadors, citing their very different social status and detachment from a certain class of Ugandans.

A few weeks ago, the state minister for tourism, Godfrey Kiwanda Ssuubi, unveiled musician Eddy Kenzo as the new tourism ambassador, and despite his stardom, he could be the best choice for the job, seeing as he reaches all classes of Ugandans, without losing his international appeal.

Kenzo started his #DestinationUganda project by visiting Queen Elizabeth national park, while posting on social media. Sadly, he used photo-shopped images in some posts, showing himself walking with a hippo in the park.

Clearly, the ambassadors have also not been tourism enthusiasts themselves, hence the gaffes; anyone who has been to the parks knows that the hippopotamus is one of the least friendly beasts in the wild. No one takes a walk with it and lives to tell the story. Besides, what if intending visitors are misled into thinking they can actually walk casually with the animals in the national parks?

Still, according to Eric Ntalumbwa the publicist for Uganda Wildlife Education Centre (UWEC), when it comes to the Uganda tourism ambassador role, “Eddy Kenzo is the right choice. Eddy Kenzo is a trending artiste and sending a message about Uganda’s tourism potential to the world was made easy thanks to his musical success”.

Ntalumbwa, is not alone in his faith in Kenzo. In an interview with minister of state for tourism Godfrey Kiwanda Ssuubi, he said they settled for Kenzo because “he sings positively about the country, unlike other musicians who portray negativity in their music”.

“God gave us the most beautiful country in the world characterized by nice weather and people. How then do we gain something out of this? Kenzo’s music record transcends Uganda. He has been on various ambassadorial roles and we feel he is the kind of person we should associate with to take the sector to another level,” Kiwanda said.

Kiwanda said before the lockdown due to coronavirus, tourism was contributing 10 per cent to the country’s GDP. Reviving tourism fast is one way to kick-start the economy after the long Covid-19 slumber.

“The strength and resilience of the sector have helped it thrive intensively. We believe tourism will be the answer to reviving our economy as this partnership will build the visibility of Uganda both locally and internationally.”

“He will promote our tourism through the project ‘#DestinationUganda’,” Kiwanda added.

Entertainment personality James Propa said timing was everything in getting Kenzo on board.

“This job doesn’t mean so much to him [financially], but it is one of the few options available during this Covid-19 time,” Propa said. It is thus an opportunity for Kenzo to stay relevant and fan his ego. “You can actually see some of his posts where he calls himself ‘His Excellency Tourism Ambassador’.”

Propa said Kenzo is the right person for the job, but only if the government understands where he can deliver best.

“People love and groove to his sound. We have actually seen images of people crying while he performs. That’s how much influence he has out there,” Propa said.

It also helps that Kenzo has a heavier social media presence (more than 340,000 Twitter followers and at least one million YouTube subscribers) than previous ambassadors. Media personality Kella Mckenzie said during the flagging off of the first winner for ‘Take on the Pearl of Africa’ digital campaign organized by UTB last Thursday, the fact that Kenzo has come out to promote his country without pay, adds value to his work.

It is a win-win deal for the musician and government; Kenzo gets to explore his country on all-expenses-paid trips, while UTB gains access to his legion of fans and followers.

In a phone interview, Kenzo said having a big following and traveling the world is just an added advantage.

“I want to thank the Government of Uganda and UTB for entrusting me with the ambassadorial role. Tourism in Uganda is more than just the flora and fauna and it widens to culture, food and language. Working closely with many tourism players, I will be able to do the job well and my focus is on domestic tourism,” Kenzo said.

He urged Ugandans to love and appreciate what they have.

“Working as the tourism ambassador will have me do whatever it takes for Ugandans to appreciate their own and realize we are rich with more than just flora and fauna.”