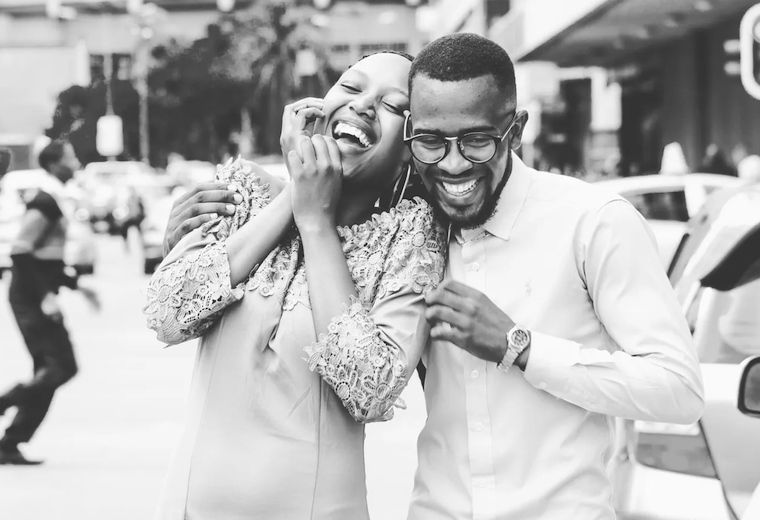 Under quite strange circumstances, that spouse who is incapable of public display of affection can be the real freak in bed. In a good way, definitely.

So, in case you have been wondering what that neighbour sees in their ‘dead as wood’ spouse, there!

And in case you were considering calling off courtship of the girl/boy who refuses to hold your hand or kiss you in public, you could be throwing away a ruby that glows in the dark.

Of course there are many couples, who suffer both publicly and in the secrecy of their sensual sanctuaries too, because their marriages simply have no chemistry, or they married for all the wrong reasons, to the wrong person.

But ceteris peribas, I have learnt not to judge people’s marriages and sex lives by how much they are all over each other (or not) in the glare of the public eye. Talking to different people that put on an ‘indifferent but not disrespectful’ show in public, when they are away from prying eyes, it is a whole different story and the pink elephants march in screaming and screeching for joy.

I have also been shocked by some of the couples that have reported little or no sex in their marriages; some of them have the most beautiful public/social media displays of affection that do not mirror the actual misery in their sex lives!

While sex therapists and psychologists encourage spouses to start the process of lovemaking much earlier in the day by being openly affectionate, communicating sexual needs in naughty ways and dropping hints of fuchsia bu-elephants ahead, some couples have mastered the art of keeping up appearances this way, without following through once there is privacy.

A famous Kampala couple I always admired from afar by how much they held hands in public, gazed in each other’s eyes longingly, shocked me with their very public divorce and the wife later saying what a wife-beater and unavailable man her husband really was.

On the flip side, the young lady I have written about here before, who told me she naughtily tips her husband with real cash for a job well done in bed, has the most ‘distant’ public relationship with her husband.

When they arrive for a function, it will most likely be a couple of minutes apart and they will sit separately, given a chance. I used to find that so odd of the couple, until she opened up about how contrasting things are when it comes to their intimate moments.

“I sit a lot among women sharing about how bad their marriages are and I have learnt to keep quiet or go with the flow,” she once said.

“If I told them how good things are on my side, they would probably call me out for lying or exaggerating, but honestly, my complaint [eight babies later, by the way] is an overdose of great sex, if I can put it that way.”

Yet outwardly theirs was one of the most emotionally distant unions I knew, until I got to understand its intimate workings. Apparently, some couples like the extreme character-makeover that happens when only one’s spouse is watching. Those couples have mastered the art of compartmentalising their lives in ways that never allow the mystery and sanctity of sex to leave the marriage altogether.

For them, it remains a ‘privilege’ for their spouses to see certain body parts, and it does not matter if the rest of the world calls them old-fashioned or prudes; but every time she flashes the usually covered thigh, her husband loses it a little. Every time he touches her, it quenches a long-held thirst and craving.

Something like that, is what those who subscribe to this school of thought, explained. Now, by all means go on with your PDA, if you are that kind of couple; no wahala.

This was just to explain that the seemingly boring couple across the fence from you? Hoo! You would be shocked to know that lies beyond their book cover.