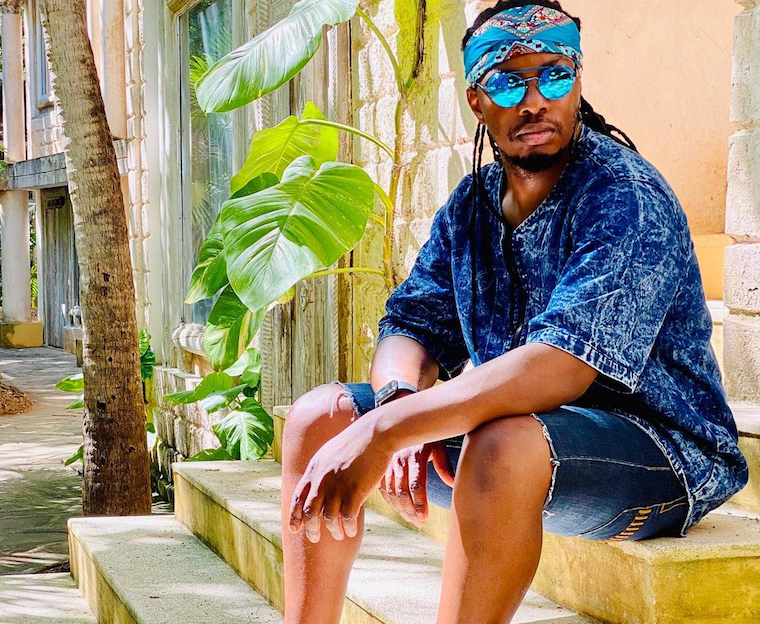 GNL Zamba is one of the pioneers of the Luga Flow genre of hip hop in Uganda with breakout songs such as Soda Ginger Ale, Yenze and Koyi Koyi.  The Baboon Forest boss is transitioning back to living and working in Uganda after close to five years in the USA.

He sat down with Crystal Newman on her YouTube show Crystal One on One, and Quick Talk brings you excerpts from that interview.

So, most people call you GNL?

Yeah most people call me GNL, others call me Zamba and others just G. My dad and mum used to call me honey, I  was spoilt because I was the only boy.

You were surrounded by women, how many are we talking about?

I have three sisters but again the family had many other powerful women; my mum, grandmother and three aunties. It was only me and my dad as the two boys around.

Welcome back to Uganda; is it just a break, holiday or you are trying to do some work as well?

It is a mixture of all those things but initially we were planning for it to just be a holiday. Check on family, friends and fans and also do some projects.

When were you born?

I was born in 1986, just as [President] Museveni was taking over. I was born on January 22 but I celebrate it on the 29th for weird reasons.

What does that mean?

My dad and my mum don’t agree on my birth date and the hospital were I was born also has a different date on my birth certificate. My dad insists I was born on the 29th because of the events he says he remembers happened on that day and there is no way he could forget.

Then my mum says she is the one who pushed me out on 22nd, which was a Friday (the calendar shows 22nd was a Wednesday-Editor) and then the hospital records show 25th. So, I celebrate my birthday for a week.

Where were your parents at that time?

They were in Kampala. My mother was working for Uganda Transport Company and my dad was an electrical engineer… he was more of  just an electrician.

Oh God, we were always fighting. I used to fight [especially with the sister] I follow and it was usually a battle for the TV remote. The fights would always end up with someone switching off the main switch so that we all at least didn’t watch.

Were you active in school choirs or drama?

No, I actually hated drama and choirs…anything to do with uniformity would make me rebel. Another thing is, I hated the choirmaster beating his thigh as a way of counting the metronome and every time you would mess up and not sing in time, he would shout and sometime even beat you. Up to now I hate the sound of a metronome.

Isn’t it crazy that something from then can still trigger you now?

Yeah, it is very interesting… I am one of those people not ashamed to say that I am seeing a therapist in the USA; not because I have mental health problems but it helps me deal with relationships and people and also understand myself much more.

Was there a reason for you to seek out a therapist?

First of all, it is Los Angeles and everybody has a therapist or goes for yoga, but…the main reason was because I wanted to have better relationships with people; it helps you hold a mirror to yourself and have introspect and better understanding of others’ pain.

So, why ‘Baboon Forest’?

Baboon Forest came from my love for monkeys, especially the big ones like apes and Rafiki, a character from the Lion King movie, and because monkeys are a part of our folklore.

There is a folk story that the monkey always encourages the people to become kings; so, I am calling myself the kingmaker that in hip hop we have designed a template that can be used by anybody to become great.

After all this time, do you feel there are some things you could have done differently?

Everything happened the way it was supposed to happen; yes, there are several mistakes that have been made but I am glad we made them and in a time where they could be revised. Those mistakes made us who we are now.

Was it a challenge starting all over again in another country?

It was very scary but I am always encouraged to do things that scare me. If I am to compare the GNL who was back then living in Uganda to the GNL right now, they are totally different people and I am glad I let the other GNL die so that a new seed could germinate.

How are Ugandans faring in hip hop?

To be honest, the content is missing. It is not as deep, but some people don’t like depth while others do. There are so many talented kids, though, and there is more diversity.

Who are you feeling right now?

I like listening to Jim Nola MC, because he challenges himself to create punch lines. I need to talk to his management about his branding, because he needs to shine.

Feffe Bussi is also doing his thing, but we need him more as a rapper. I am really proud of Big Trill as well, not because he was in Baboon Forest, but when I signed him I didn’t see the viability of bringing on a person rapping in English but I wanted Uganda to experience someone who could explain Uganda in English.