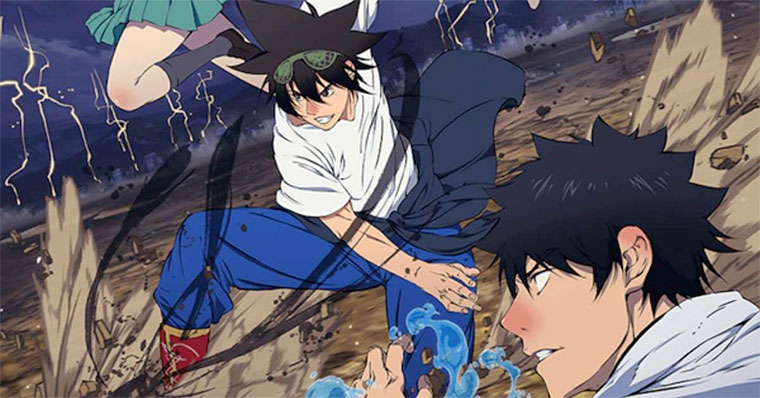 I finally watched The God of High School and the hype surrounding this anime is astounding.

The reviews from most corners of anime fandom are staggeringly positive, which is rare for new shows. Besides, as far as martial arts anime is concerned, Kengan Ashura is still king. I mention this because I have encountered fans of The God of High School that have attempted to elevate it above all other recent anime in the genre.

The fluidity and the detail in Kengan Ashura is simply magical; The God of High School can’t surpass it. I have nothing against Jin Mori. But outside the ring, he’s boring.

Jin looks amazing. He has that spark that sends a chill down your spine whenever he leaps into action. Everything works, not just the outfit but the eyes and the hairstyle. But at his core, Jin Mori is basically Goku. He reminds you every excitable, simple-minded, incredibly talented shonen hero you loved as a child.

Notice how characters like Luffy and Gon fit that description as well but they have charismatic personalities that set them apart. Jin is not quite as lucky. Then, I have fond memories of The God of High School. If that title is new to you, The God of High School is a manhwa – a Korean comic. And when I was just starting to engage with the anime community in Uganda, it was the most popular comic around.

We could not get enough of the action or the characters.  But then Yongje Park, the author, abandoned the high school setting and expanded the scope of the story and threw Jin Mori into conflicts of a far more epic nature. High school scuffles were suddenly replaced with apocalyptic battles with global consequences.

I lost interest. I don’t know if the anime adaptation will revive interest in the property, but no other title is more deserving of an adaption than The God of High School.

Who knows? If this trend of Manhwa adaptations continues, The Breaker could soon follow. It is probably the only other manhwa that rivals the excitement The God of High School used to generate.

The first time I read the manhwa, my brain could not quite understand how an artist could generate motion using still images.

And yet every panel of The God of High School my eyes fell upon felt alive. I could see every blow, every stretch of the leg, every thrown punch.

I could follow the motions of lithe bodies twisting athletically through the air, the contortions of faces on the receiving end of a devastating blow, the spray of blood on the floor.

The manhwa had all the detailed fluidity and it blew my mind. The adaptation has time to improve. I like what I have seen so far but I know that the show is capable of so much more.