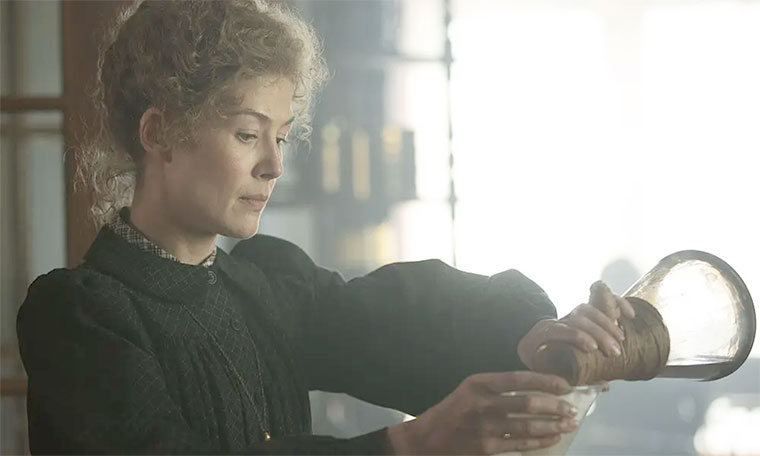 The movie charts her journey from the 1870s, exploring the romances she encountered, the partnerships that eventually propelled her research forward, her marriage to Pierre Curie, and their groundbreaking work.

Marie Curie became the first woman to win the Nobel Peace Prize. Though, the consequences of her work eventually claimed her life. She died from radiation exposure in 1934.

Radioactive premiered at the Toronto International Film Festival in 2019. It is finally coming to Amazon Prime Video. Rosamund Pike, who appeared in films including Gone Girl, plays Marie Curie.

She has been praised for her dazzling performance. Marjane Satrapi, the director, is an Iranian-born French cartoonist, graphic novelist, and illustrator. She also writes children’s books. Satrapi’s comic books are autobiographical and they have received a lot of critical acclaim over the years.

Incidentally, Radioactive is an adaptation of a graphic novel of the same name that Lauren Redniss wrote. An American artist and writer, Lauren has produced works such as Century Girl: 100 Years in the Life of Doris Eaton Travis and Last Living Star of the Ziegfeld Follies.

The New York Times previously nominated her writings for the Pulitzer Prize.